Older Daughter's music recital was last Saturday. Her elderly teacher, in addition to teaching piano, also teaches harp, so the harps dominate the scene. It really is extraordinary to be in the presence of fourteen harps at once, ranging from full-scale concert pedal harps down to little Irish lap harps. 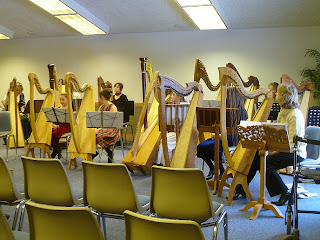 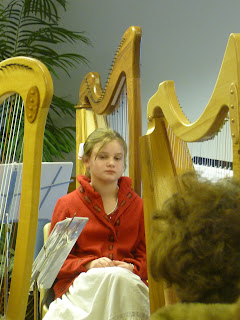 There's just nothing prettier than a harp and its player. 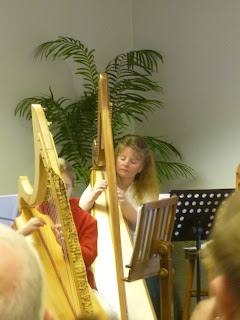 One of the students played French horn... 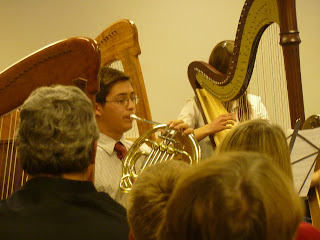 ...and this young lady belted out "Jolly Old St. Nicholas" in beautiful style. 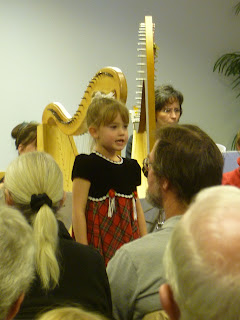 Older Daughter played two pieces (We Three Kings and Prelude in C) and played them beautifully, without one single mistake.  She was relieved! 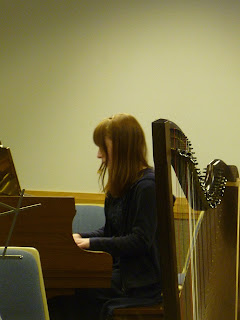 The relief was short-lived, however, since the next day (Sunday) both girls played in church, along with some other children. 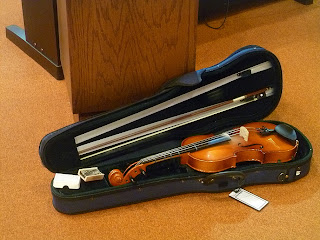 Little Reeser at first was more interested in the camera than the music. 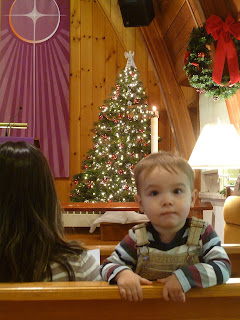 This fellow has only been playing trombone for two months, and I was astonished by how clear his tone was.  That's a difficult instrument! 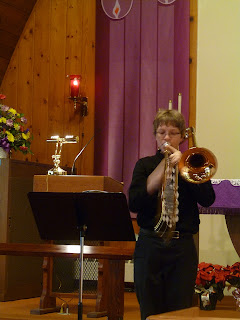 This young lady made a mark with her clarinet. 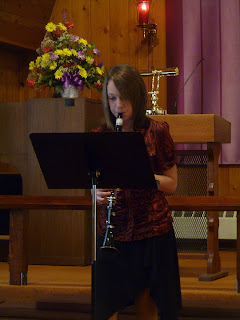 Little Haileigh (age 4) gave a rendition of Away in the Manger, along with her Sunday school teacher.  The microphone was turned up too high so she nearly blasted us from our seats, which gave the congregation a good chuckle between putting our fingers in our ears.  She's not shy! 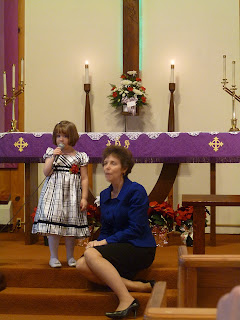 Younger Daughter played beautifully.  She won't admit it, but this performance was less nerve-wracking than the last (though when she reads this she'll deny it). 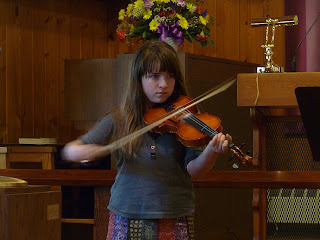 Older Daughter not only played a couple of pieces solo, but she also played the accompaniment to Younger Daughter's violin and the other girl's clarinet. 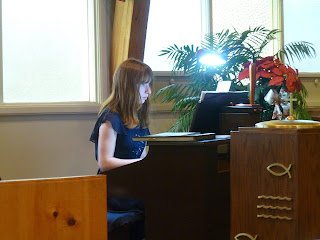 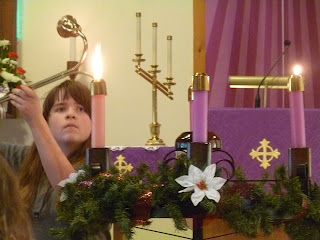 Our pastor reads the Gospel text upon which the sermon was based. 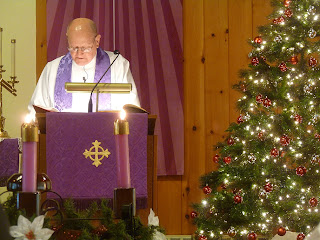 Altogether it was a beautiful service, though I think the girls are relieved it's over!
Posted by Patrice Lewis at 2:58 PM