Last week we went down to cut a Christmas tree in our woods.  As an aside, some friends were telling us that trees bought at urban Christmas tree lots are now topping $100.  Is that true?  If so, yikes! 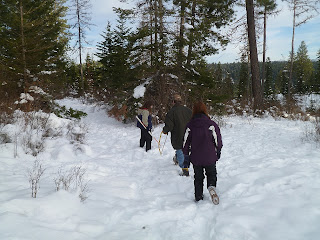 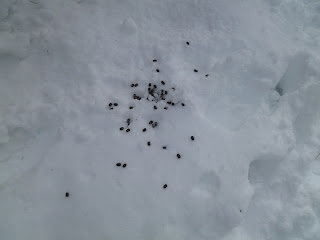 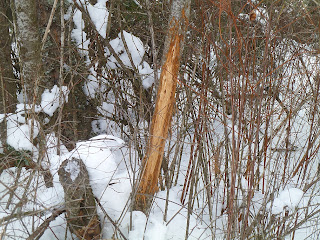 The girls had scouted out a suitable tree a few days before. 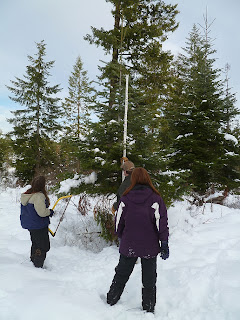 It was an odd tree, with no branches until about the four-foot level, then a beautifully shaped center, then a weird long thin top that could be trimmed. 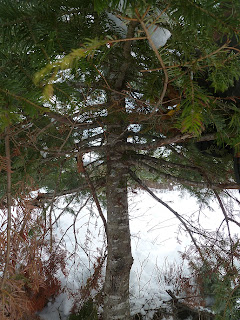 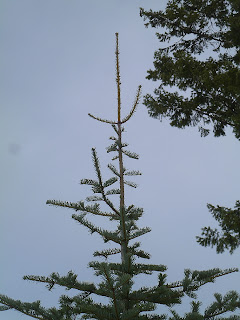 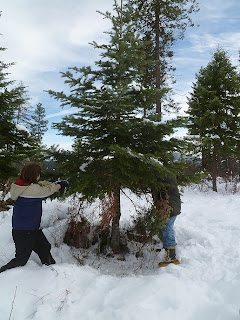 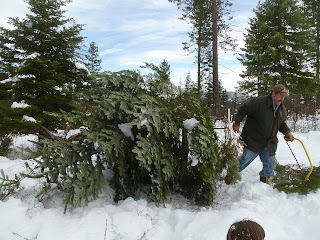 Then came the fun part: dragging it up the snowy field toward the driveway.  The girls tried first and could barely budge it between them.  So it fell - gee what a surprise - to Don and me to drag it.  We stopped to (cough) admire the view quite frequently as we slogged uphill through crusty deep snow. 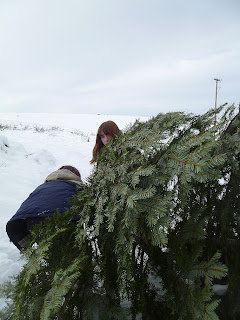 When we reached the pasture fence, Don managed to heave it over into the driveway, where dragging would be easier. 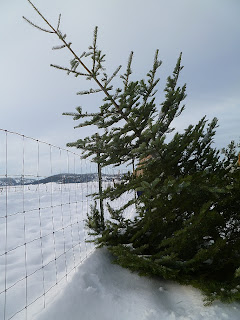 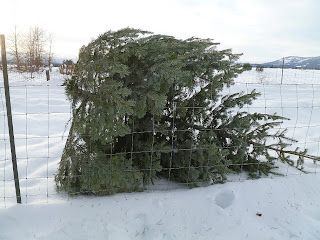 Meanwhile Brit wondered what on earth we were doing.  I thought this shot turned out well.  (Click to enlarge.) 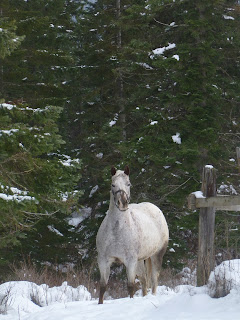 So here's the tree. 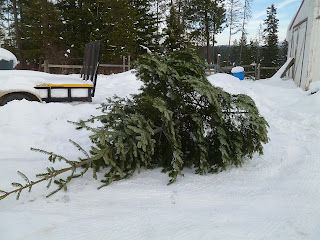 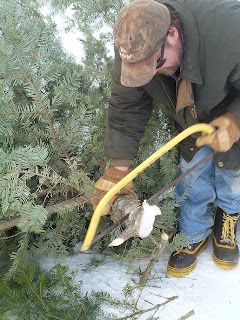 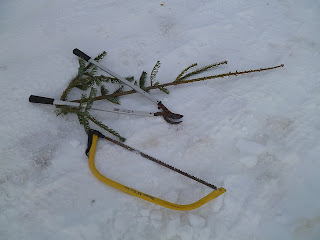 Forcing it through the doorway was an experience.  Somehow, magically, the tree grew much wider between the time it was trimmed and the time we brought it indoors.  Funny how that happens. 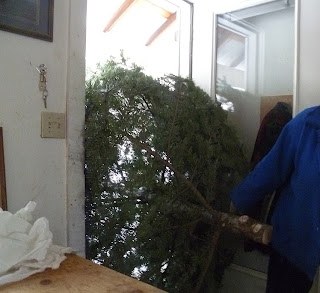 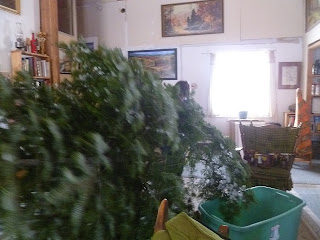 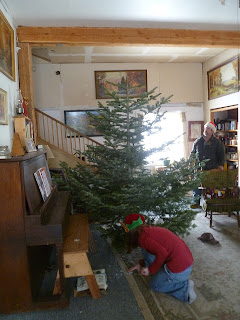 We got new tree lights.  These are the first new lights we've had in ten or twelve years.  The old ones were unreliable.  You know the routine: we'd be three-quarters of the way through stringing up the lights on the tree when one of the strands would suddenly go out, that kind of thing.  Let's hear it for new lights! 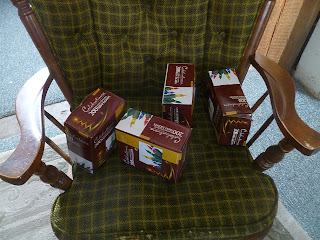 Lydia thought we were looney to bring a tree inside the house. 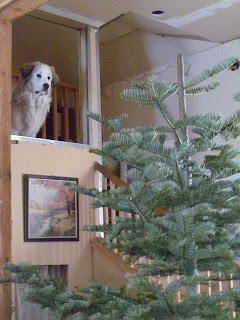 We strung the lights, then Don (as head of the house) did the honor of putting the angel on top. At long last, the kids could start decorating! 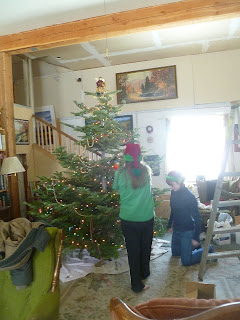 I think the result is lovely. 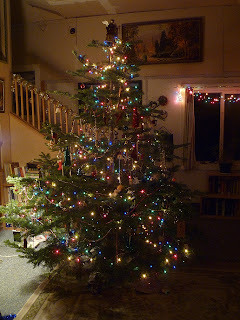 Posted by Patrice Lewis at 9:16 PM