We've been having the most extraordinary weather lately.  It's...warm!

This is a far cry from our weather over Thanksgiving, which was bitter cold and very snowy.  The snow curled off the porch roof with amusing stubbornness (stubborn because this curl got lower and lower until it blocked the light to our front windows, but refused to drop to the ground until we knocked it down). 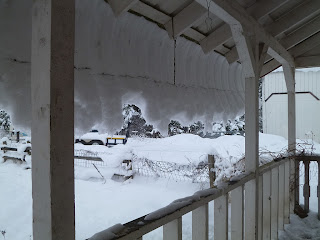 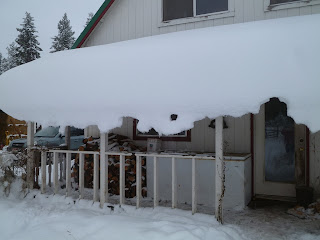 When the snow slides off the roof, it does so with a sudden avalanche-type noise.  One day at the end of November, I heard the tell-tale sounds of snow inching downward and knew we'd have a big slide-off, so I positioned myself outside: 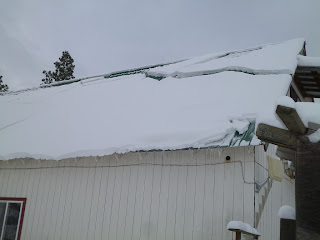 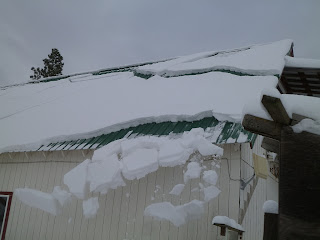 A little more During: 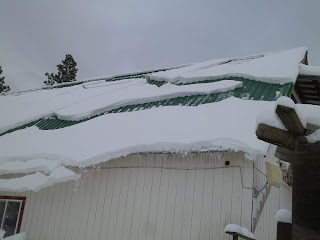 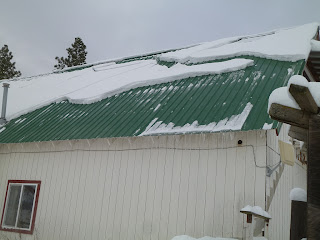 But that was then, this is now.

Our temps on Sunday rose to 42F.  This meant the snow started to melt.  And boy, did it melt fast!  By Monday morning, the packed snow which formed a ridge under our roof line was reduced to a mere fraction. 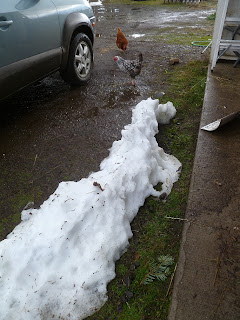 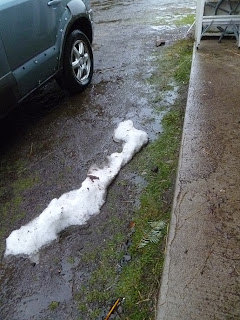 The snow is gone!  And it's been raining cats and dogs on top of the snow melt, so things are soggy.  Here's our wheat field: 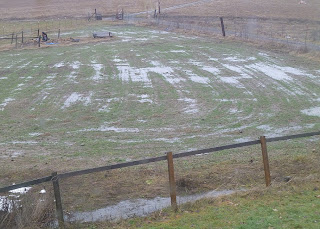 We took advantage of the mild weather on Monday and did a general clean-up outside.  Normally we do all this stuff before we get snow, but our Thanksgiving whomp caught us by surprise.  So now we coiled hoses... 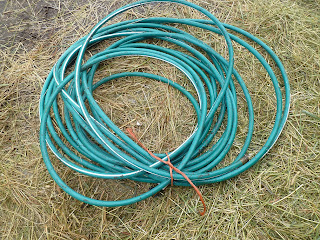 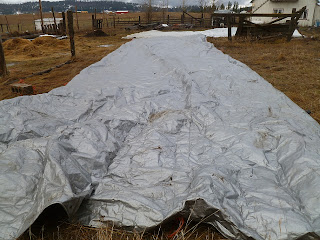 We stashed away tools, collected cinder blocks, stacked wood on the porch, and generally prepared to have everything buried for another four months.  At least this way if there's a mysterious lump under the snow, we know it's nothing vital.

Here's a vole, hanging out in the folds of one of the tarps. 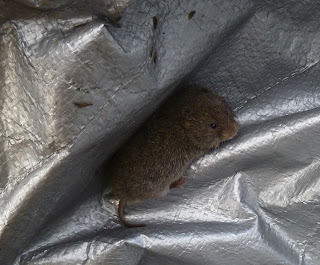 During all this, we were dodging rain showers.  Here's a curtain of rain rolling in so fast that moments after snapping these pictures, it was pouring and we all sprinted for shelter. 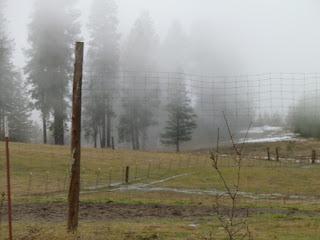 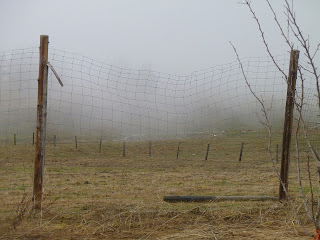 Then just before sunset, a shaft of light illuminated some of the ground mist.  Beautiful. 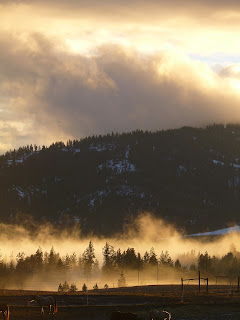 It's a good thing we got all this done on Monday, because since Tuesday morning a howling wind has plagued us, and the temperature is back down to freezing.  Lots of fun to pitch hay during 45 mph winds!
Posted by Patrice Lewis at 8:36 AM