Ever wonder what kind of homestead chores need to get done in the winter? Here's an illustrated guide.

After my first mug of tea (hey, a woman's gotta have her priorities) I suit up to go feed the beasties. Right now we have one horse, eight bovines, and sixteen chickens. 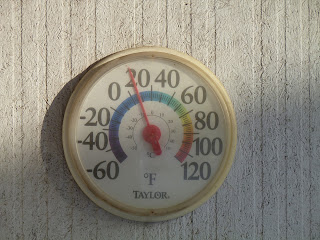 First I release the chickens (sproing!!) and give them fresh water. Here's a hen looking for a spot to lay an egg. 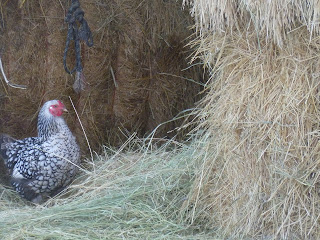 Remember Snap and Crackle? Here's what they look like now. Both are roosters, by the way. 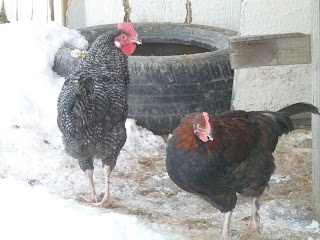 As we use up hay bales, we're burrowing our way into the barn. 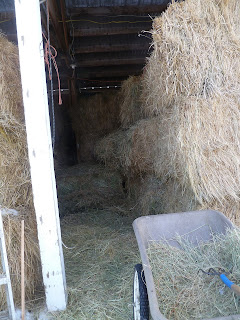 The critters are hungry. They get three wheelbarrows full of hay in the morning, two in the afternoon, spread out in the feed boxes. 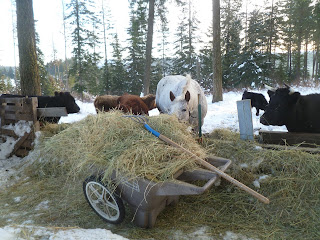 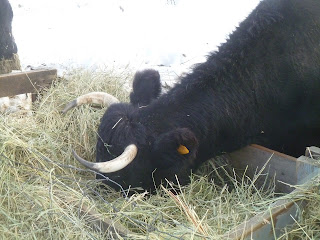 Jet and her calf Nebuchadnezzar. 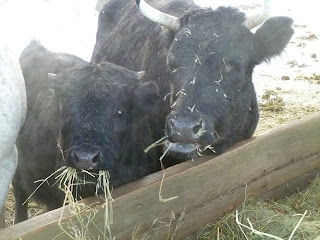 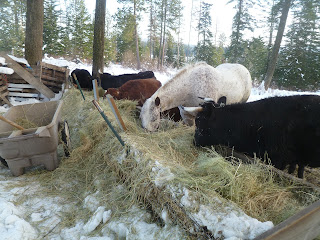 I feed Matilda and Pearly separately in the barn. Since they're lowest on the totem pole, they wouldn't get enough to eat at the feed boxes if I didn't feed them separately. 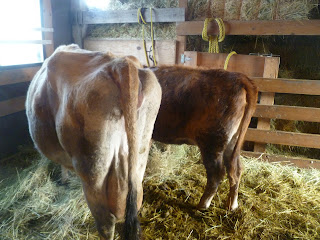 By this time I'm sweating. Off comes the coat, scarf, and hat. 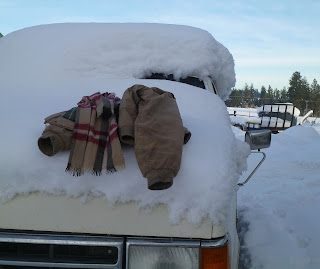 Next it's time to clean Matilda's pen. Gotta get that soiled hay up and out. 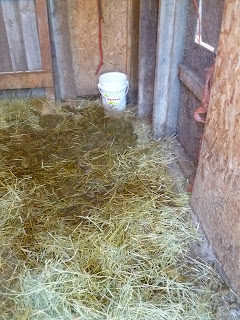 I use a deep plastic sled/toboggan gizmo to move the manure. 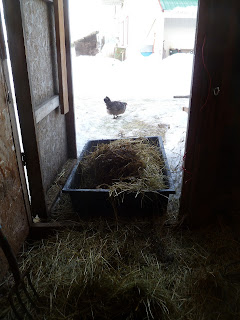 After the soiled hay is pitchforked up, I spread a little bit of clean hay over the area they typically soil. The cows cooperate in this by only soiling one side of the pen. Generally, that is. 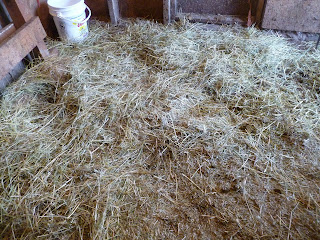 Then I sled the manure over to the manure pile and add to it.  Most is below the snow, only the recent stuff is above. 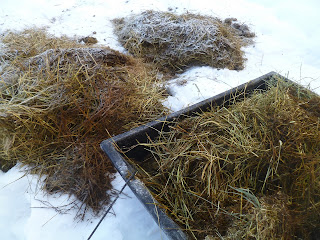 A pile of hay in the pen for Matilda's evening meal, and the chores are done. 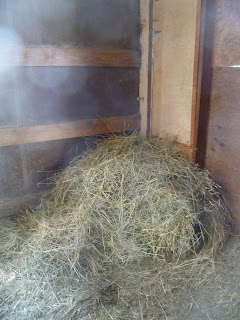 Total time, about 45 minutes. Time for another mug of tea.

In the afternoon, Don does the feeding, Older Daughter feeds and waters the chickens, and Younger Daughter fills the water tank. Then we button up the chickens, as well as Matilda and Pearly, and that's all for the night.
Posted by Patrice Lewis at 4:48 PM