Recently I went to visit my friend Enola Gay. It was evening and her youngest son, Master Calvin, had sacked out in her arms, safe and secure. 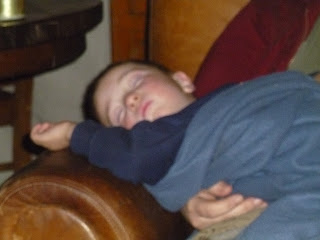 We started talking about a horrific case of child abuse that recently came to light in a nearby city. It seems identical twin girls, two years old, were found living in conditions of such squalor and abuse that an investigating police officer vomited from the smell. They were naked and covered with feces and scabs. The girls lived with their (cough) “mother” and (cough) “grandmother.” The toddlers were so identical that the grandmother could only tell them apart by their injuries. “They [the mother and grandmother] didn't seem to think that it wasn't that unusual, they weren't that alarmed by it,” said one of the responding officers.

Let me revert for a moment to a livestock analogy. For those familiar with sheep (and we’ve never raised sheep so I cannot speak from personal experience), apparently it is not uncommon for a mother sheep to reject her lamb, either unable or unwilling to nurse and care for her own offspring. These “bummer lambs,” as they’re called, must be bottle-raised. Although it’s a lot of hard work for the people doing the bottle-raising, the lambs grow up just fine.

Until they have lambs of their own. Apparently many bummer lambs grow up to be lousy mothers. Apparently lambs must have mothering techniques demonstrated to them before they can successfully nurture their own lambs. Apparently a sheep’s mothering instinct is so fragile that if for whatever reason a lamb’s upbringing is interrupted, a cycle of bummer lambs can result.

This doesn’t happen all the time, of course. Some bummer lambs grow up to become fine mothers. But the incidence of bummer lambs rejecting their own offspring is much higher than with sheep-raised lambs.

Enola is the one who told me about this, and she’s the one who drew the brilliant parallels to human mothering skills as well.

We discussed whether the greater increase in “bummer children” – children of divorced or single-parent homes, children of career women, children who have been raised in daycare, preschool, and public schools – is leading toward greater incidences of child neglect and child abuse. It’s as if the mothering instinct in some women is so fragile that any interruption results in abuse and neglect of their children. And so a cycle begins and continues.

It’s pretty obvious that the (cough) mother and grandmother of these two-year-old twins do not have the faintest idea how to mother. The mothering instinct was either squelched early or never existed at all. Do you think these little twin girls were ever nursed at their mother’s breast? Held by a loving father and waltzed around the room? Rocked and sang to by their grandmother? 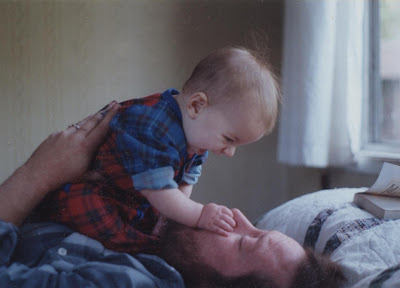 Of course not. These poor kids are clearly “bummer children” – the neglected and abandoned offspring of a “bummer mother” who undoubtedly never learned a bit about mother skills from her own mother. I wonder how many generations have passed since a real mom was on the scene? Or a real dad? And will these poor orphaned girls become bummer mothers when they reach adulthood, or were they rescued in time? What a pitiful – as in, full of pity – scenario.

Which does NOT excuse what these creatures did to those children.

Enola pointed out how Scripture frequently refers to us as sheep and lambs. And, like sheep, we can sometimes be really, really stupid. Too many women have rejected the highest calling a woman can have, her God-given talent to mother. Too many mothers create bummer lambs because they cannot or will not mother their own children.

Modern feminism as well as the pressures of modern life (heavy taxation, high mortgages, unemployment, etc.) have combined to eject countless millions of women from the home and into the workplace. Yes, I’m well aware that it is often unavoidable, so I will never roundly condemn a woman who must work. But somewhere along the lines we have rejected the notion that women should be stewards of the home. It is no longer an honorable profession, but instead has become a profession to sneer at, a profession to escape from.

But mothers – real mothers – know better. Do you realize just how much teaching takes place in the home? And just how much of that learning is lost if no one is home to teach it?

The obvious beneficiaries of this education are girls. They learn to cultivate their natural-born instinct to nurture. Under the tender guidance of their own mother, they learn the critical skills to raise children with love and discipline.

Less obvious but just as critical is the benefit a nurturing stay-at-home mother brings to boys. Boys learn what a mother should be. They learn how to treat girls. And when these boys grow into men, ideally they strive to marry a woman something like their own mother, a woman who will make a balanced life partner and thus pass the nurturing instinct on to future children. And so the healthy cycle continues.

But that cycle can be broken in countless ways. In the past, family cohesion was frequently broken by deaths. Tragically, today that cohesion is more often broken by divorce or worse, unmarried mothers. Too often these women are forced (or prefer to) work outside the home, leaving their children to grow up in institutionalized day care… where mothering does not exist. (Mothering does not exist in daycare because, almost by definition, it cannot.)

All too often, bummer children often grow up to become bummer parents. After all, they never had a role model to cultivate their mothering and fathering skills. They never had anyone there to tenderly kiss the boo-boos, anyone to teach them how to bake cookies, anyone to show what a joy it is when Father comes home after a hard day’s work and rejoins the family for the evening.

The saddest part of these neglected and abused twin girls is that we have no way of knowing – until they’re adults – how much of their early “bumming” will stick.

I pray a solid, stable, intact family adopts these toddlers and teaches them how to nurture their innate mothering instincts, so when the time comes for them to marry and become mothers themselves, they won’t reject their own lambs.

As I post this, my husband is reading out loud to the girls, as he does every evening for half an hour or so.  He has done this since they were old enough to walk.  Both girls are superb and advanced readers, but they love listening to their father read out loud.  He has read to them many books of classic literature.  But more important, he - and I - are insuring that our girls will never become bummer children.
Posted by Patrice Lewis at 10:12 PM