We got a phone call a couple days ago from a dear and elderly lady who lives a short distance away. This woman has a green thumb that is the envy of the neighborhood. She is blessed with a raspberry patch that's simply enormous, far too many berries for her to use, so every year she invites people to come help themselves. 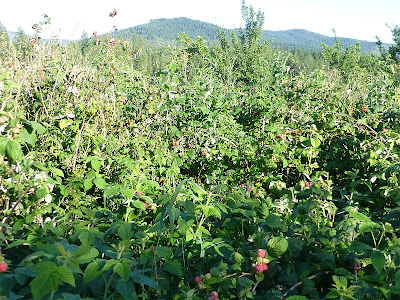 She practically begged me to pick some berries, as they were ripe and she was falling behind in picking them. We were slammed with work at home, but found a spare hour. So armed with buckets, Younger Daughter and I spent that hour picking. 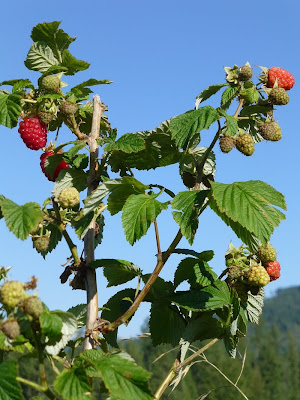 These vines were huge, and often stretched well over our heads. 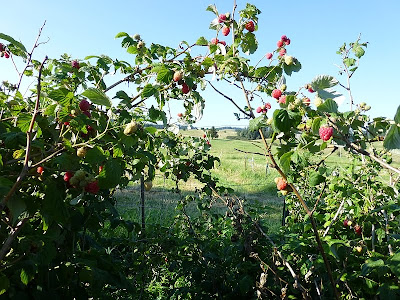 It's easy to see why commercial raspberries are so expensive. They're a fragile fruit, and must be individually hand-picked. It would be a tough job if I were doing this for a living. 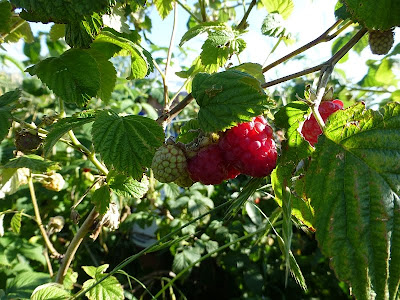 But there is something so irresistibly beautiful about a cluster of ripe berries. 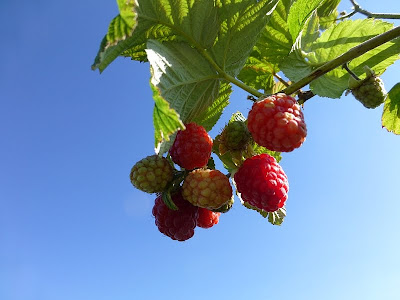 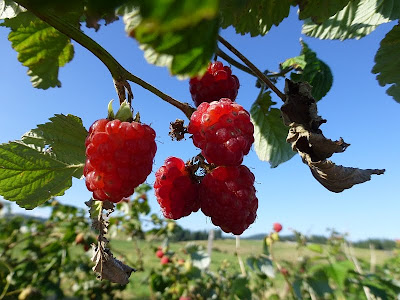 Between us, we picked about a gallon of berries in an hour. 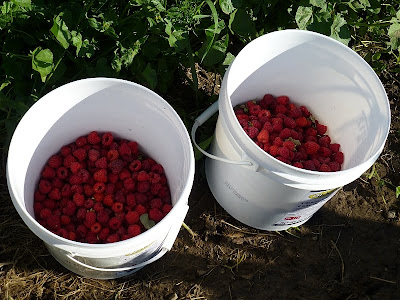 I picked through and sorted everything out. 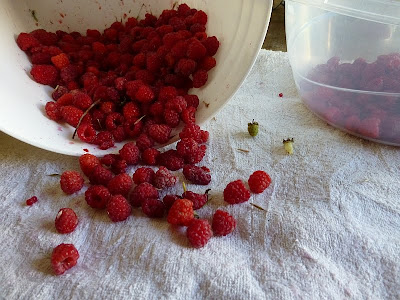 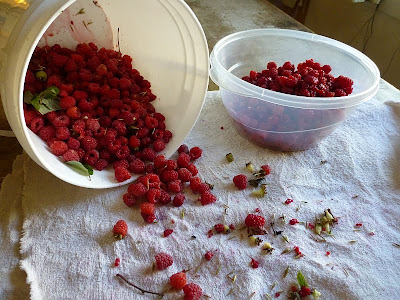 We just put these in the fridge for fresh eating. Raspberries and cream, yum! 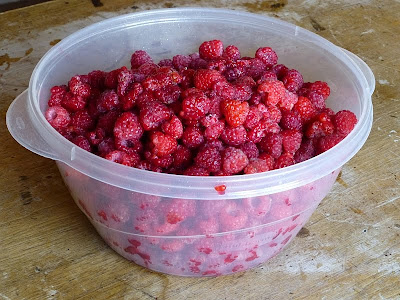 The next evening both girls and I went to pick berries, along with a neighbor and her adult daughter. 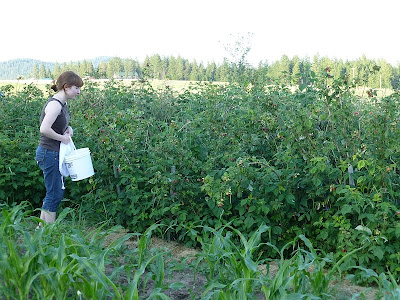 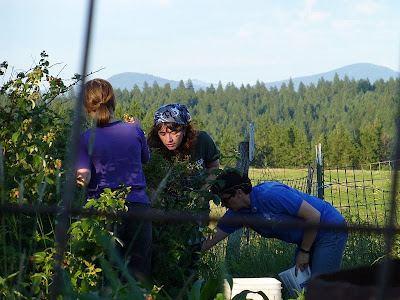 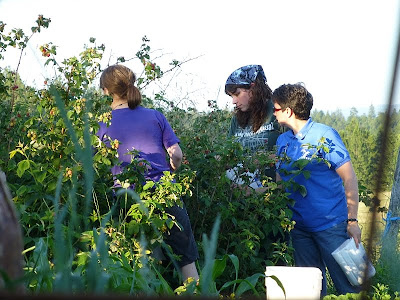 This photo turned out wrong -- the camera focused on the fencing rather than the people -- but in a weird artistic sense I thought it was kinda neat. 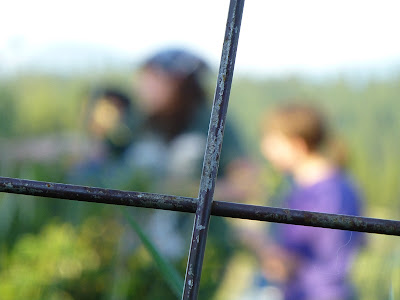 While we picked, two half-grown kittens romped and played. They were great entertainment to watch. 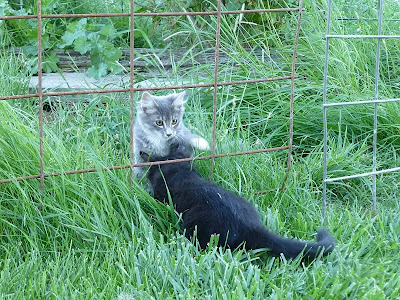 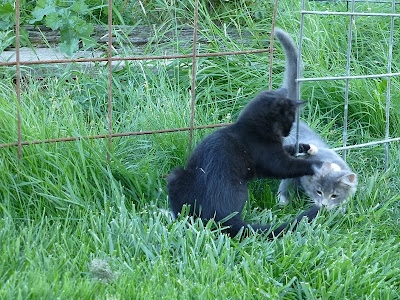 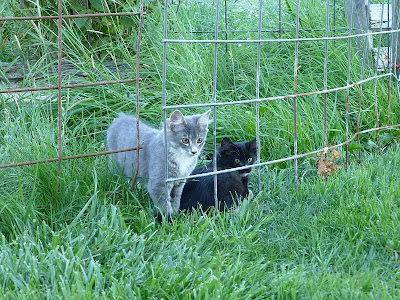 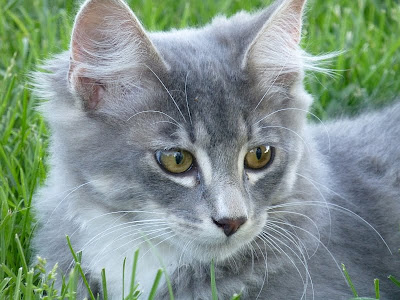 Anyway, we ended up with fewer raspberries this time, because we had more people picking and also because Younger Daughter and I did a fairly good job picking them over the day before. Nonetheless we got about five pints of cleaned berries, which I froze rather than making jam. 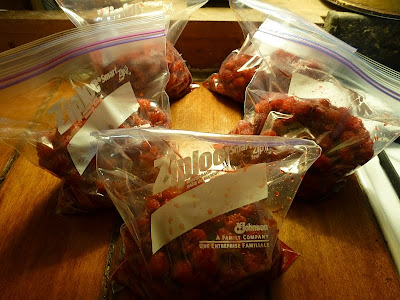 We'll pick more berries next week after I get back from Portland. Fresh frozen berries will be a wonderful treat during the winter.
Posted by Patrice Lewis at 8:49 AM