Chicks in the future

Our hens haven't been laying as much lately. They're getting on the older side (about three years) so that's to be expected. We've been seriously thinking about offing the flock and starting fresh.

In fact, it's been in the back of our minds since last fall, when we made a purchase we've been meaning to make for quite awhile: an incubator. 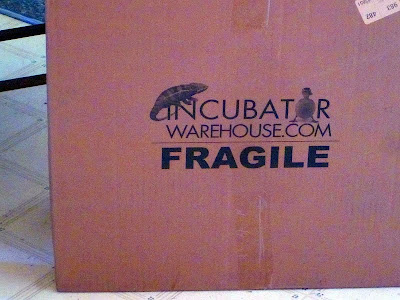 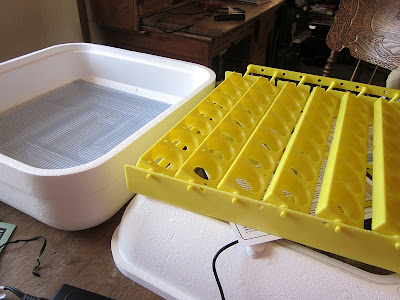 Our ladies were laying so slowly that we figured it would take quite awhile to collect 42 eggs for incubation...

...until I happened to walk into Matilda's pen, which has been vacant for several weeks now. 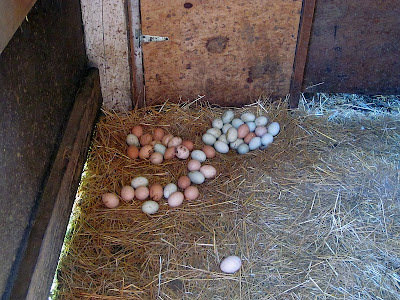 Oh, so THAT'S where they've been laying. We also found another, smaller nest near Don's shop. 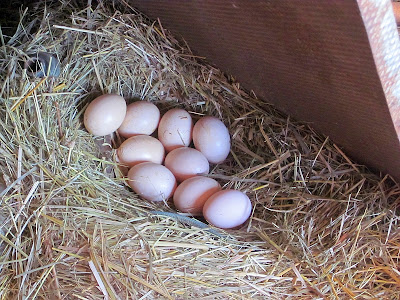 With a sudden abundance of eggs, we decided to proceed with our plans to raise a new flock of chicks. We're not sure how old these eggs are nor how fertile they may be, but we decided to give it our best shot. So Younger Daughter collected 42 eggs out of the pile. 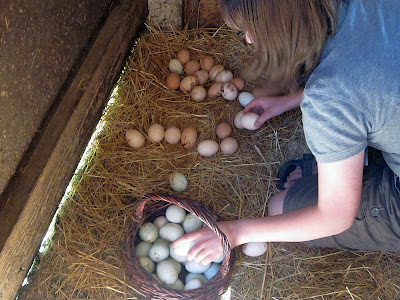 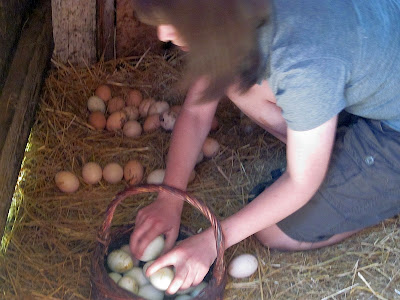 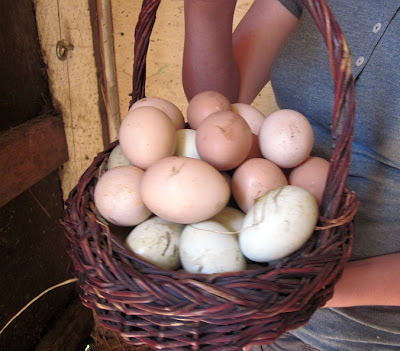 Most of the eggs were quite clean, but a few had dried-on yolk (from a broken eggs some time ago) and needed to be washed... otherwise a baby may not be able to peck itself out of the shell with the gluey dried yolk plastered on it. 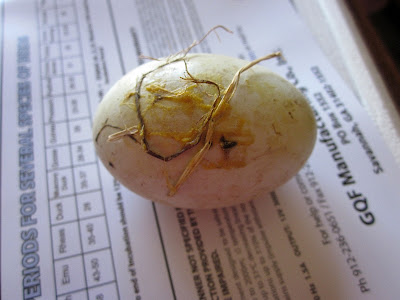 Eggs need to be kept in a humid environment during the incubation period. The incubator came with shallow built-in reservoirs for water, but since the opening to the reservoir is hard to see under the mesh, I put a black arrow on the Styrofoam. 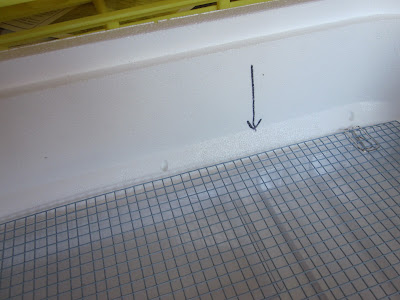 I filled the inner reservoir with water. The outer reservoir gets filled a couple days before the eggs are due to hatch. 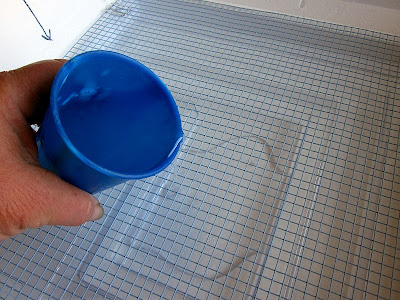 Younger Daughter and I set up the incubator, and she carefully loaded the tray with 42 eggs. The incubator maintains a constant 100F temperature and even automatically turns the eggs. 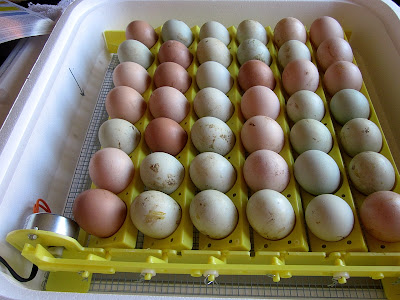 Here the incubator is set up and starting to reach the optimal temperature. 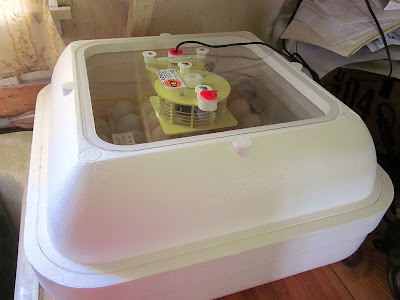 The thermometer lies over the eggs and is visible through the window. It took about three hours for it to reach 100F. 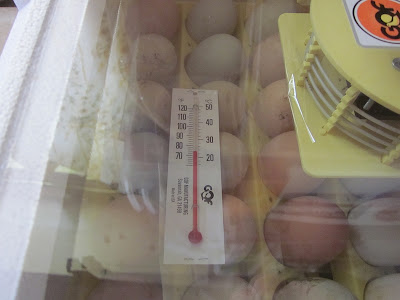 We set the incubator up on Monday June 25. It takes 21 days for chicken eggs to hatch, meaning their hatch date is Monday July 16. Three days prior to their hatch date, we'll remove the eggs from the turning tray and lay them directly on the mesh screen, fill the second reservoir, and get a brooding area ready for any newly-hatched chicks which may result.

Meanwhile we collected the rest of the eggs from the nest in Matilda's pen, leaving one behind as a "nest egg." (Hens like the lay where other hens have laid before, hence the use of a nest egg to encourage them.) 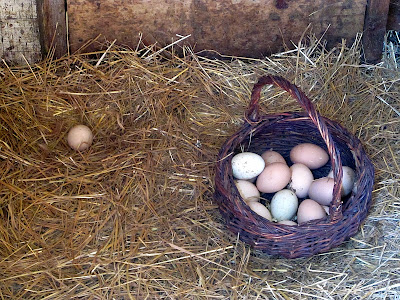 Since we didn't know the age (and therefore the freshness) of these eggs, I tested them by putting them in a pan of water. If the egg sinks, it's fresh. If it floats, it's bad. If it's sorta halfway (standing on end), it's questionable. 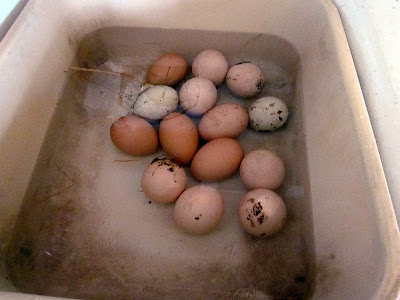 Four eggs were questionable, so I tossed them.

We'll find out in a week and a half whether any of the eggs are any good. Stand by!
Posted by Patrice Lewis at 11:31 AM