I like to buy certain items in bulk (primarily mustard, pizza sauce, and salsa) and then re-can them. This allows me to take advantage of the lower per-unit cost without letting the food going to waste because the containers are so big. 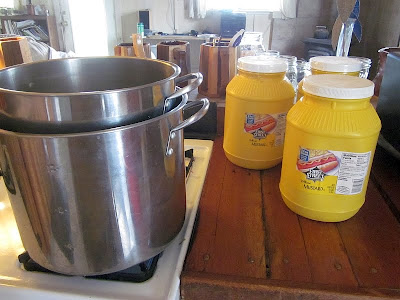 Last week it was time to re-can more mustard. I started with three large jugs.

First thing to do is heat it up in order to hot-pack it. I use two big pots nested together and make a double-boiler out of them. I do this because the first time I heated up a lot of mustard to re-can, it burned a bit on the bottom and gave the whole batch a slightly burned taste. A double-boiler arrangement eliminates that problem. 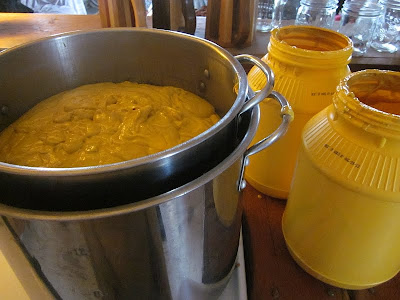 Once it's hot, I ladle it into jars. 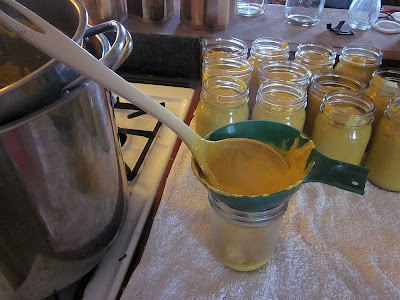 By scraping everything out... 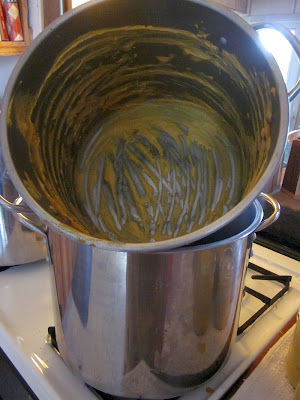 ...I was able to fill nineteen pints jars from those three large jugs. 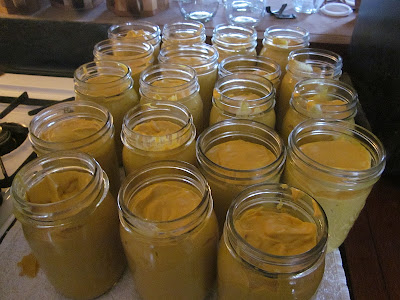 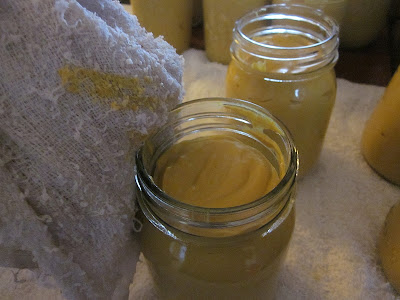 Because mustard is acidic and has no other low-acid ingredients, it can be canned in a water bath. Here I was able to fit 17 out of the 19 jars into two pots. At a rolling boil, pints are processed for 20 minutes. 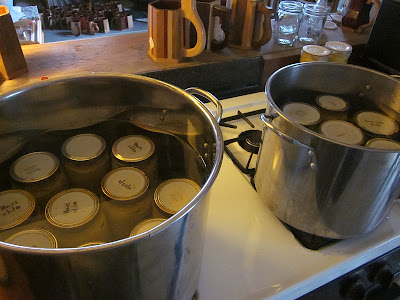 Here are the two jars left over, being processed. Notice how I don't bother removing the tape (identifying the former contents) from the lids I re-used from other canning projects. I'll do that later. 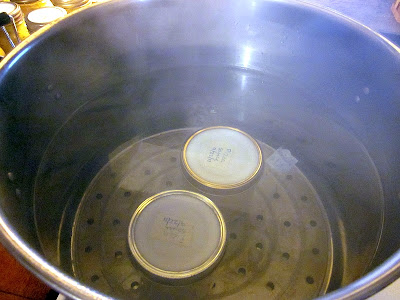 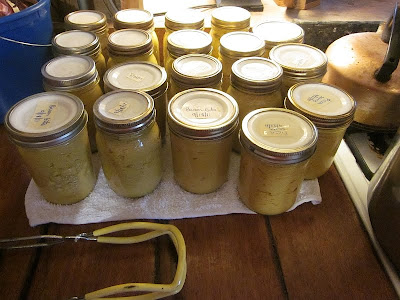 Posted by Patrice Lewis at 9:02 AM