Ding dang deer are at it again

I don't believe it! The ding dang deer are eating my strawberries! 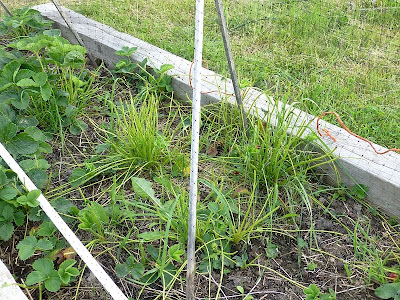 This is despite the bird netting that is constantly draped over the beds. 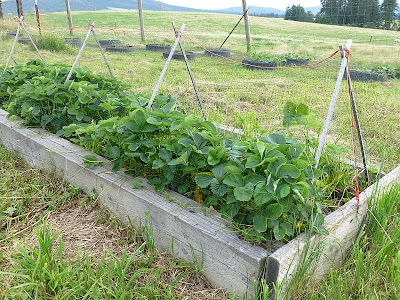 Come to find out the deer are smarter than we're giving them credit for. They learned to push their nose under the white pole anchoring down the netting, and munch away to their heart's content. 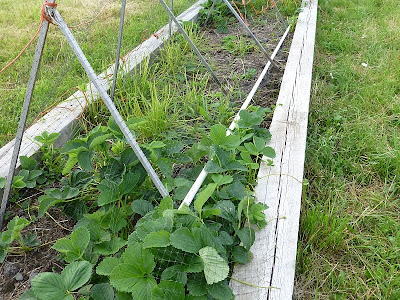 And boy did they do a number on my beautiful berries. Grrrr!!! 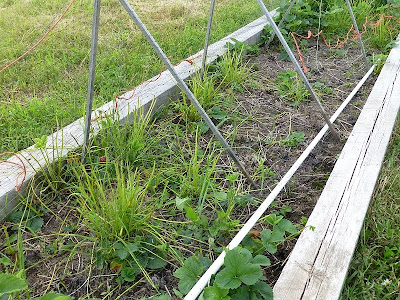 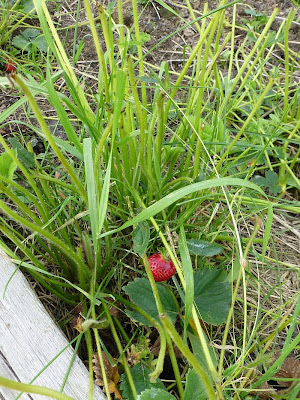 Okay, time for some reinforcement. Don thoughtfully cut me some sturdy posts and drilled holes in each end. I armed myself with screws, nails, cordless screwdriver, etc. and got to work in the late evening. 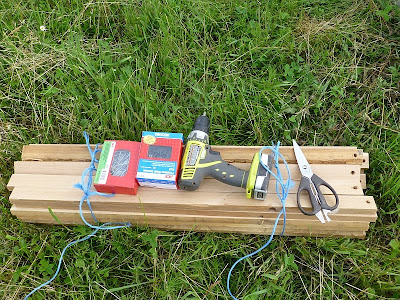 First I peeled off the old netting and pulled the old stakes out of the bed. 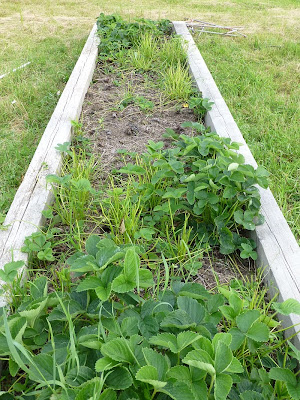 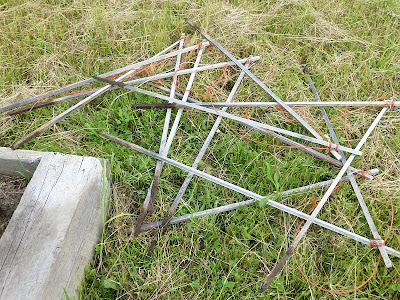 The I screwed the posts into the wooden beams making up the beds. 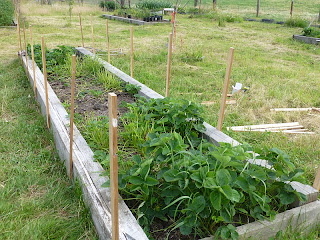 I strung baling twine between and across all the posts, then draped fresh netting over the whole thing. 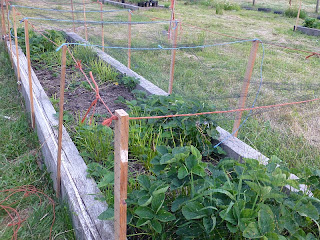 So the deer couldn't nose under the netting, I anchored it down with nails in fourteen spots along each side. 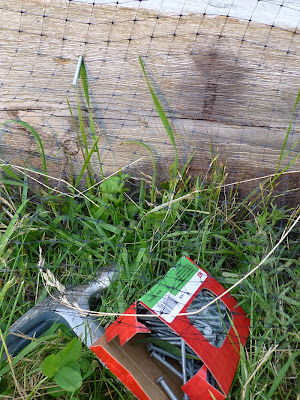 The nails are pointed down to catch the netting firmly. Bird netting, I've come to realize, is one of the most valuable pest deterrents on a farm. Last fall I stocked up on a great deal of it, knowing I'd need it about this time. I'm glad I did. By the time I got the first bed finished, the sun was nearly down. 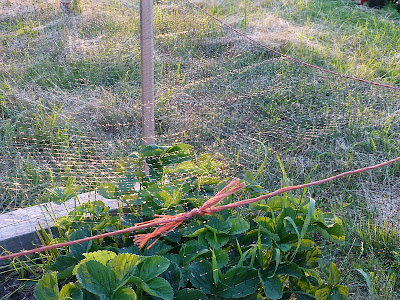 By the time I finished the second bed, it was definitely set. 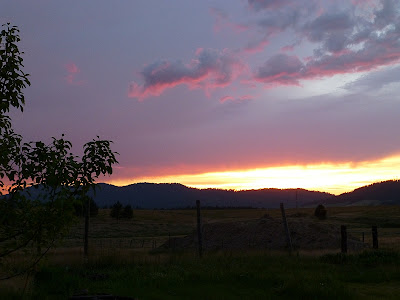 Still, my strawberries are boxed in for the night and hopefully safe. Then to top it off, by the time I tottered into the house, sweaty and tired, I found Younger Daughter was doing the dishes. Nice surprise! A cool shower, some late dinner, and I was feeling human again.
Posted by Patrice Lewis at 10:52 PM