Not our raspberries, unfortunately. But we have an elderly neighbor who has one of the greenest thumbs I've ever seen. She has a massive raspberry patch (probably 20x30 feet) and there are far too many berries for her to use herself. She generously invites many folks in the neighborhood to come help themselves. 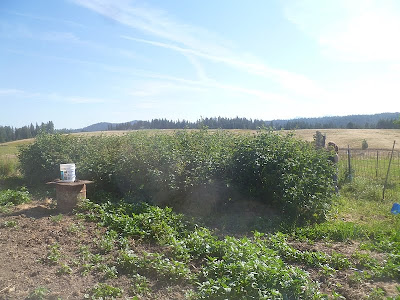 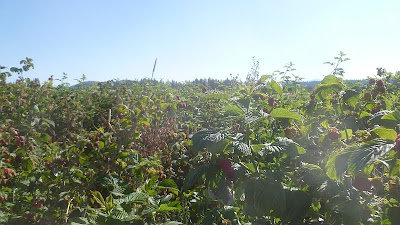 So last week the girls and I went and picked berries. Oh my, they were beautiful. 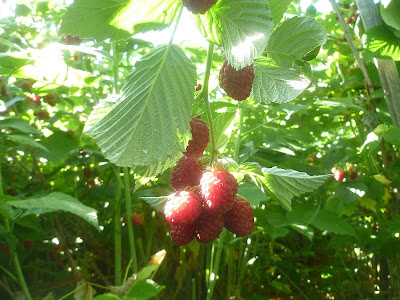 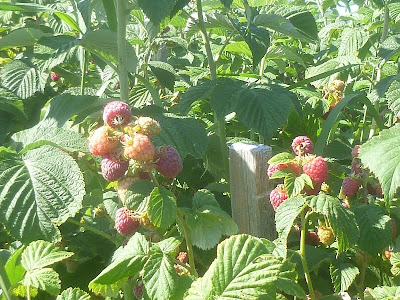 In about half an hour, we picked nearly two gallons. 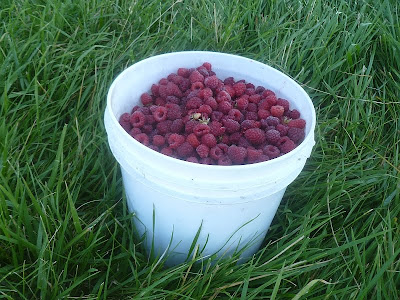 Next step was to pick them over. 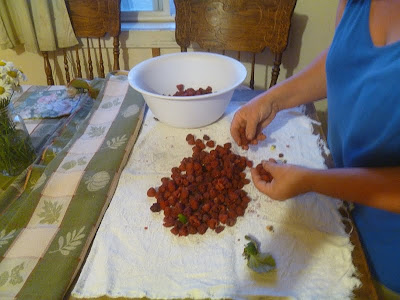 I ended up with the white bowl full to the brim with clean beautiful berries. But then I got busy, so I covered the bowl and put it in the fridge for a couple days while we worked.

Then came some free time to make jam. I pulled the bowl out and found... it was mostly empty. Hey, what happened to the berries? Sure, the kids had unlimited access to them, but they couldn't have eaten that many! Come to find out it wasn't just my girls, it was six other neighborhood kids who'd been invited to raid the bowl as well, the greedy things. Ah well, it's better than gorging on candy or something unhealthy.

So I turned the remaining berries into jam. There's a 3:2 ratio of berries:sugar. 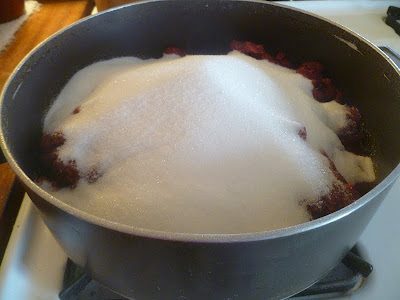 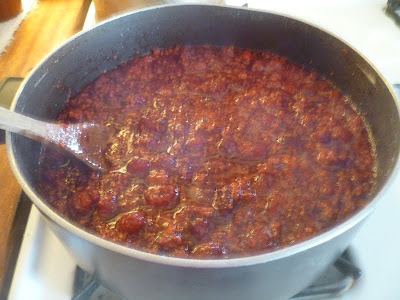 The berries will froth up... 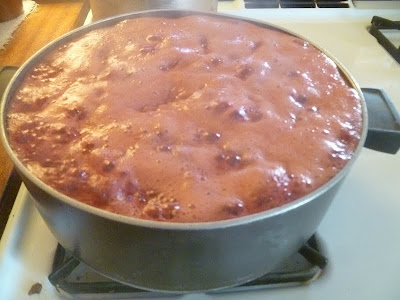 ...and then start gelling. Takes an hour or two to reach this point. 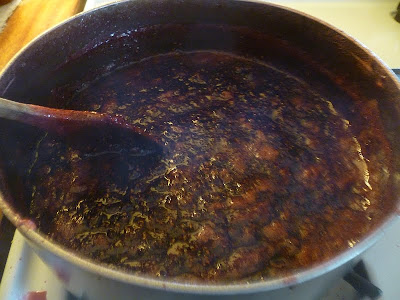 But out of that original two gallons of berries, I only got one quart of jam. Harrumph.

Okay, back to the berry patch on Monday. 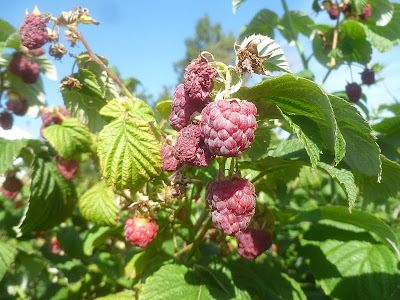 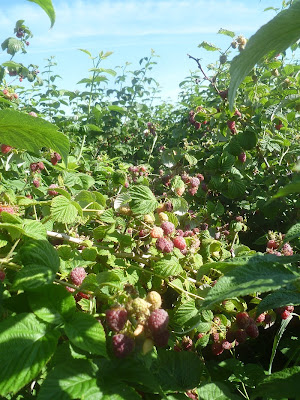 This time we picked a little longer and came away with nearly three gallons. 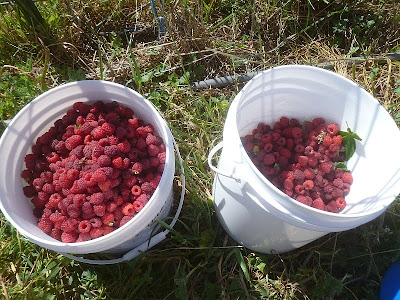 This time I wasn't taking any chances! I cleaned them right away... 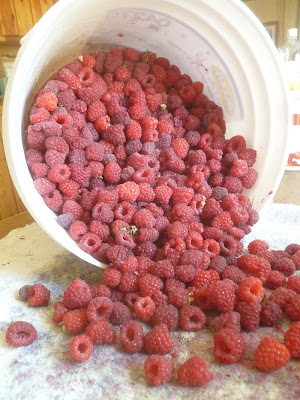 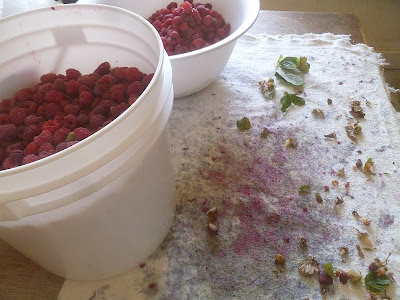 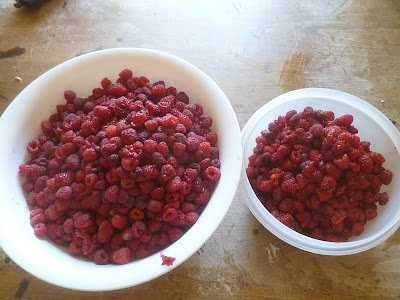 ...and got right down to the task of making jam. 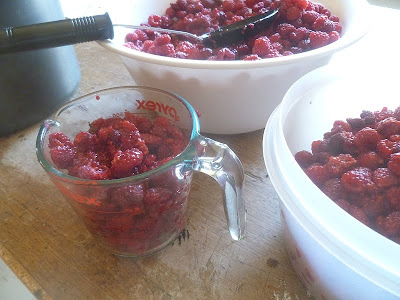 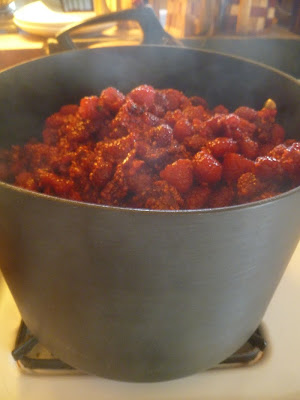 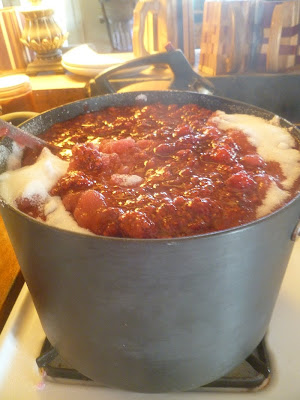 This was a messy sticky job, and during the course of the project I dirtied just about every dish in the kitchen. Don sometimes marvels at my ability to make such a mess. What can I say? I'm talented in that department. 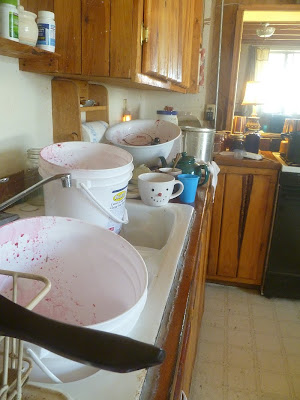 The pot was too full so I ended up having to divide the batch in two, but after a great deal of splatter and stickiness (man, jam is sticky!) it was ready to ladle into jars. 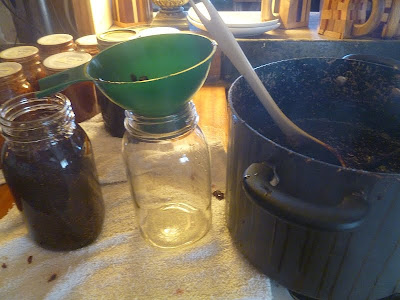 Before processing the jam, however, I wanted to clean the stovetop. Gadzooks, what a mess. 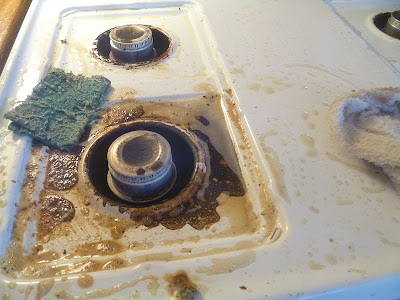 It took scouring powder, a green scratch pad, and finally a pumice stone to get the cooked-on jam off. 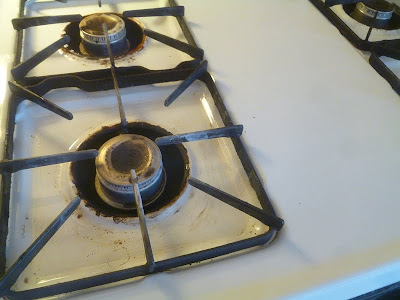 Out of this batch, I got four quarts and one pint of jam. I used my beloved Tattler lids, of course. Into the water bath they went. 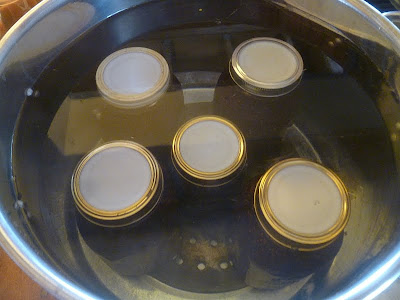 But it wasn't until I got the mess in the kitchen under control -- including cleaning and mopping the sticky spatters on the floor... 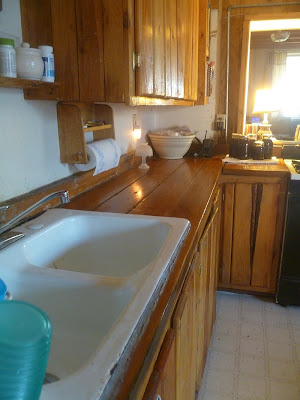 ...was I able to admire my handiwork. 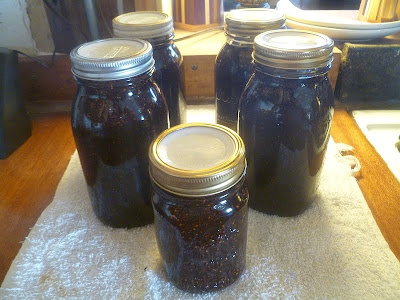 This jam will be wonderful during a cold winter day when I use them in survival cookies. Yum!
Posted by Patrice Lewis at 8:17 AM