Condos in the country

Sorry I didn't post anything over the weekend, it's been a busy few days!

One thing I was going to bring to everyone's attention was a change in wildlife I've seen this summer. Normally we have lots of swallows around us, specifically violet-greens (what ornithologists call VGs). These are darling little birds that swoop and chirp and often nest in the eaves of the barn.

But this year for the first time we've had a different kind of swallow. Unlike the chirping sound of the VGs, these swallows make a raspy sound, what my bird book describes as "creaking notes and guttural gratings." Not unpleasant, just harsher than the VGs.

I didn't know what these were at first until I identified them as cliff swallows. They were particularly easy to identify after they started nesting in the eaves of the house, right above our bedroom window. 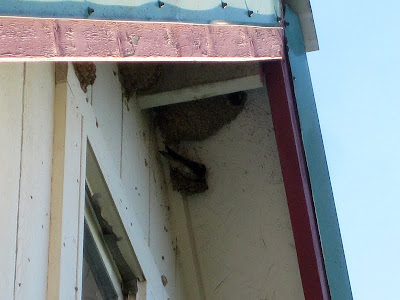 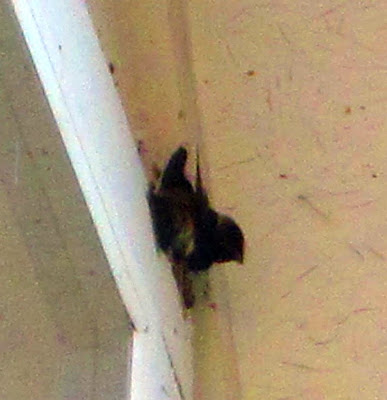 But the question arose, why now? Why all of a sudden would we have cliff swallows around our house when we never had them before? 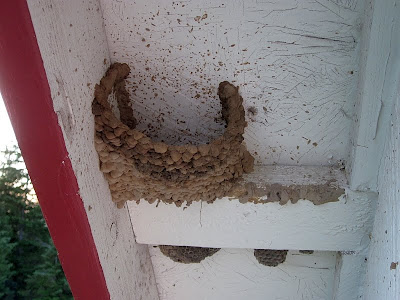 The answer, rather surprisingly, is the pond. When we had the pond dug last winter, we had no way of anticipating that open water would alter the balance of wildlife. Not altering it badly (I don't think a pond is bad), just... altering. 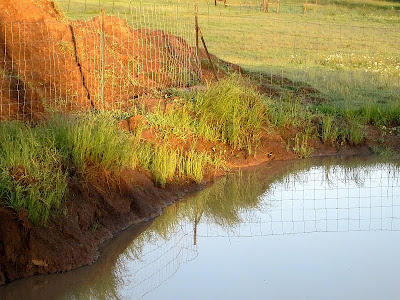 You see, what the pond gives cliff swallows is a source of mud, which is how they build their homes. No mud, no homes. 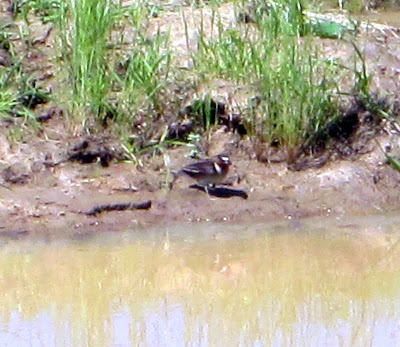 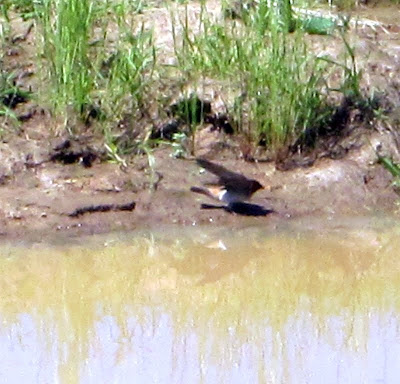 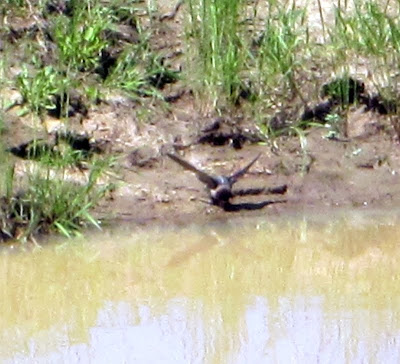 Cliff swallows don't just harvest mud, they skim low over the water and snag either a drink, or to gather water to make the mud more pliable (or both). It's neat to watch this in action. 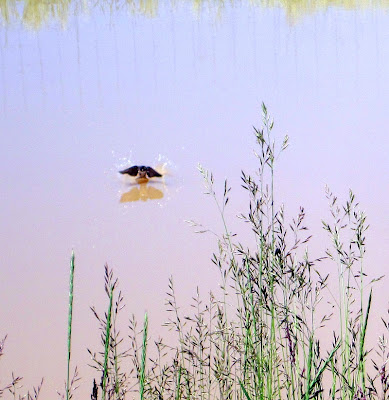 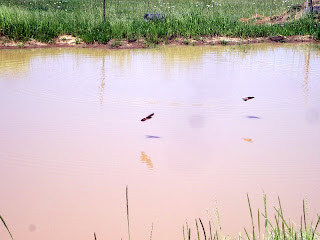 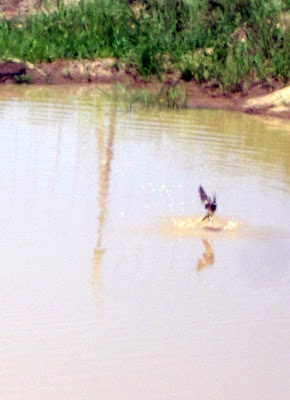 The result of all this activity, of course, is swallow condos. 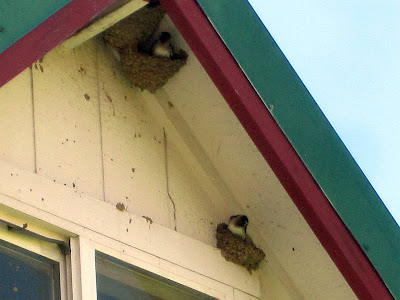 I'm aware this can become a problem. Part of me likes having our house be a bird sanctuary; but there's no question they're noisy, messy, and could potentially build their condos so thick as to become urban blight under our eaves. 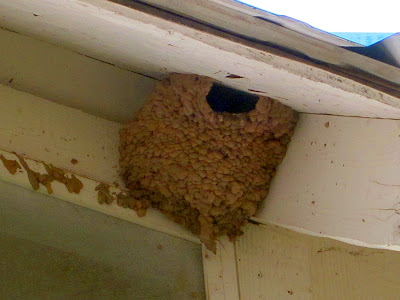 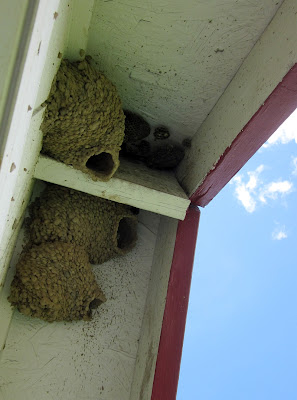 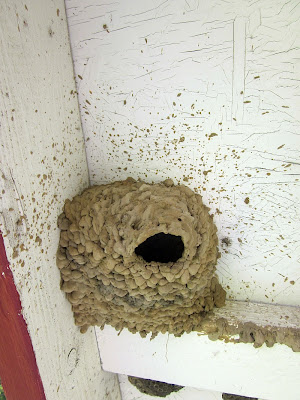 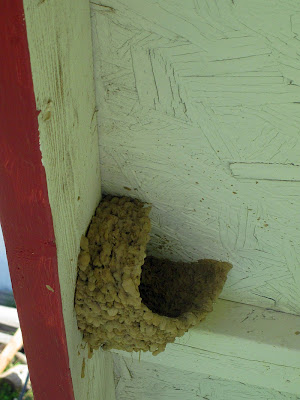 So... for the time being, we'll leave them alone. (We wouldn't disturb nesting birds anyway.) In the fall, we'll knock down their nests and let them rebuild fresh in the spring. We'll repeat this cycle every year. This way we can keep the condos under control... sort of. 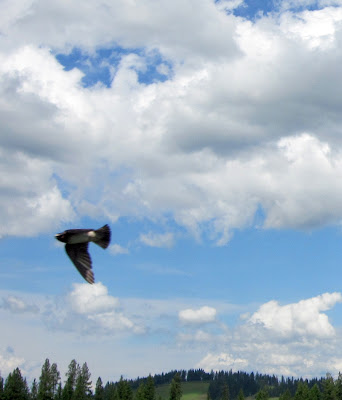 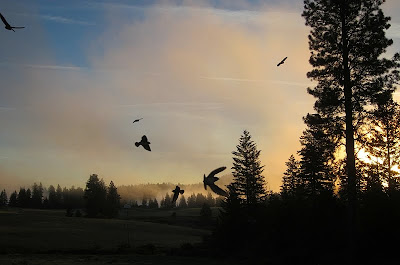 Posted by Patrice Lewis at 2:52 PM