Our neighbors were still holding the cow/calf pair we had purchased, in part because we still needed to pull together a place to put them. The section of barn with the best stall space had been falling apart, largely due to our bull Gimli's rampage a few years ago. The original construction of this outbuilding wasn't the best to begin with, so we've had to do a number of patch jobs over the years. 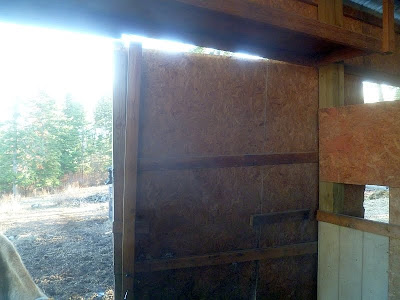 So, time for another quick repair job. Don dug a hole... 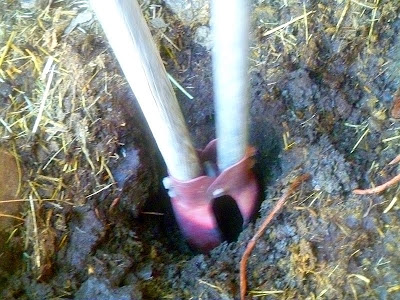 ...and put in a stout pressure-treated upright. 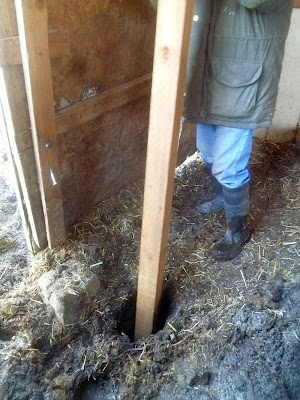 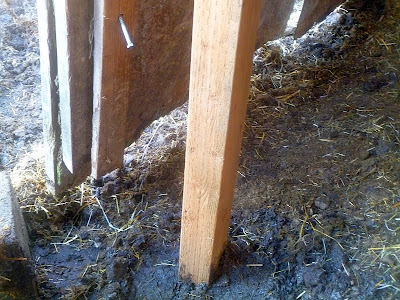 This allowed us to push the wall back in and screw it to the upright. 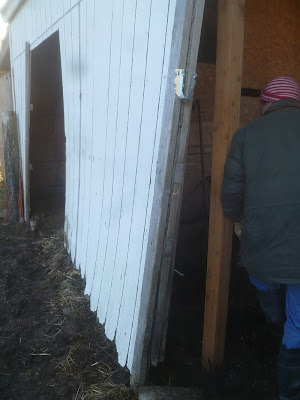 It was a muddy job for both of us. 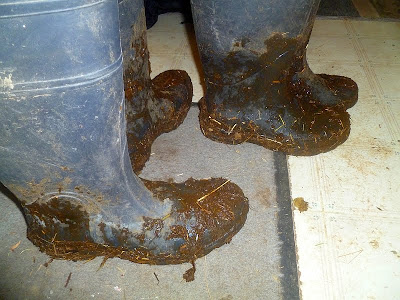 A sturdy latch on the door... 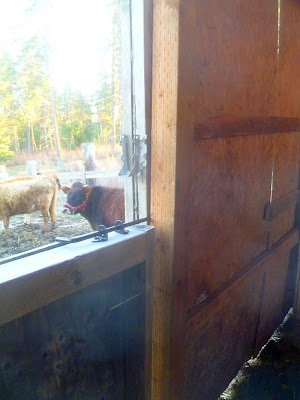 ...and we were ready for business. 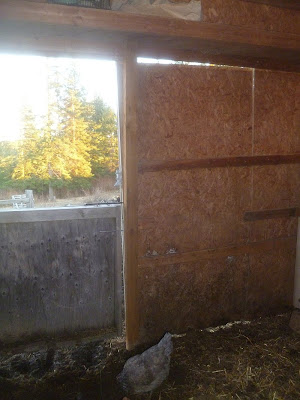 Lily, the cow, walked okay on the lead rope, but of course Atlas wanted nothing to do with it. The idea was I pulled, and someone else pushed from behind. Here a neighbor boy, Ethan, gives Atlas a little shove. 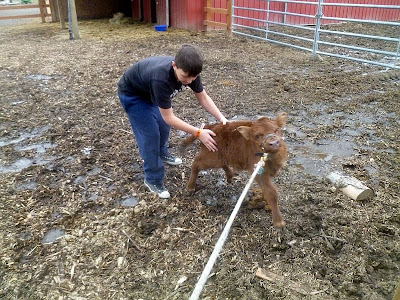 "No! No! Don't wanna!" It's amazing how strong those four little legs can be. 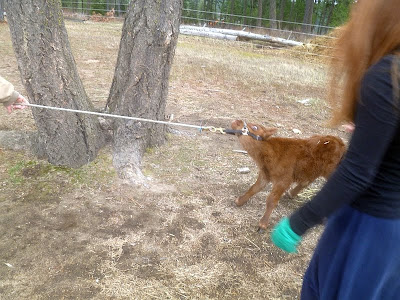 But with mama walking ahead, he followed. 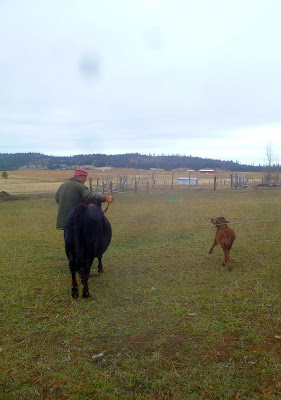 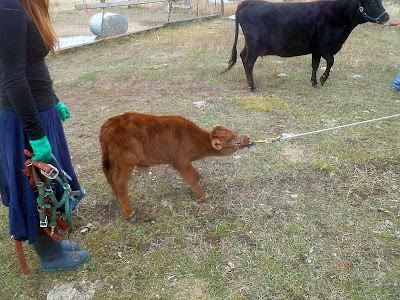 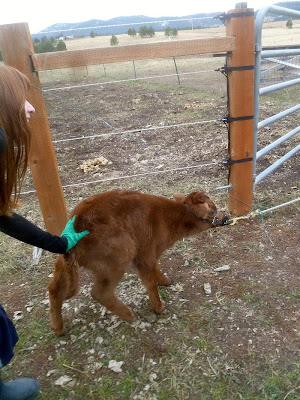 While Atlas might disagree, it was actually a fairly painless move from the neighbor's barn to ours. Here they're settling in. 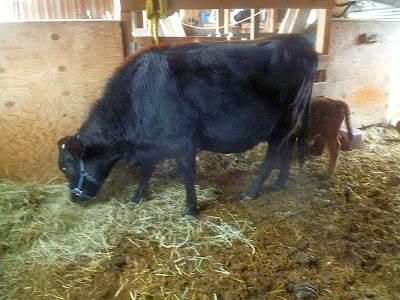 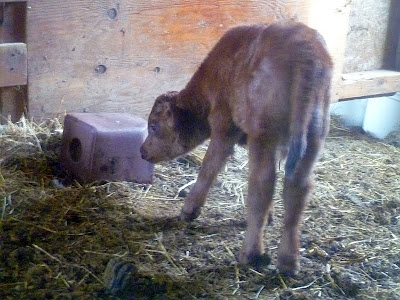 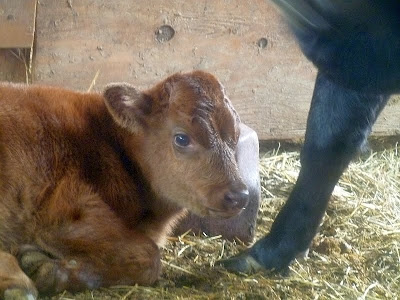 Lily is still in the overprotective and suspicious stage, and it won't be made any better when we dehorn Atlas in the next few days. But I still intend to see if I can train her to milk. We'll see. 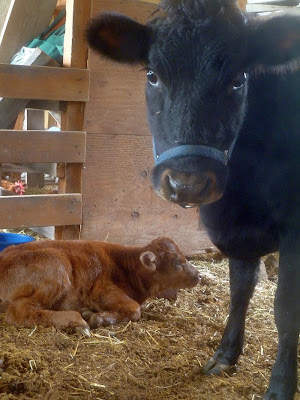 Posted by Patrice Lewis at 7:57 AM