Okay, I gotta confess. Despite my frustration with deer when they eat what they're not supposed to, I just love 'em. 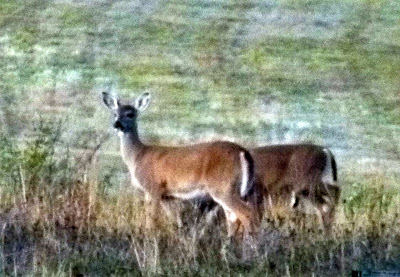 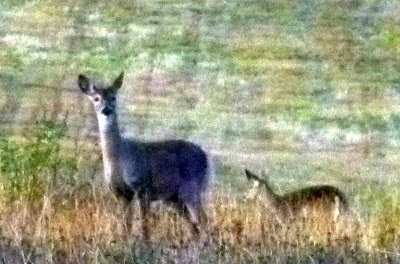 This love goes waaaaay back. When I was a teenager, even before I realized I wanted to be a biologist, I used to do what I called "deer watching" which was to go out into the hills, hide myself up a tree or under a bush, and stay very very still just to watch what animals would come by. I saw some pretty neat things (including a mother skunk with five baby skunks toddling after her), but the most common animal I watched was deer. I admired their delicate grace and alert stance. 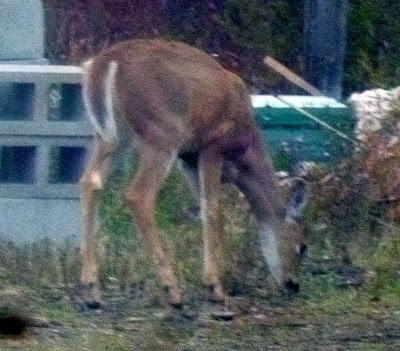 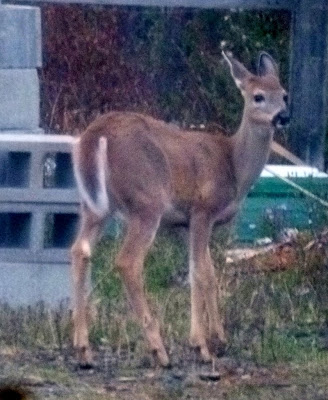 Early in the mornings, when I go outside to let the chickens out of their coop, I've learned to bring my camera with me since there are usually deer in our driveway area. 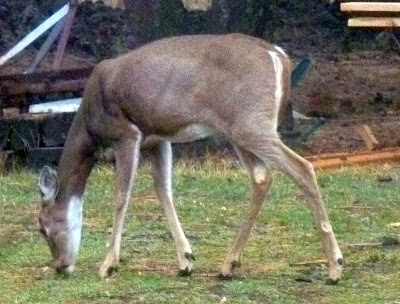 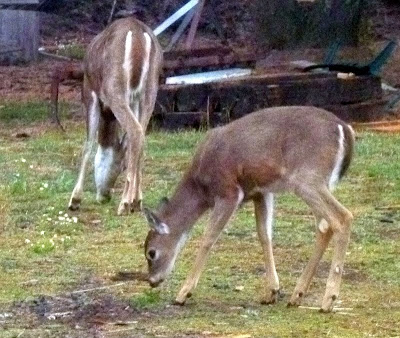 The other morning, our usual crowd (a doe and her two fawns) were hanging around... 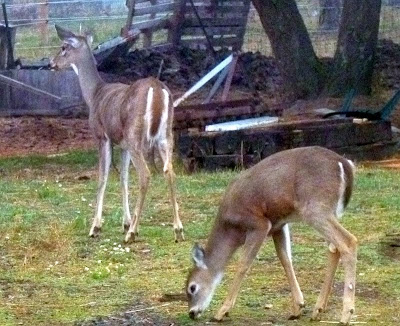 ...so I stood still on the side porch and just watched them, quietly taking pictures. All of a sudden one of the fawns came around the side of the house, mere feet from me, and sniffed at a corn cob we'd given to the chickens the day before. 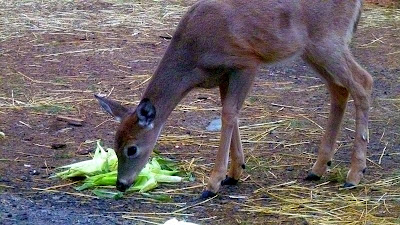 Since my camera was already up by my face, I didn't have to move as I took photos, so she never knew I was there. (Dumb deer.) 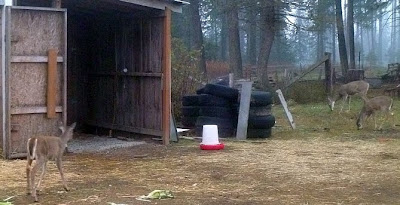 She rejoined her mama and sister... 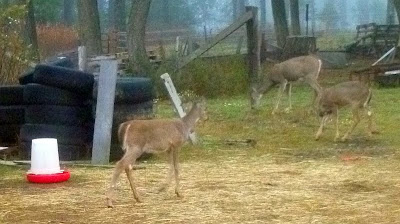 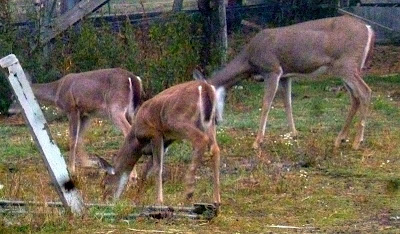 ...and then the whole crew wandered behind the barn into the open corral. I quietly went inside the barn, poised my camera, and waited for them to walk into view. 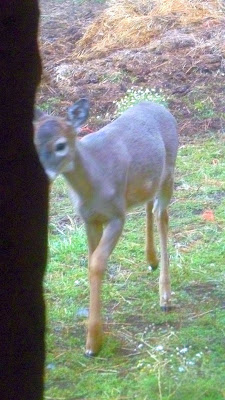 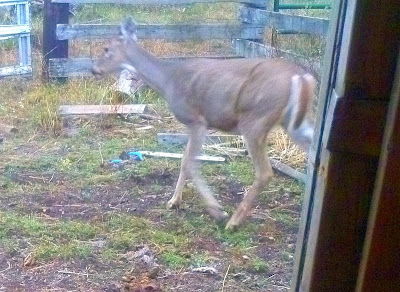 They never even saw me. 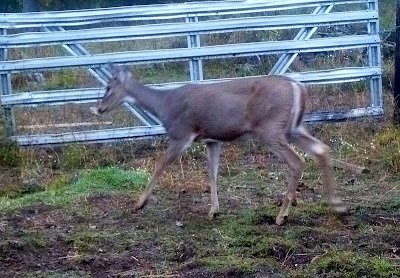 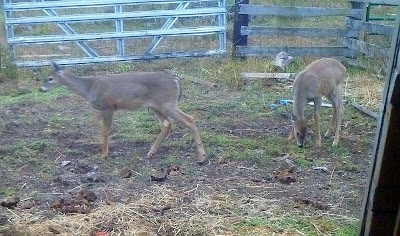 This one couldn't have been more than five feet away. 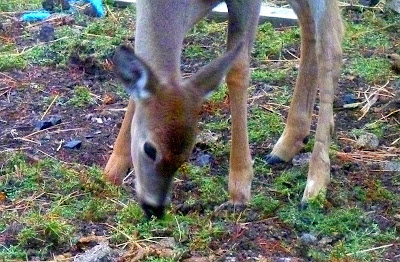 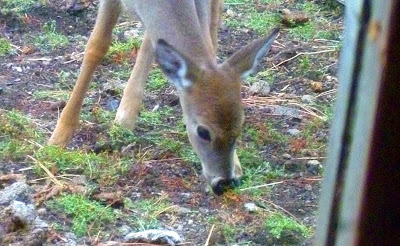 They nibbled their way across the corral... 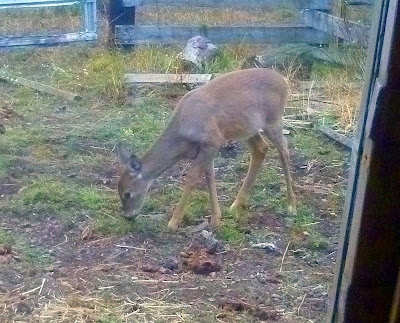 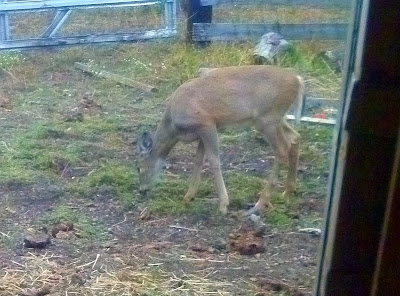 ...and went out the other side. 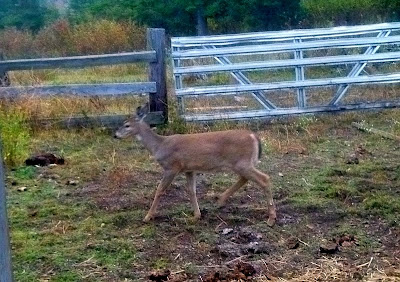 They skirted around our pile of logs... 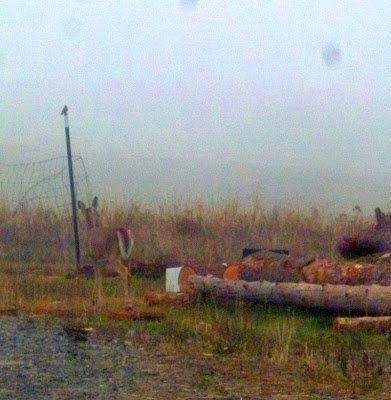 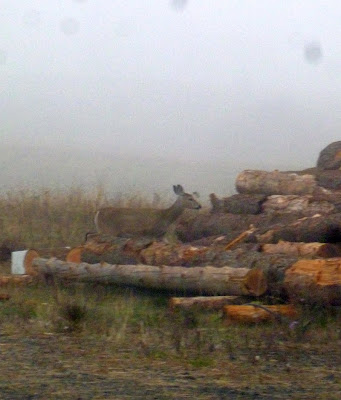 ...and disappeared into the woods.

Yes they're a hassle sometimes, but they sure are pretty animals.
Posted by Patrice Lewis at 3:06 PM

Email ThisBlogThis!Share to TwitterShare to FacebookShare to Pinterest
Labels: deer