A friend with an overflowing garden invited me over to get a box of tomatoes for canning. I love going to her house because this woman has the greenest thumb of anyone I've ever met.

She has a picturesque shed with Virginia creeper growing over it. 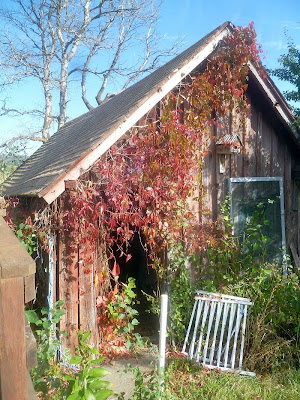 While chatting, this friend asked if I wanted some potatoes, as she had far too many for herself. So we went to her potato bed and dug up a box of potatoes. 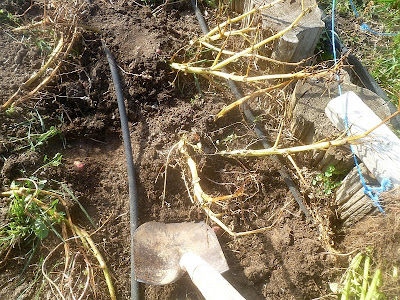 She had both red potatoes... 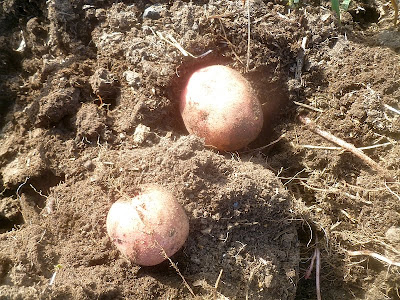 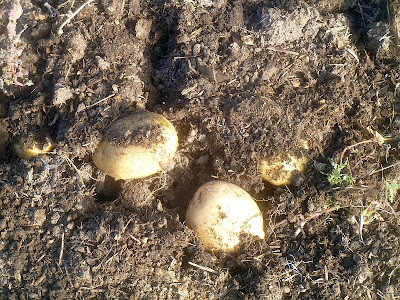 Many of them were huge! 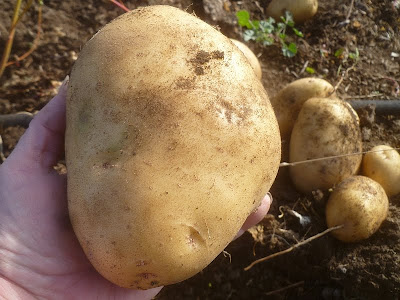 I went home with a big box of potatoes, a pumpkin, and two boxes of tomatoes (one box of ripe tomatoes, and a box of green tomatoes).

Then a week went by before I had a chance to can the tomatoes. By this point some of the ripe ones were going bad... 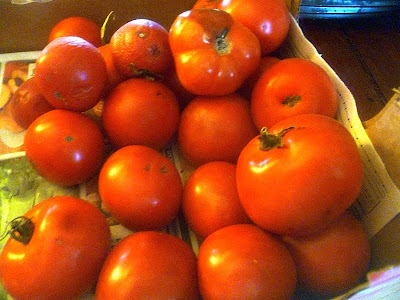 ...and many of the green tomatoes had ripened into red. Time to get these babies canned! 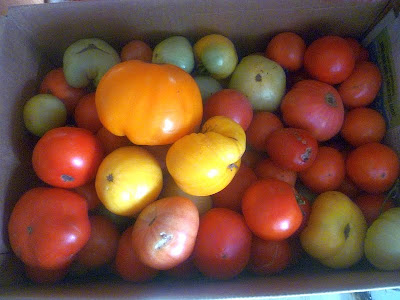 I started by washing some quart jars. 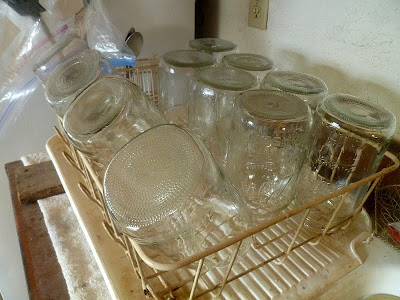 Then I boiled a pot of water and dropped in some tomatoes, to loosen the skins. 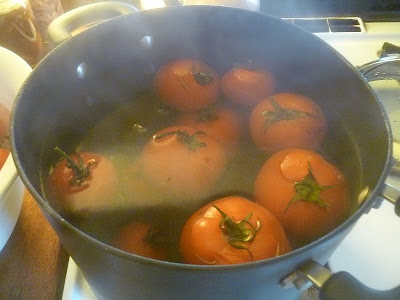 After being in the hot water for a few minutes, cool them in cold water. 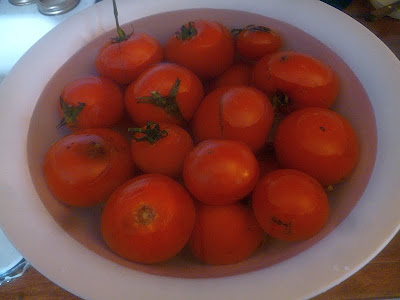 Then the tomatoes are easy to peel. Here's a bowl of peeled tomatoes. Because they were over-ripe at this stage, they were verrrrrry juicy. 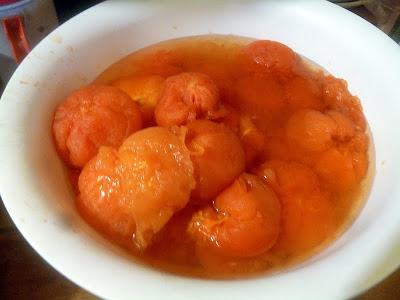 In fact, I like to drain them in a colander to remove some of the juice. 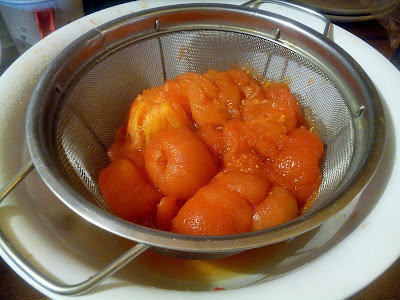 Then into the blender... 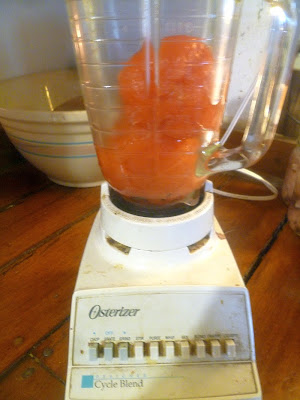 ...for a quick chopping up. 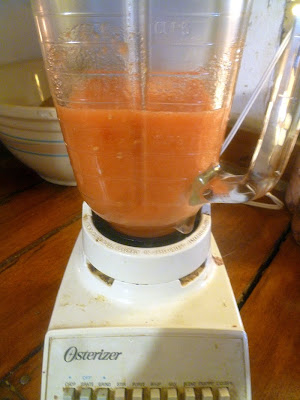 All too-ripe tomatoes as well as the peels went into the compost pile. 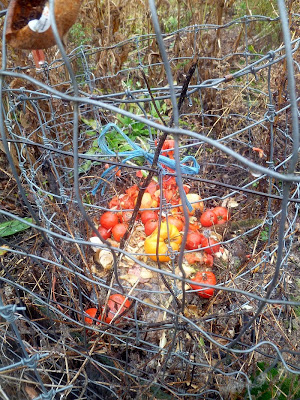 I got five quarts of puréed tomatoes out of this batch. 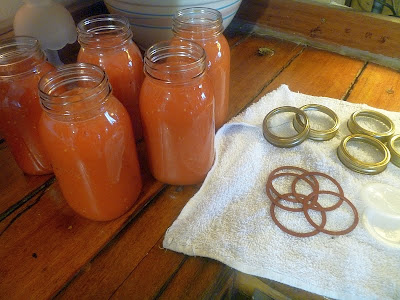 Into the water-bath for twenty minutes. 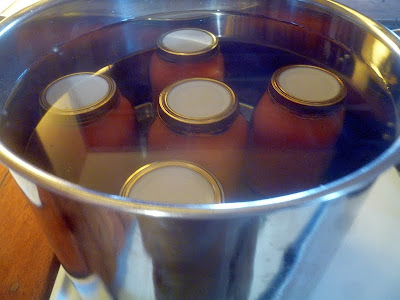 Letting the jars cool before taking off the rings... 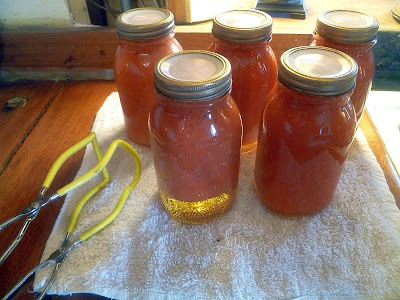 After the jars cool, the tomato parts separate from the amber liquid. Without draining the peeled tomatoes before canning them, there would be a lot more liquid! 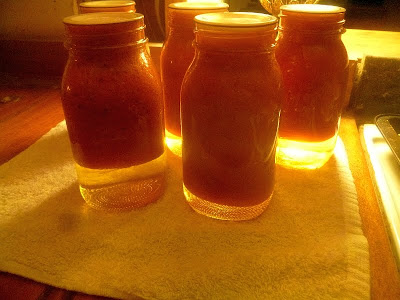