To seed or not to seed

We didn't get much out of the garden this year. We had such a cold wet spring that many things simply didn't come up; or if it did come up, it didn't do very well. That included the corn. I planted it at the right time, but the cold and saturated soil was unforgiving. (By way of comparison, I always look with envy at a garden we pass on our way to church, since they always have the prettiest garden in the neighborhood. This year, their corn looked worse than mine.) Anyway, bottom line -- I honestly didn't think I had any corn worth harvesting. 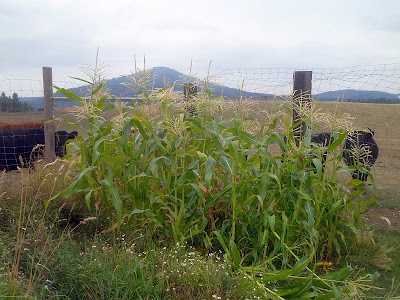 But when I started poking around, things were fractionally better than I'd hoped. Here the cows, know that poking around in the corn often means treats, hang around the fence. 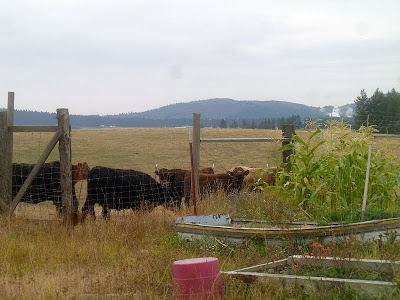 Sure enough, I tossed some immature stalks over the fence for them. They think it's better than candy. 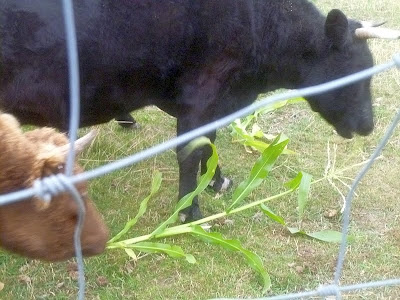 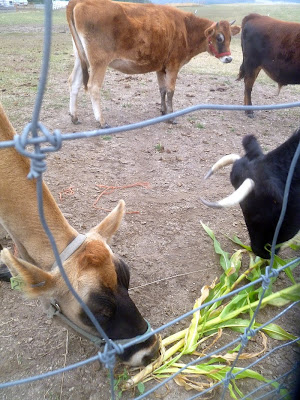 The cows are getting hungry. There's not much left on the pasture for them, so these corn stalks were a treat indeed. We'll be moving them to the wooded side of the property very soon, and feeding them hay. 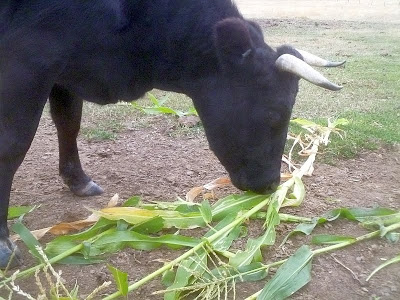 Anyway I found a few -- very few -- ears that were mature enough to keep for seed corn. That's all I was hoping for. 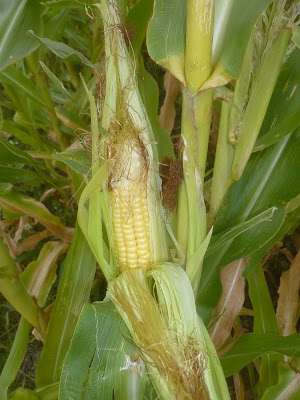 In all, just seven ears of corn were mature enough. Seven. Still, I have lots and lots of corn canned up in my pantry, so seed corn is just fine with me. 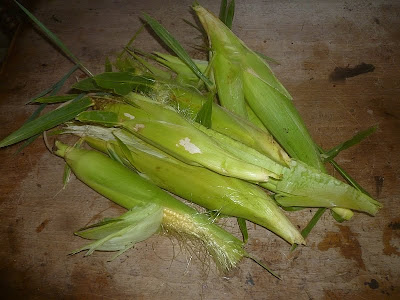 Next step is to dry the ears. I pulled back but did not remove the shucks. 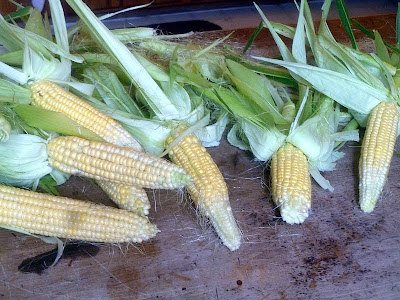 Then I tied string around the top of the ears... 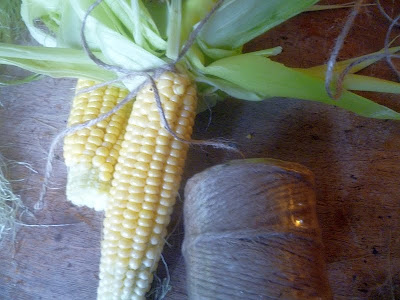 ...then suspended the cobs on the lintel above the pantry. By the way, the shucks serve no purpose except to keep the string on. You'll notice I accidentally snapped one cob off and had to awkwardly hang it with a string around the kernels. 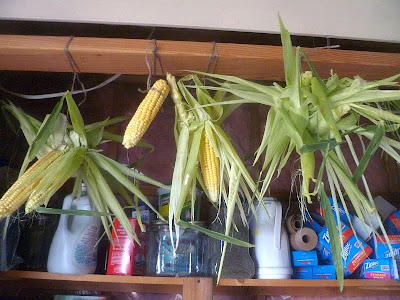 These will dry for a few weeks, then I'll rub the kernels off and keep them for next year's seed.

Meanwhile I figured I'd best harvest the onions as well. I was hoping these would go to seed, but no such luck. Too late in the season at this point. 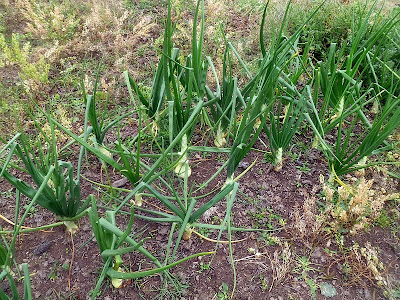 But the onions -- which I started from seeds, not sets -- were respectable in size. 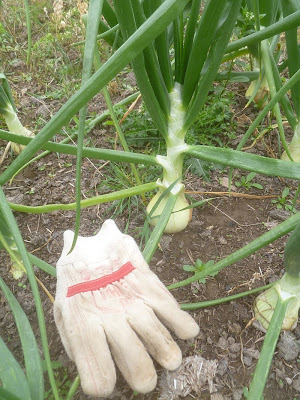 Not too shabby on the onion harvest. My first successful crop grown from seed. 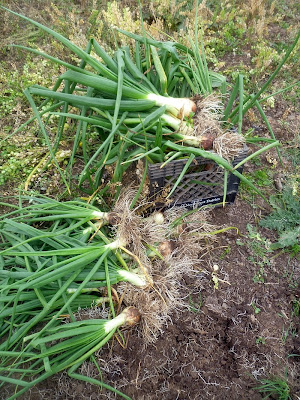