Bedding down for the winter

It was time to button up the strawberries for the winter. I'd been reading up on this, and it seems I was supposed to wait until the temperature reached 20F, to encourage the strawberries to go dormant.

So the other morning, bingo. Twenty degrees. We've had three mornings in a row in this range, so I figure the strawberries will be about as dormant as they'll ever be. Time to bed them down. 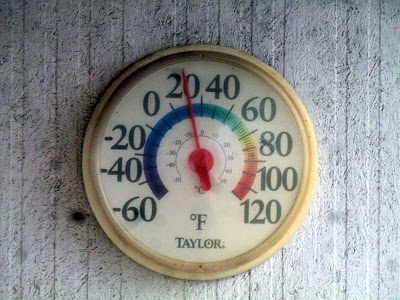 The idea is to cover the strawberry plants with several inches of loose straw. So I raided the barn and came away with a wheelbarrow full of straw. But when I went into the garden, I was in for a nasty shock. One whole strawberry bed was eaten down! 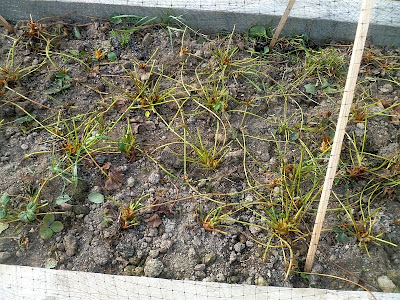 It wasn't hard to trace to culprits. 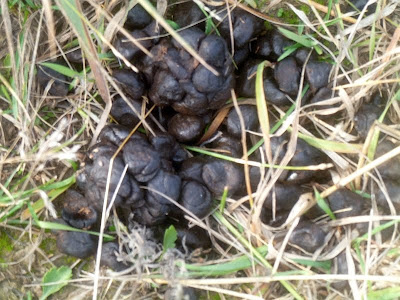 Seems the ding dang deer had been back for a snack, just like they did during the summer, despite the protective netting over them! How????

The netting was sorta tangled up and partially pushed back, which is how the deer got access to the plants. But how did the netting get pushed back? Deer aren't that smart! Fortunately except for my annoyance, the damage could have been worse. The plants are pretty much dormant, so I'm confident they'll recover next summer. 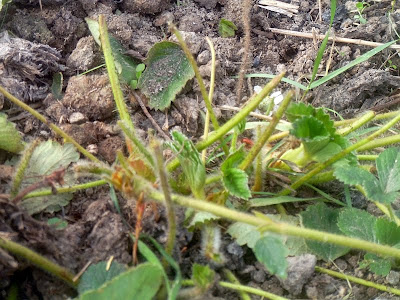 Meanwhile I loosely shook some hay over the bed. 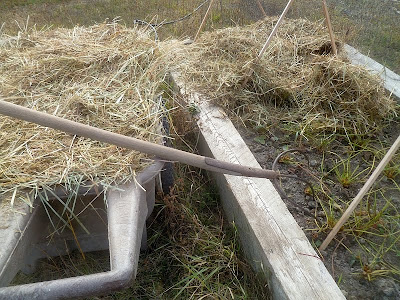 As I worked, I was able to piece together the sequence of events that led to the plants being eaten. Obviously a deer had gotten seriously tangled up in the bird netting, since I found long jagged tears, one on each side of the net "tent." This stuff isn't easy to tear, so the deer must have had quite the battle with the stuff. And obviously, once she broke free, why not enjoy the now-vulnerable plants as a tasty late-night snack?

So I wove together the netting on first one side of the bed... 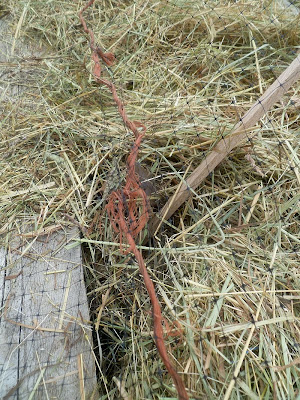 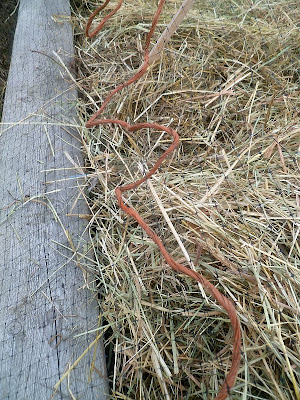 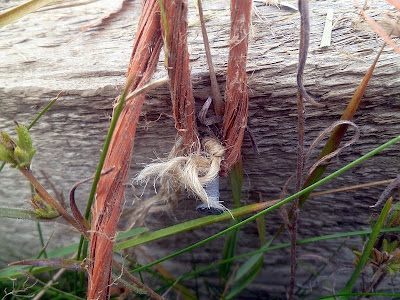 With the netting repaired and the plants covered with straw, the damaged bed is ready for the winter. I was originally planning on taking the netting down, but now I'm not so sure. I think I'll wait until there's a nice snowfall before removing the netting. 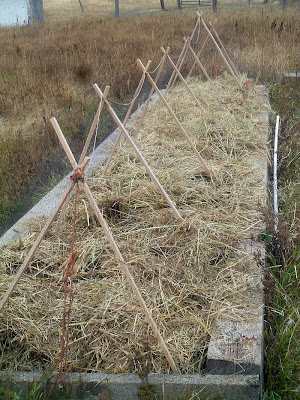 The other strawberry bed was undamaged. 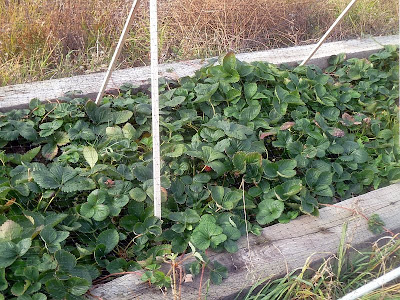 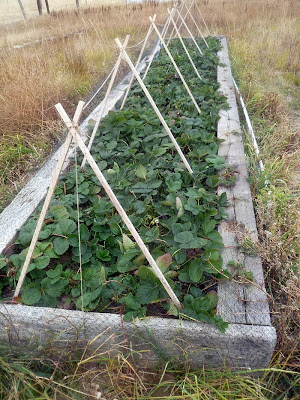 It even had a late-season strawberry, which I picked. However it was so bad, I spit it out. 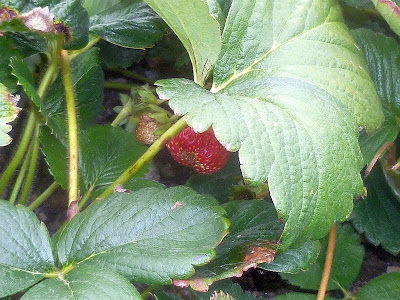 I also covered this bed with loose hay and re-covered the bed with the netting. The strawberries are now officially buttoned up for the winter. 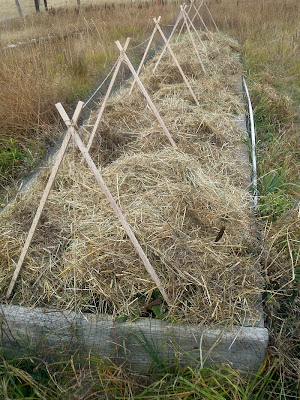 Posted by Patrice Lewis at 3:17 PM