Yesterday was my last day in Florida, and of course the most nerve-wracking day of all since it was the day of the actual filming.

At the appointed time (well, a bit early) I drove to the studio. 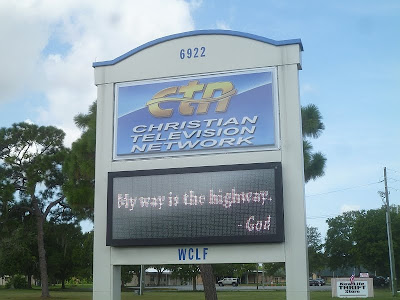 It didn't look like much on the outside (except for this HUGE antenna)... 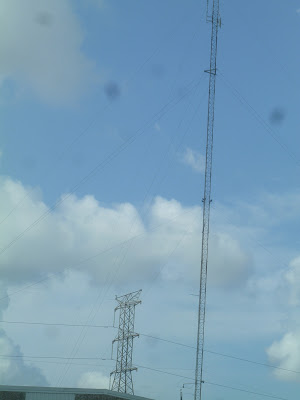 ...but inside was a veritable maze of rooms and studios... 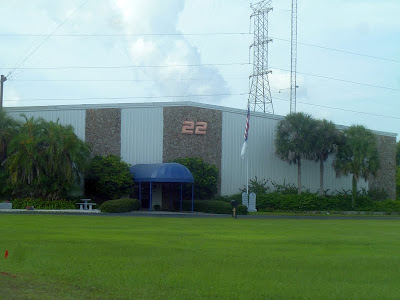 I was escorted to the Green Room, a lovely place, to wait until the current guests were finished filming. I paced around nervously. 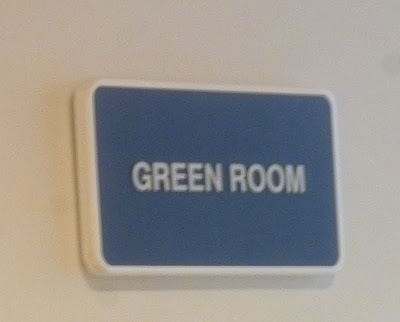 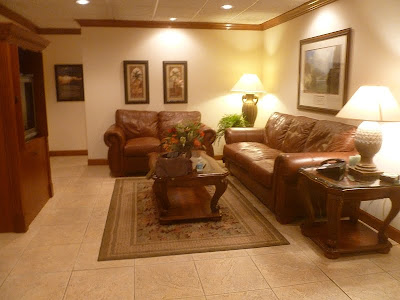 Then it was my turn. I shouldn't have fretted. The hosts -- Herman and Sharron -- were a kindly older couple who had been married 53 years. They were as nice as could be and immediately put me at my ease. 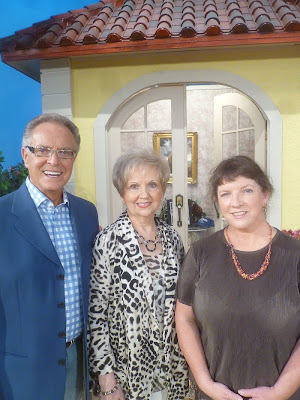 The studio was fascinating to see from the inside. The studio had a number of sets used for different shows. Ours was a "garden" set. 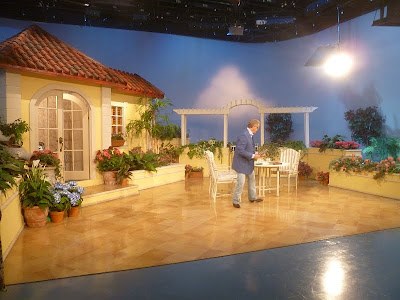 Other sets were dining rooms, a desk area, and even a full living room. 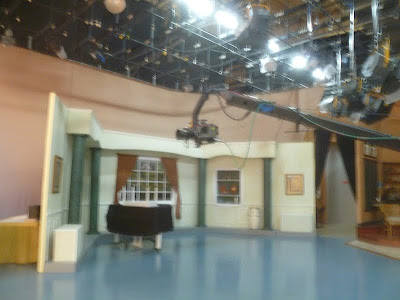 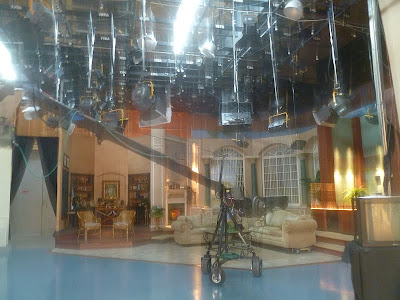 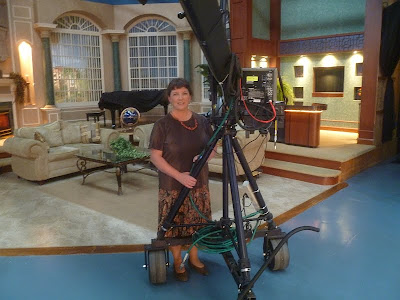 One of the cameras was on a boom, so it could be moved around from a higher angle. 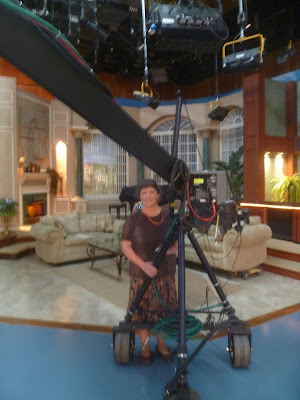 The whole ordeal wasn't nearly as nerve-wracking as I thought it would be, except for being painfully aware of my appearance. The reason is the lights shine so brightly I couldn't see the cameras, so they didn't freak me out too much. Instead I tried to concentrate on just chatting with the hosts.

Nonetheless, I was GLAD when it was over!

I happened to notice the temperature as I left the studio. Ug, sometimes it's better not to know. 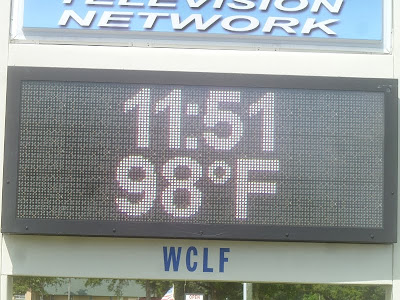 After lunch, I immediately hit the road since it was a two-hour drive back to Orlando. I waved at the dinosaur as I passed. 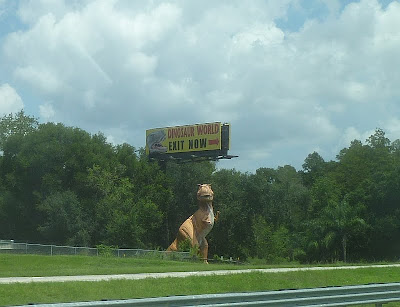 While driving, something unusual happened at 1:52 local time. I was listening to a news station broadcasting out of Washington D.C. when all of a sudden the female host stopped, gasped, and said "Oh my God, we're having an earthquake!" She and the male host were being shaken in their studio, live during the broadcast. All the pre-recorded sound bites they had lined up for their news stories suddenly didn't work, but that was okay, they had lots of stuff to fill the air time ("breaking news," they called it). (Apparently the political Tweets were almost instantaneous. My favorite so far: Evidently the quake occurred on a little known fault line outside of DC called "Bush's Fault.")

And thankfully I didn't have to go through any TSA nonsense on this end either. Perhaps it was due to the huge crowds (which, I'll admit, were very cooperative and well-behaved as a whole), but I merely walked through a metal detector, re-gathered my belongings, and I was good to go. The flight the Denver wasn't delayed, nor was the second leg of the trip from Denver to Spokane.

Flying west, the sun was at an angle that photos didn't really come out. This is a color-enhanced shot as we were landing in Denver. 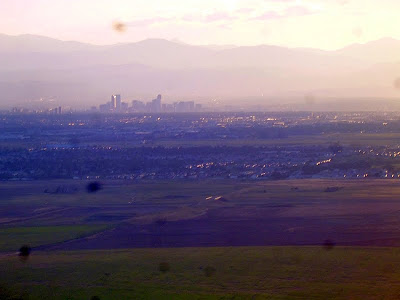 And of course, Denver has the funky roof of the terminal to amuse visitors. 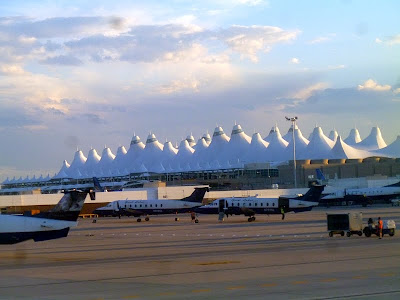 The second half of the flight was entirely in the dark, so photos wouldn't have worked. But here is Spokane (or more specifically, Spokane Valley) just as we're approaching the airport. 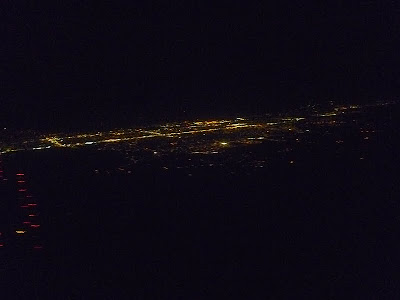 My flight arrived on top at 11 pm and Don met me without any trouble. What a tiring day! I'm glad to be home and glad to have survived the experience.
Posted by Patrice Lewis at 5:36 PM