A few months ago when we had many of the cows in the driveway area, our little Jersey heifer Polly decided she liked window screens. As in, eating them. Bad Polly, bad! Nonetheless, the damage was done: most of the screens within her reach were either severely damaged or just plain gone. (Miraculously, this apparently did no damage to her digestive system.) Bottom line, I removed all the screens and stored them away until such time as we moved Polly and the other animals down to the pasture. 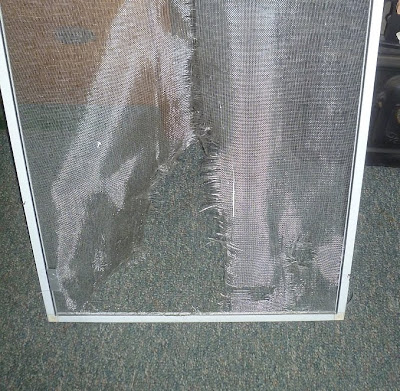 But with the warm weather upon, we needed the screens back on the windows to keep the mosquitoes out. Time to do some frugal fixes. 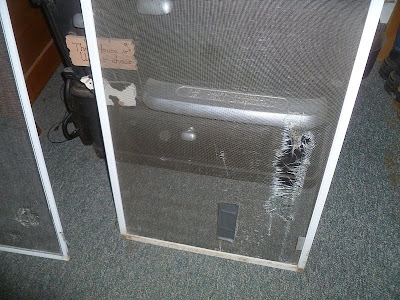 For the badly damaged screens, the entire mesh needed to be replaced. So I pulled the rubber gasket from around the perimeter and took out the screen. 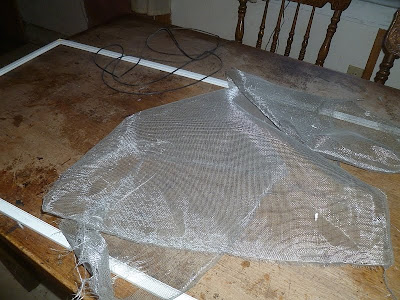 Meanwhile we had some screening we'd bought at a yard sale a few years ago. It had holes here and there, so we cut out whole screens from the most non-hole-y parts. 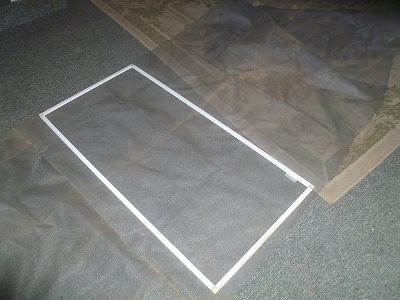 Then came the tedious process of poking the gasket back into the frame. Took a long time. 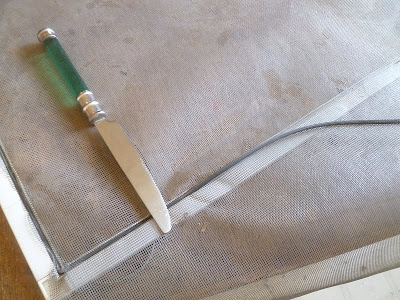 For screens that had less damage, we could get away with patches (often using the leftover undamaged portions of the badly damaged screens). I trimmed the torn areas... 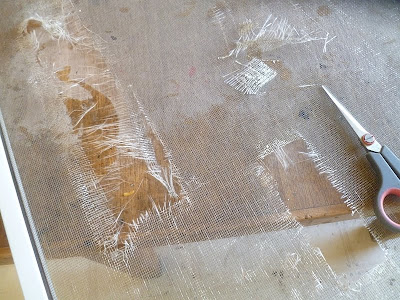 ...and fitted the spots with patches, which I sewed on. 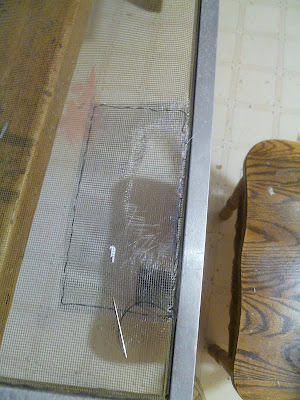 The results may not be beautiful, but the screens are perfectly functional and it saved us bucko bucks from buying new screens. 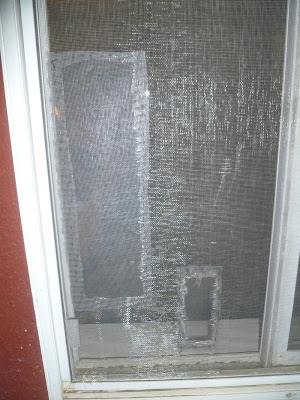 Posted by Patrice Lewis at 9:32 PM