How to beat the system

I was going through some older (and unanswered) emails when I came across a humorous photo sent by a reader named Becky. It seems some folks in Döllstädt, central Germany were denied a permit to build a shelter for their horses (thus proving that government bureaucrats are idiots the world over). So they decided to build a table and chairs instead. 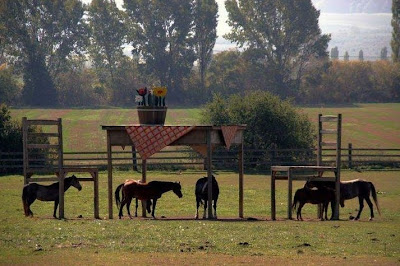 Posted by Patrice Lewis at 7:40 AM