I've been brain dead this week, since it's been the final push in getting our taxes done. Our appointment with the bookkeeper was actually last Wednesday, but since it was the same date as a massive article I had due for a magazine, I switched it to today instead.

So last night -- finally -- I got everything done. Phew! I do our taxes by hand (not on the computer) which amuses our tax preparer to no end. At the same time, she admires the fact that I have every possible scrap of paper or receipt or other documentation to back up every nickle we make or spend. 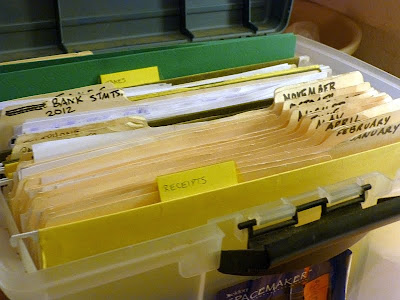 So, since I've been too muddled to post much on the blog, I'll just drop a few random pix from the last couple weeks instead. The weather hasn't been conducive to pretty pictures, so I don't have many.

An oil lamp on the windowsill on a gray day. 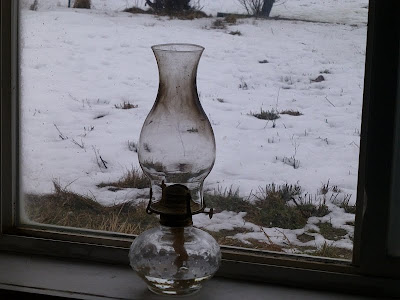 On the way to our county seat, we pass this broad marshy area. Depending on the time of year, it might be flooded, or marshy, or bone dry except for the deep-water channels. Right now it's dry, and if you look verrrry closely you'll see a whole bunch of deer grazing. Sometimes there are several hundred deer on this stretch. 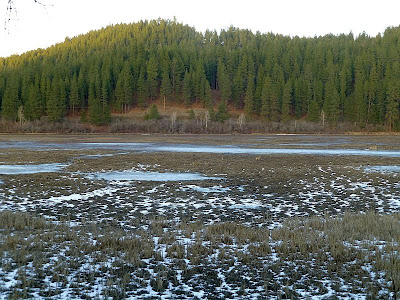 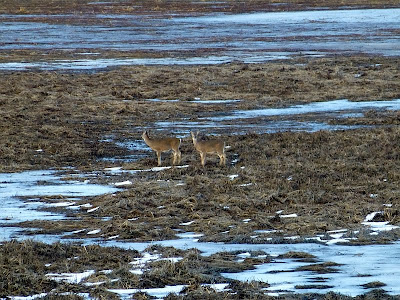 They are certainly very well camouflaged! 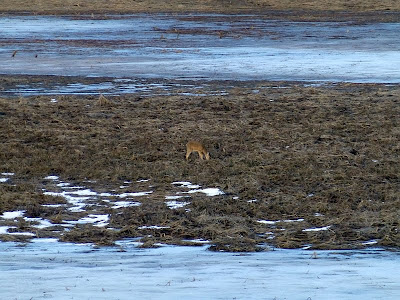 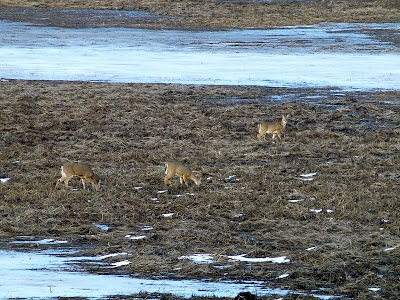 A weird moment in the sky on a cloudy afternoon. The roundish dot in the dark band looks like it should be the sun, but in fact it's a dull rainbow reflection. The sun was in the bright spot below. 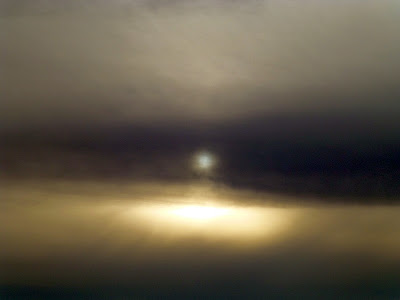 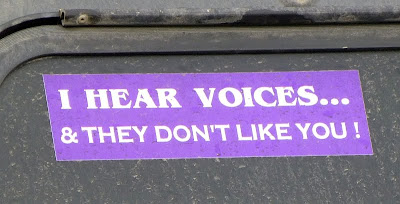 Tracks from our barn cat in fresh early-morning snow. 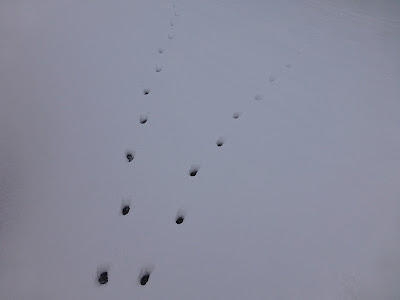 Waiting for the morning feeding. 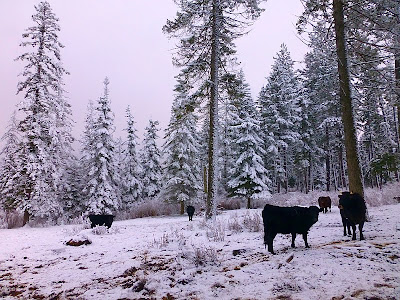 Remember when Thor was born? This is what he looks like now. He's very sweet. 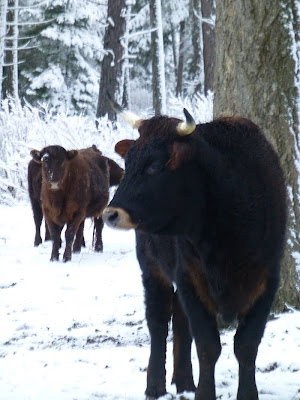 Sigh. I must accept reality. That's a long gray hair you see tangled in the hairbrush. I can't complain; at age fifty I'm still mostly brown... 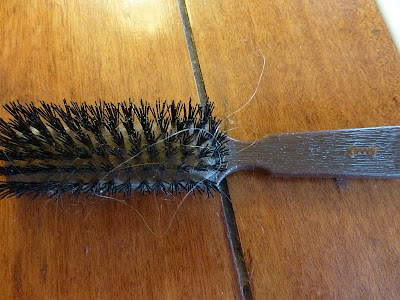 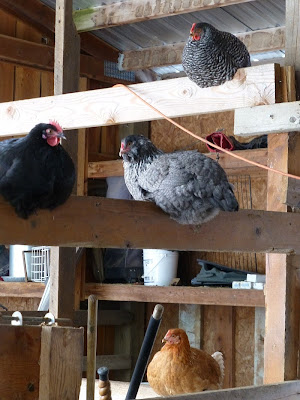 The chickens discovered some feed that got spilled in the driveway. 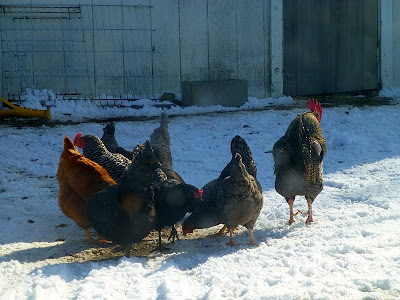 Don's been cleaning his shop of some accumulated sawdust and waste, so he started a burn pile. It was a good day for it, with no wind. In Idaho during the winter, we don't need a burn permit to burn wood waste. 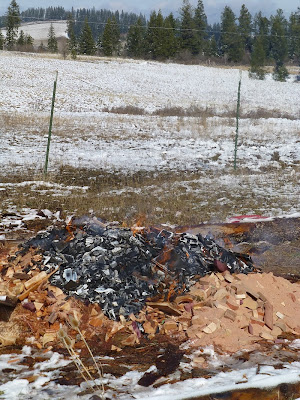 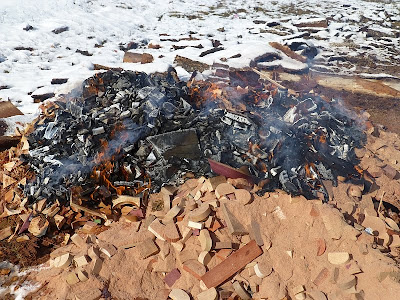 However someone saw the smoke, concluded it was a structure fire, and called the fire department! 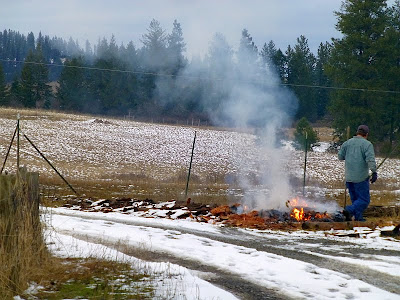 The truck didn't even bother coming up our driveway. They could clearly see from the road that it was an attended burn pile, so they just turned around and drove off. 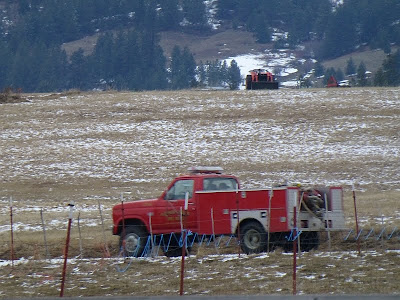 By nightfall, the fire gave a pretty glow. Pity we didn't have any marshmallows. 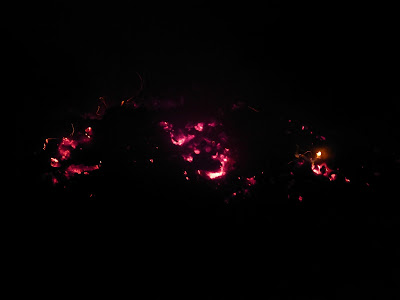 Younger Daughter's Bible, still open on the couch after her day's schoolwork was done. 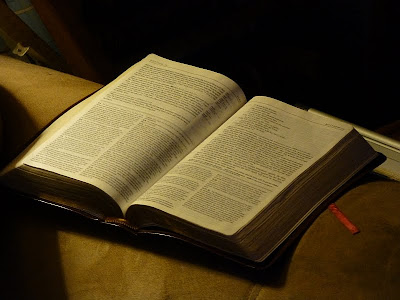 The sky sure didn't look like it was going to do much last night as far as a sunset, but it kept getting prettier and prettier. 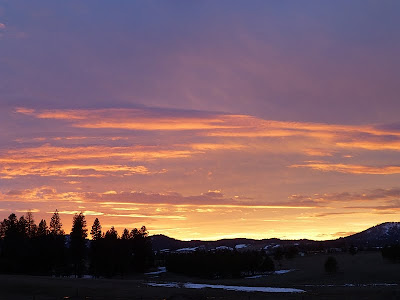 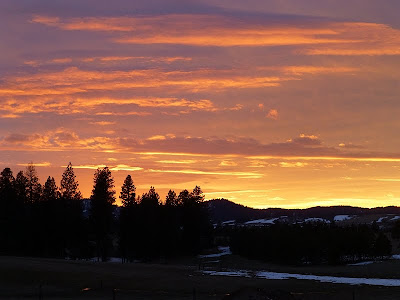 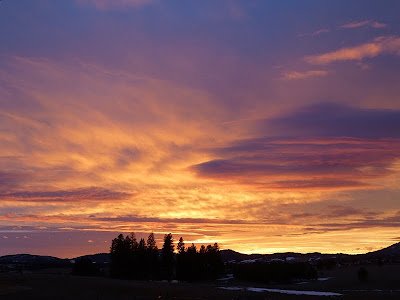 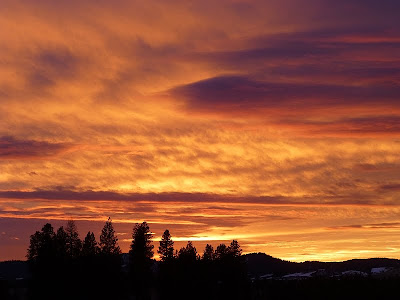 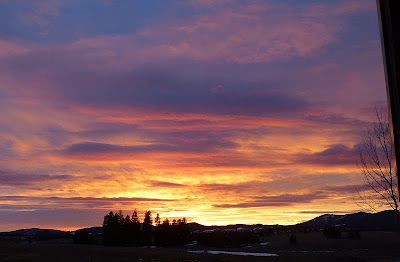 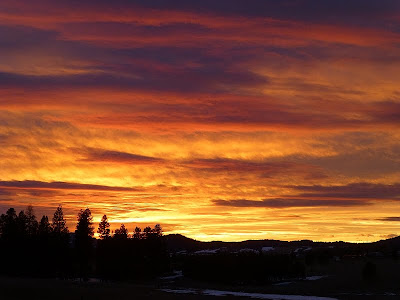 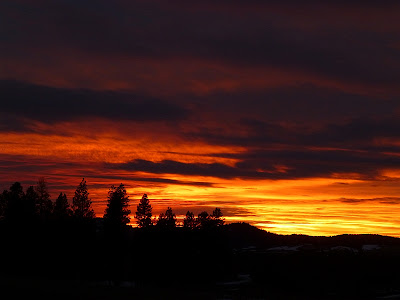 Posted by Patrice Lewis at 6:14 AM