One of the trends we've noticed in movies over the last few years is to make every family dysfunctional. I think the logic is that movies are supposed to reflect "reality" (which, sadly, they might), and since apparently no one in Hollywood believes there are any happy, stable families left in existence, they film what they (think they) know. The trend is so strong that nowadays it's impossible for Hollywood to depict a "traditional" family in a positive light. If a nuclear family is actually (gasp) intact, then it means everyone is full of angst, anger, addictions, affairs, or other vices.

I remember finding a movie remake of the 1960s television series Lost in Space. The Robinsons in the original Lost in Space, if you recall, were a close and loving family who had all sorts of campy adventures; but no one doubted the strength of their family ties.

However in the movie remake, everyone hated each other. The family unit, naturally, had to be dysfunctional. Sheesh, folks, would you really send a family into space when they were already at each others' throats? Does that sound like a recipe for success in interstellar exploration?

So anyway, this evening Don was looking through some listings of movie releases when he came across a movie blurb so extraordinary that he read it out loud:

Desperate to get out from under her overprotective mother, a home-schooled teen runs off to live with her dad, and forms a bond with his much-younger boyfriend. 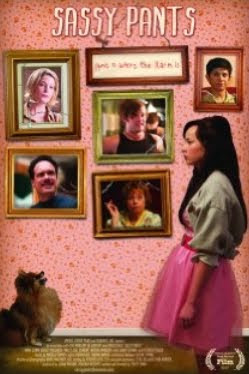 To conceive of such a stoopid plot, it's as if, literally, Hollywood simply cannot fathom a family that actually gets along. Everyone has to be dysfunctional. On the IMDB page, someone left a note: Worst mother since Mommy Dearest. Then of course she's representative of ALL homeschooling moms, right?

"Who thinks of these plots?" I groused.

"Hollywood," replied Don. "They probably said to themselves, 'Let's make a movie that reflects our viewpoint on something we know nothing about. Since no one could possibly like being homeschooled, and people probably just homeschool to hide the bruises anyway, let's have a plot with a dysfunctional family and give it a modern twist.'"

I guess this is how Hollywood defines normal.

We don't watch a lot of movies in our family, and if this is the drivel coming out of Tinseltown, I guess we're not missing much. Anyway, I can assure you we will never ever see this film.

Personally I don't think it's homeschooling families that are dysfunctional. It's Hollywood.
Posted by Patrice Lewis at 6:31 PM