Speaking of frugal living, I finally got around to doing something I've been meaning to do for months: patching my pillow.

When Don and I were married in 1990, we received a set of "feather-down" bed pillows which I absolutely loved. I don't know what happened to Don's pillow, but I've used mine for over two decades (and please spare me the lecture about how unhealthy this is; I love my pillow). 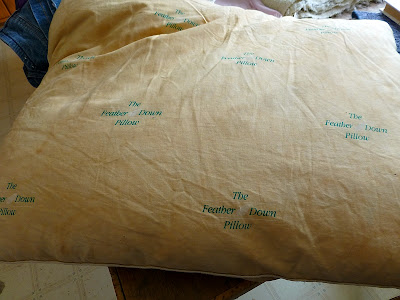 But it's finally starting to develop some holes, through which little downy feathers are forever poofing out. One big hole... 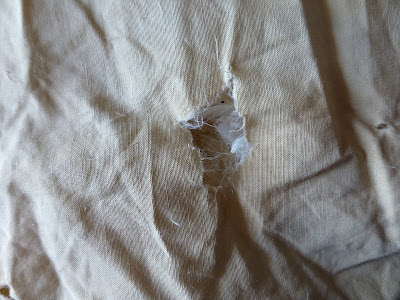 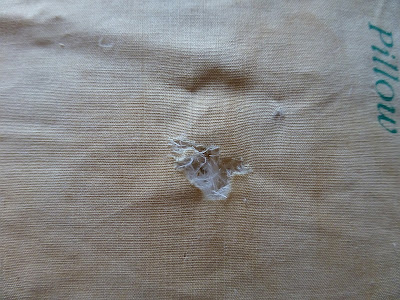 Being too cheap frugal to buy a new pillow, I decided to patch it. I used the square of thin batting I used last week for a temporary tea bag. This material is more like thin interfacing than batting. 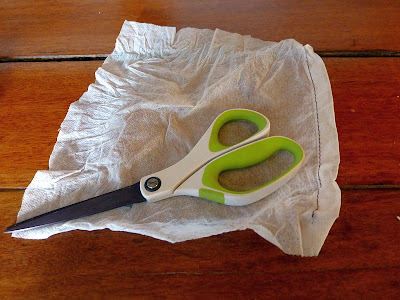 Since it doesn't fray along the edges (plus it's quite tough), I didn't have to hem it or fold over the edge; I just doubled it up and sewed it on. 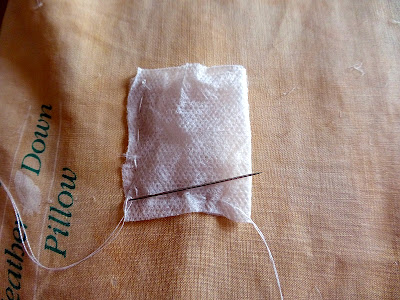 I also noticed some additional small holes starting to form. I guess I have to face reality; it's time to sew a new pillow. I'll use a thrift-store sheet and cut it to size, then re-stuff it with the same feathery contents (a hint from my mother: do this outside, not in the house). 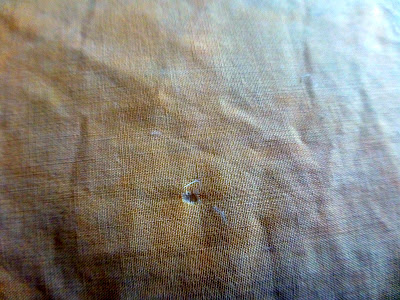 But until I get around to doing that, at least my pillow is patched and won't leak feathers. And since no one will ever see the patches, I didn't have to worry about neat picture-perfect stitching. 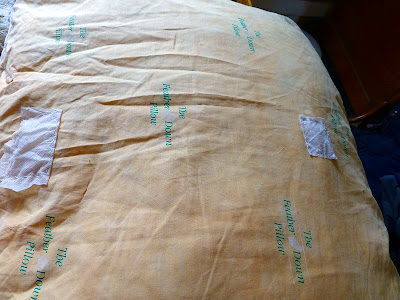 This is in contrast to a couch pillow that split a seam a couple months ago, and on which I did do neat stitching. 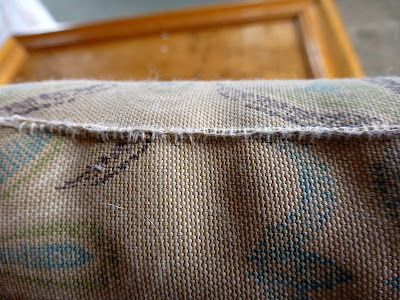 So what do new feather-down bed pillows cost these days? How much did I save? 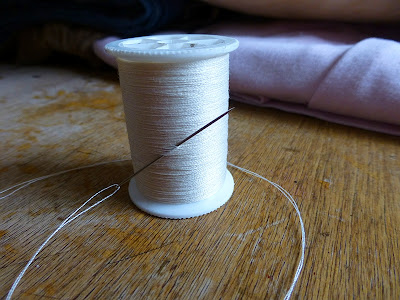 Posted by Patrice Lewis at 5:46 PM

Email ThisBlogThis!Share to TwitterShare to FacebookShare to Pinterest
Labels: frugality