It's been so busy today - the day after Thanksgiving - that I haven't had a chance to post. So, a little belatedly, here's what our Thanksgiving Day was like. 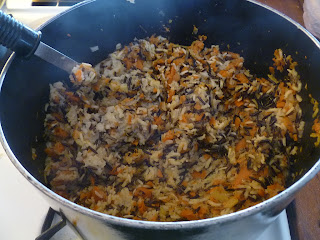 Since the stove was full, I pressed the woodstove into service: 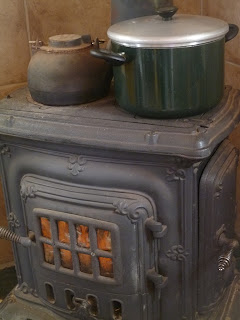 Into the oven went the turkey: 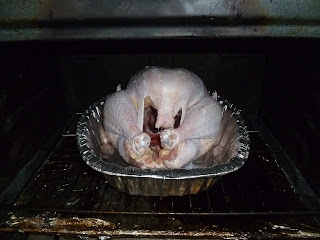 I had a drawer-ful of dull knives.  Don took them into the shop and sharpened them.  It's become something of a tradition for him to do this on Thanksgiving Day after the time we had our pastor for Thanksgiving dinner, and he graciously offered to carve the bird.  The poor guy went through four or five knives before finding one sharp enough to carve with.  We still chuckle over that. 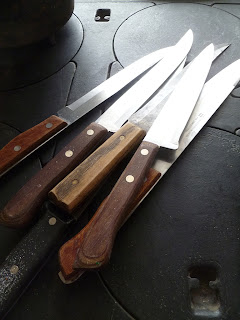 GG, our young guest for the weekend, asked for a special dish of which she's particularly fond: candied yams.  This is a hideous monstrosity consisting of mashed yams whipped with marshmallow cream and topped with mini marshmallows, then baked.  Yuck pitooey.  But hey, the poor kid's far away from home, and if she wants candied yams, it's a small thing to provide.  That didn't keep us from teasing her unmercifully about the palatability of the dish, however. 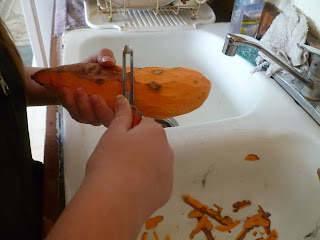 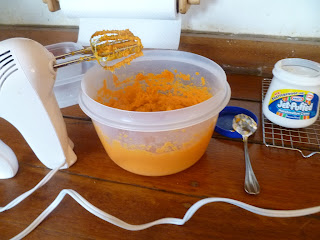 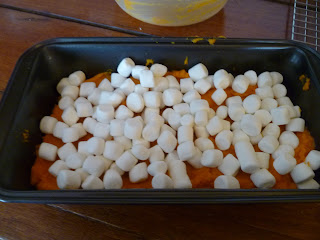 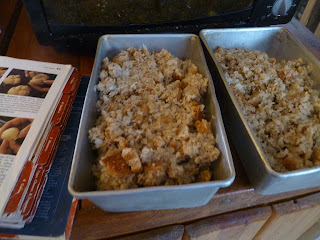 While the turkey was baking, I sent the kids out to shovel a path from Matilda's stall to the manure pile so I could more easily clean her pen. 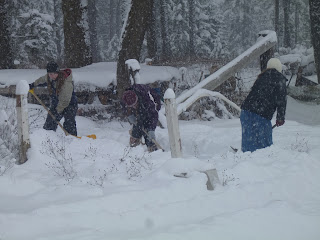 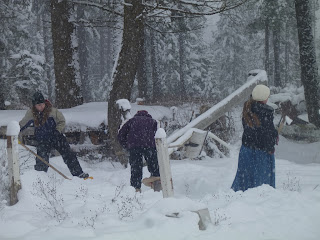 After this they romped with the dogs. 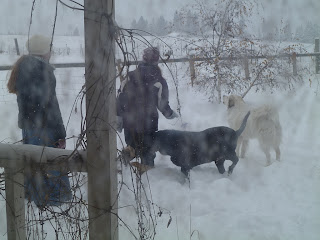 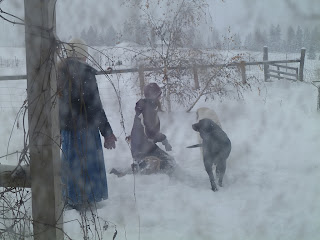 Our guests for dinner were some friends with three teens who had plans to travel several hours south to visit relatives, but were daunted by the snow and joined us instead.  Here are some of the collection of kids, playing a word came. 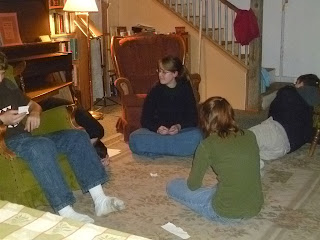 With nine people total, it's a good thing our friends brought a fold-out picnic table that we dressed up. 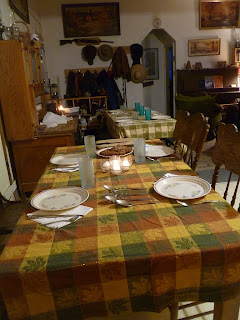 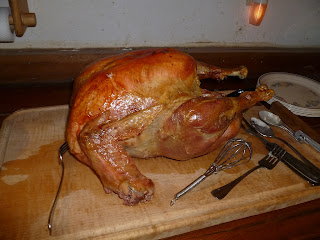 ...and carved with a (newly-sharpened) knife. 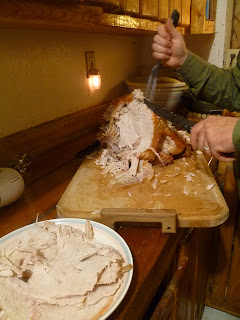 We called this "north Idaho camouflage"... 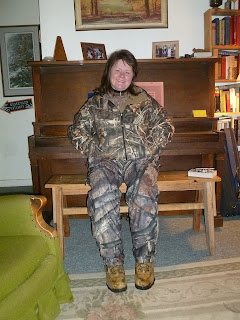 ...and this we call "San Francisco camouflage." 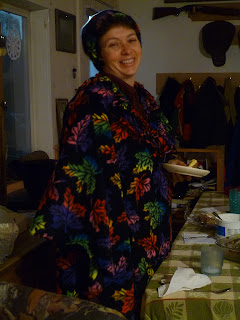 I hope you all had as blessed and bountiful a Thanksgiving as we did!
Posted by Patrice Lewis at 10:18 PM

Email ThisBlogThis!Share to TwitterShare to FacebookShare to Pinterest
Labels: Thanksgiving