A friend of ours has been on the hunt for a wood cookstove.   She took a tour of Enola Gay's stove and came away impressed enough to look for one of her own.  After a great deal of searching, she was able to locate one outside the town of Sandpoint, to the north of us.

She invited me along for the ride to go see it.  I hadn't been to Sandpoint for years so it was nice to see it again.  It's a pretty little yuppie town on the shores of a lake, with a long causeway over the water. 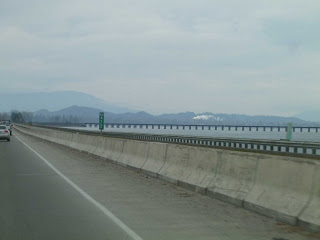 There's also a long railroad trestle going over the water toward the town as well. 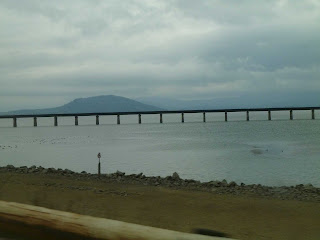 Downtown Sandpoint is charming.  Yuppified, yes; but that's what has allowed it to keep its charm.  No complaints from me! 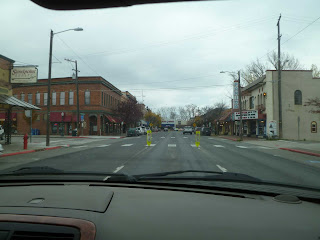 The stove was in beautiful condition.  It had been used very little and mostly just stored in an unfinished building on the seller's property.  What a find! 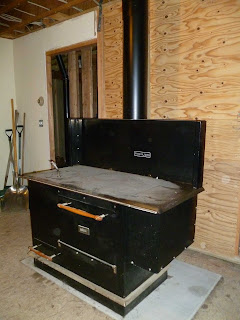 So a couple days later, Don went with the friend to load the stove.  It was a bear to get it into the back of her van, and an even bigger bear getting it unloaded and into her house.  It was all hands on deck for the unloading.  The stove weighs about 600 pounds and space inside the van was cramped. 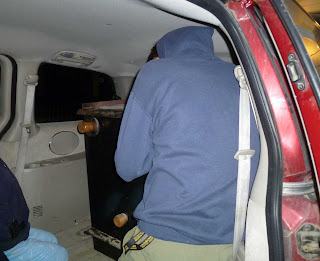 But with a great deal of effort we got it out of the vehicle and onto the porch. 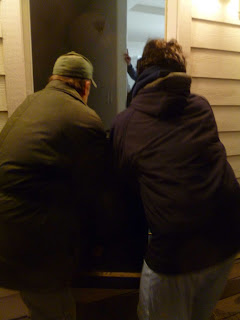 After this we were able to get the stove onto one of those low wheeled furniture-movers and we pushed it into a corner of her mudroom, where it will stay until it can be installed inside the house.  Phew! 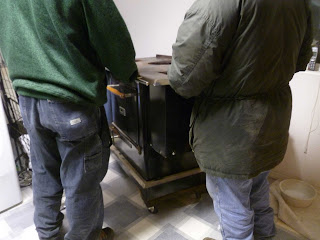 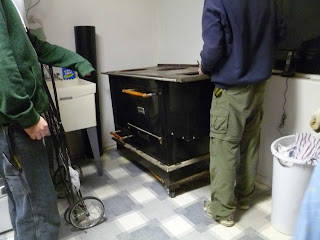 Posted by Patrice Lewis at 8:36 PM