We don't make a Big Deal out of birthdays in our house, so today's been a pretty ordinary day. It started out early before the rest of the family was awake by scooting a couple of pregnant cows into the corral.

This is Jet, looking very grumpy. She doesn't want to be holed up like this, but she's due any time and I'd prefer to have her close. 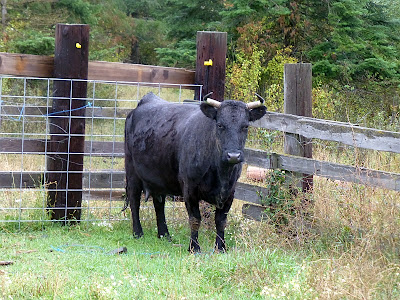 How can I tell she's about to calve? Well with Dexters, I've learned to watch the udder. When it goes turgid and all the teats stick out every-which-way, it usually means they're close. 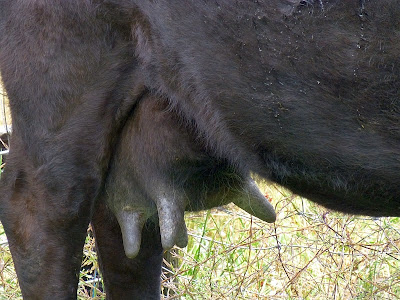 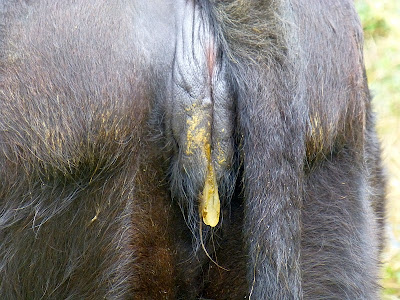 On the other hand, she's been in the corral all day and hasn't gone into labor yet, so my hopes of having a birthday calf may be dashed.

I also shoved Matilda into the corral for the same reason -- she's due any day. With Matilda, however, her massive udder balloons up well in advance and the poor dear walks around with this enormous pendulous beach ball between her legs. 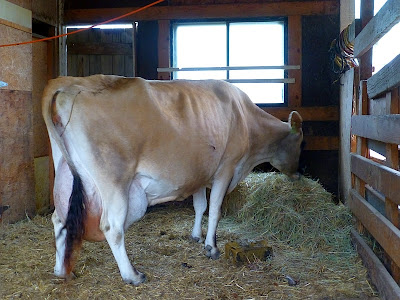 Matilda is pure Jersey and about eleven years old now, and she's always had a poor udder attachment. She's a wonderful mama, though, and adores having calves on her. We missed a breeding last year, so I'm sure she's looking forward to a new baby.

However Matilda and Jet don't get along, and I knew it was dicey to keep them confined together (Jet is vastly dominant to Matilda and has horns to boot). I ended up closing the rest of the livestock in the pasture and letting Matilda loose in the driveway and keeping Jet in the corral.

This morning I also noticed Polly was in heat, so Don and I shoved her and Petunia in with Samson, our bull. I'll keep her in for about a week and then release her, since I want to keep milking her and I can't milk her when she's with Samson. 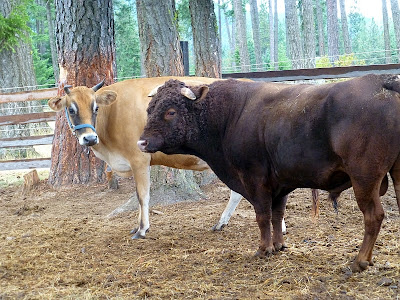 Later in the morning I had to hurry to get my WND column finished and submitted by noon. I was a few minutes late in sending it, but that's because my folks called to wish me happy birthday. Sorry, they take priority for a few minutes over a noon deadline!

We had some heavy rain showers move through yesterday and today. This means I'm off garden-watering duty for awhile, a nice break. 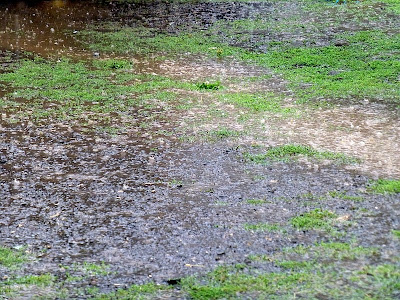 However it was past time to pick a lot of the cantaloups. I sent Younger Daughter out to pick the ripe ones. 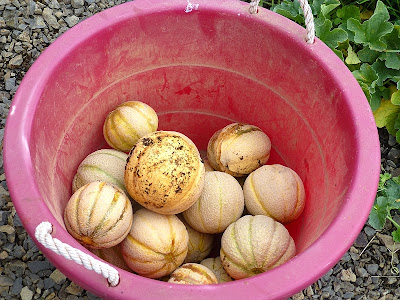 Some are over-ripe and have split. 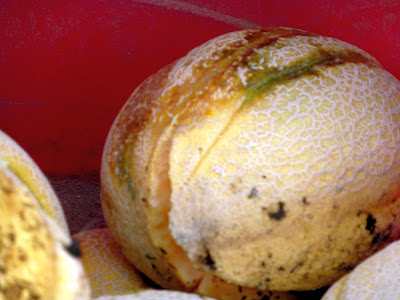 I'm not overly worried about keeping the house tidy right now. It's trashed, but that's because we're in the throes of our busy season and have tons of tankard work going on. 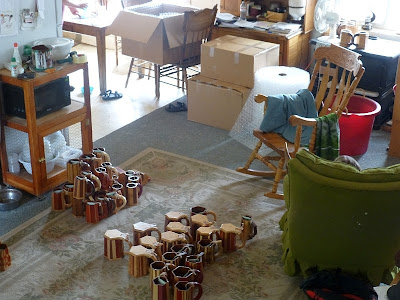 I get the kitchen cleaned up each night, but that's about it. This is the reality of a home business -- it's at home. A messy house just happens. 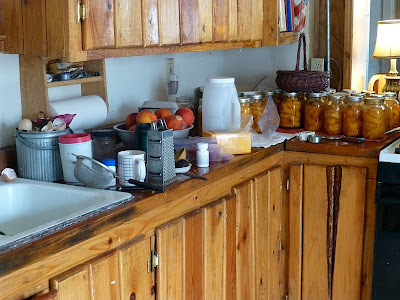 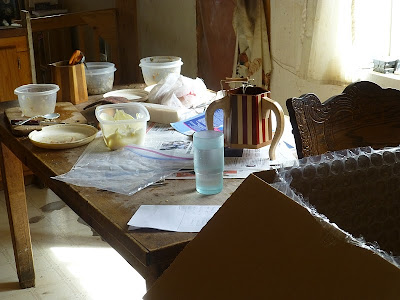 One nice thing is that I can listen to classical music again. I'm an absolute classical music fanatic. For years I listened to our one and only regional classical station on a thrift-store radio in the living room, but my radio hasn't been working and I've gone into withdrawals. Then the girls told me about Pandora.com, so I've been listening to my beloved composers via the tinny speakers on my computer. Today Older Daughter loaned me her computer speakers which vastly improved the sound quality. As I type this, I'm happily listening to Concerti a Cinque by Albinoni. Bliss. 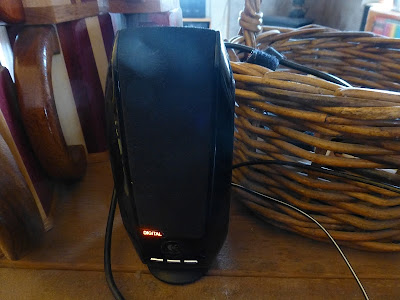 This afternoon I made some chocolate chip cookies, and toward the end Older Daughter rummaged in our bag of candles and took out a birthday candle (in green, my favorite color) and stuck it into a cookie for me. 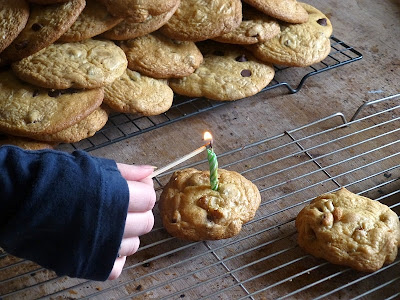 I thought that was SO sweet. 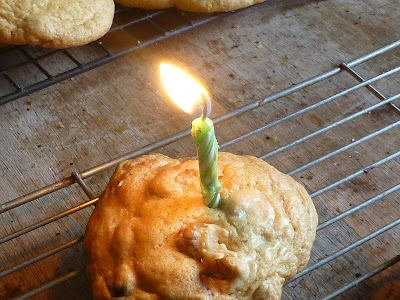 So that's been my birthday. Nothing earth-shattering... except for being continuously around my lovely family. Doesn't get any better than that. I'm one lucky woman.
Posted by Patrice Lewis at 5:34 PM