After reading everyone's suggestions on how to determine whether or not a watermelon is ripe, I waited a few days and gave it another try. 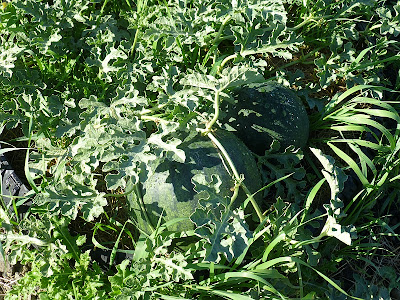 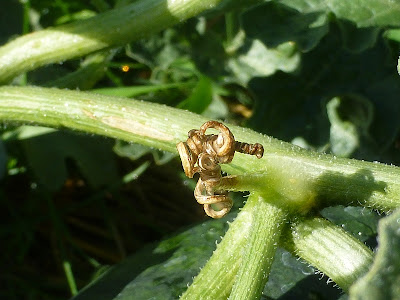 So I took it into the house, and Don sliced into it. 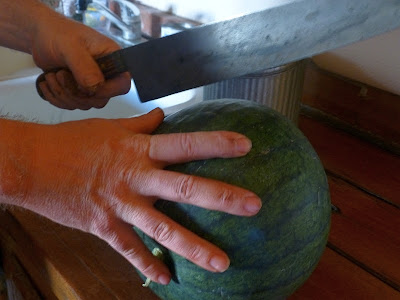 At first it didn't seem much riper than before, until (duh) we realized he'd cut close enough to the rind to get a lot of white. 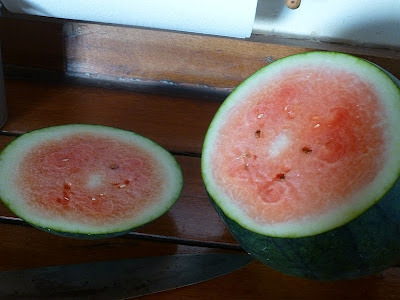 But once we sliced through the center, we realized we had... success! 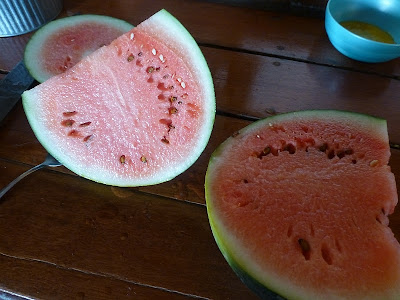 The watermelon was wonderful, and it was an ego boost to realize it came from our own garden. That said, I could have left it on the vine a day or two longer for additional sweetness. Still very good, though. And it was fun to wade through the watermelon seeds (remember those?), the way a watermelon is supposed to be. 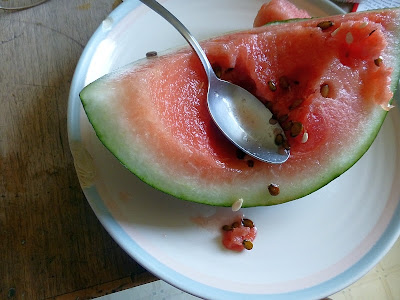 And the chickens certainly appreciated the leftovers. 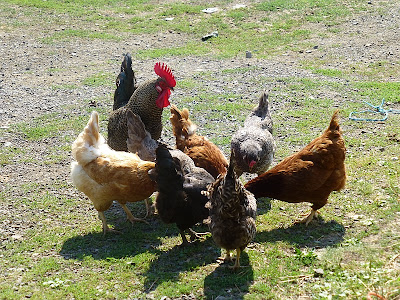 Then a day or two later, I was mindlessly watering the garden when I became aware of a distinctive smell, the smell of RIPE cantaloup. And I mean ripe. In the photo below, can you see how the two lower cantaloups are yellower than the one on the upper left? 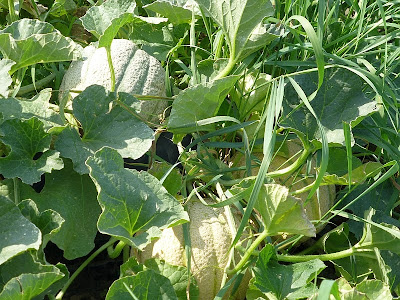 So I picked two and brought them into the house. 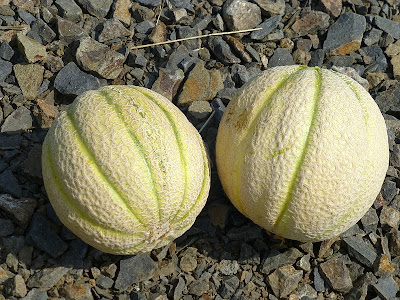 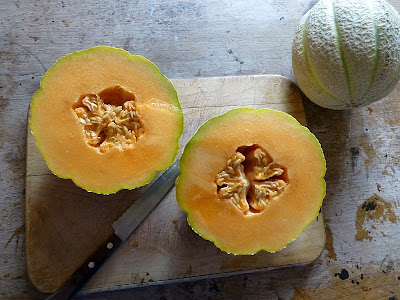 We all took spoonfuls and agreed it was the best durn cantaloup we've had in years. 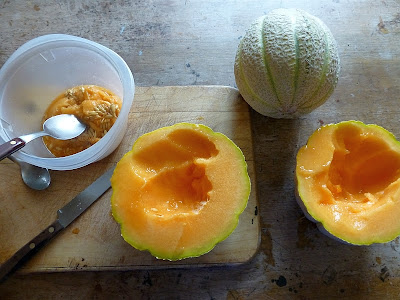 There are dozens of cantaloup ripening in the garden, enough to hand out to friends and neighbors. I also want to bring some in to the folks where I've been getting the billboard tarps, by way of saying thanks.

Sadly these fruits are hybrids, so I won't be able to save their seeds for next year. I have one heirloom watermelon that has a nice-sized fruit on it, and I'm guarding it like a hawk in order to harvest its seeds.
Posted by Patrice Lewis at 2:24 PM