Little Amy is doing just fine, being bottle-fed. She's frisky and cheerful, and comes right over to see us (as her main food source) whenever we walk by. What's nice is she has the best of both worlds: even though she's being hand-raised, she still has the security of a loving mama. 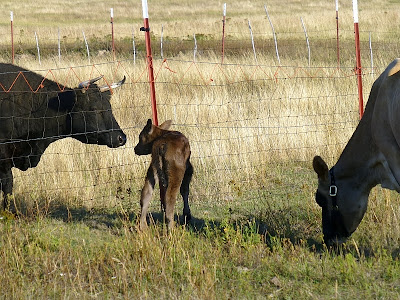 But since I'm milking Matilda twice a day, I'm also swimming in milk.

When we first got Matilda five years ago, she came straight off a commercial dairy. She had mastitis and scabs on her teats. These were nightmare issues but eventually cleared up (except for one quarter, which the mastitis killed off) and became a wonderful milk cow. But since she didn't have a calf on her, we were swimming in milk. At her peak output, I was getting five gallons a day.

When Matilda had her first calf with us about three years ago and I began milking once a day, I noticed something interesting: her cream output decreased sharply. Even when she was separated from her calf all night and her morning milk was abundant, it was a lot less rich in cream. I've come to realize this just happens when a nursing cow is milked.

But this time I'm getting Matilda's full output, about three gallons a day. One gallon goes to the calf (split between two feedings), but the rest is for us. And once again, because she's not nursing Amy directly, her milk is rich in cream.

So in some regards it's the best of both worlds for us, too. Matilda gets to keep her calf, and we get all the milk. (Well, most of the milk.) 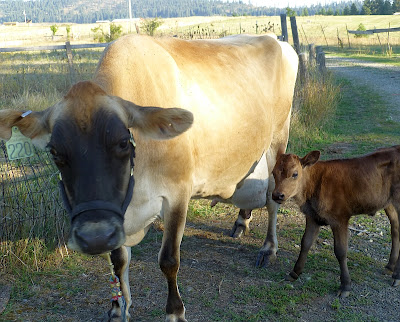 This means I have to do something with it. Yesterday I decided to make a batch of yogurt, one of the easiest things to make. I had to order a fresh batch of culture, though, since it had been so long since I'd made any. I like Bulgarian culture, since I can re-culture it for a long time. 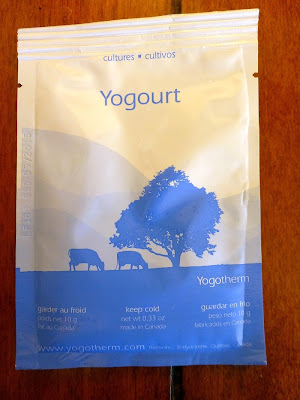 It gives clear instructions on the back. 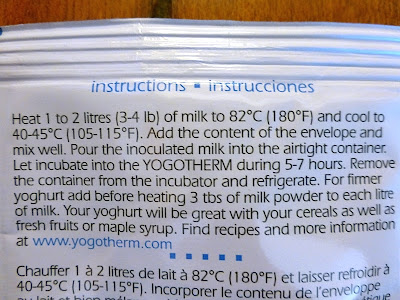 I heated two quarts of skimmed milk to 180F. I also like to add about a half cup of instant milk, as that makes the yogurt creamier. 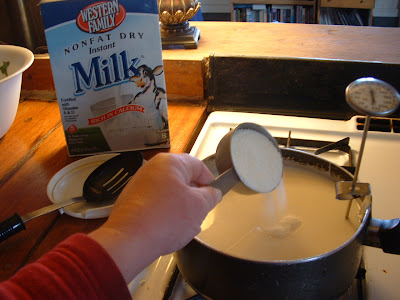 When the milk gets to 180F, turn off the heat and let the milk sit until it cools to about 110F. 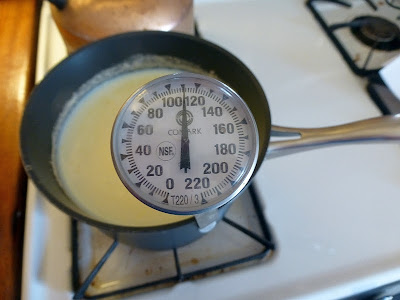 The cooled milk will form a skin on top. I take it off and discard it. 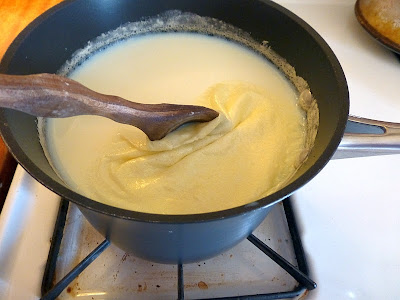 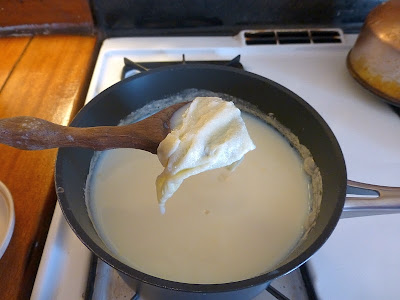 Then and only then is the yogurt culture added. Once or twice in the past, I've unthinkingly added the culture when the milk is still 180F, and of course it kills the culture right away. 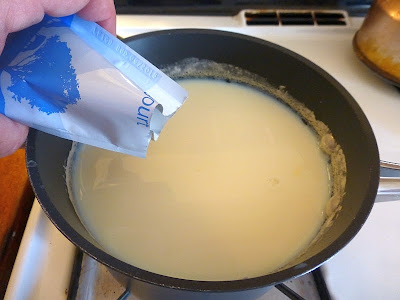 Mix the culture into the milk thoroughly. 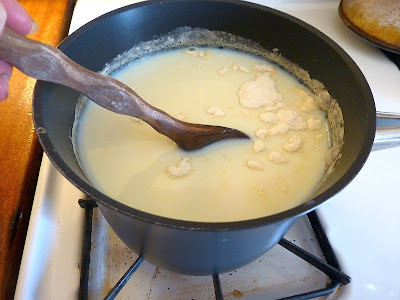 Then the milk has to incubate. Any way you can keep it warm will work -- wrapped in towels and put in a Styrofoam ice chest, placed in a warm sunny location, whatever. A few years ago I sprang for a yogurt incubator called a Yogotherm and have been very pleased with it. 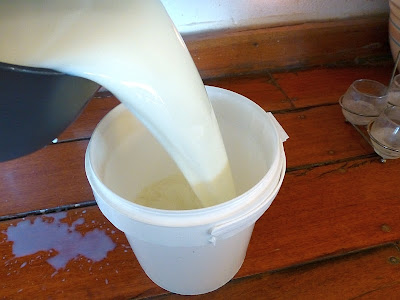 This incubator is just a plastic bucket inside a thick Styrofoam sleeve and lid, and it insulates very well. 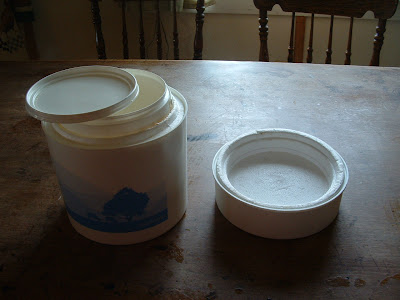 The yogurt should incubate a minimum of 5 to 7 hours. I like my yogurt to be a bit tart, so I usually incubate for about twelve hours. At the end of that time, the yogurt is firm and custardy in consistency. I pull off a few ounces and keep it for my next starter batch. 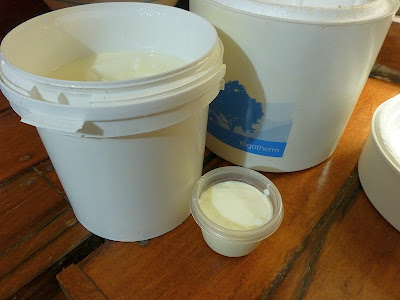 Then I chill the yogurt in the refrigerator. Of course yogurt can be flavored however you wish. I usually add a cup of Splenda and some peach purée. 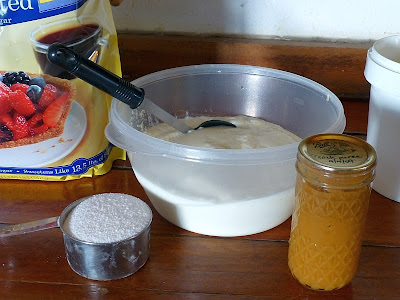 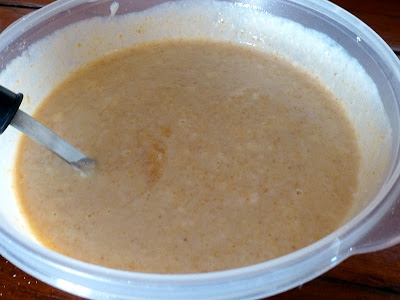 Just before eating, I like to scoop granola or Grape Nuts-type cereal into it. 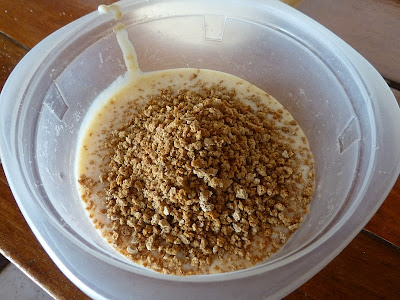 Yogurt is one of the easiest-peasiest dairy products to make. With Matilda giving so much milk, I have a feeling I'll be making a lot of it.
Posted by Patrice Lewis at 6:55 AM