Last weekend it was our turn turn to bring dessert to our neighborhood potluck. What to bring?

Younger Daughter asked for cream puffs, so that's what I made. Years ago I copied over this recipe from somewhere, but I don't remember where. I doubled the recipe since we usually have about twelve people at the potluck. 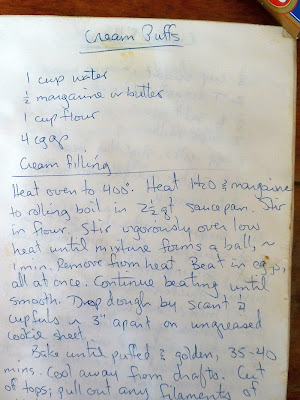 The cream puff shells are quite easy. Start with two cups water, one cup butter/margarine (remember, I doubled the recipe). Meanwhile preheat the oven to 400F. 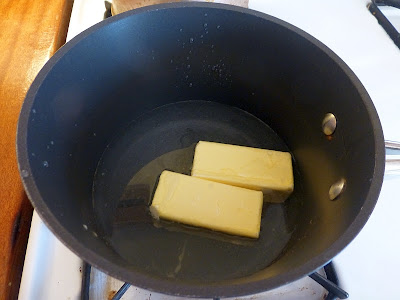 Bring the water to a boil and the butter will melt into the water. 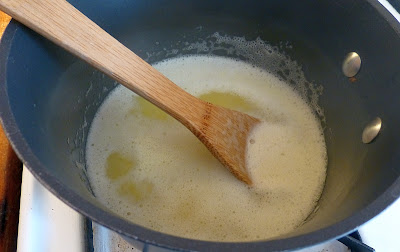 Once the butter is melted, I turned the heat to low and added two cups of flour, about half a cup at a time. At first it's all lumpy... 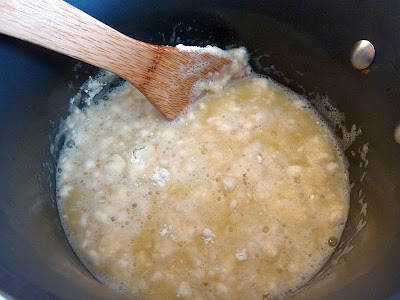 ...but then it forms a sort of dough ball. At this point I turn off the heat. 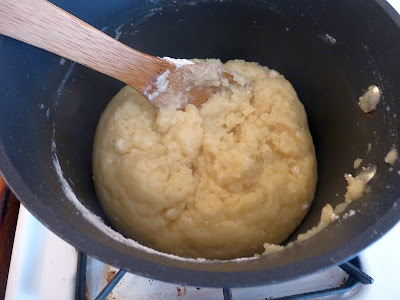 Now comes the fun part: EIGHT eggs, added one at a time. I had to raid the chicken coop for this part. 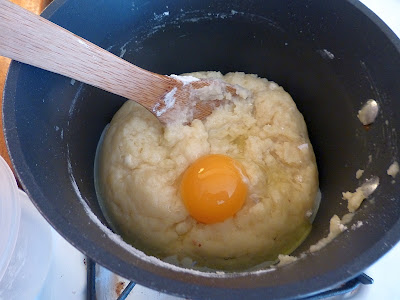 With each successive egg, it gets harder and harder to stir the egg into the dough. Whatever you do, make sure your wooden spoon is sturdy. 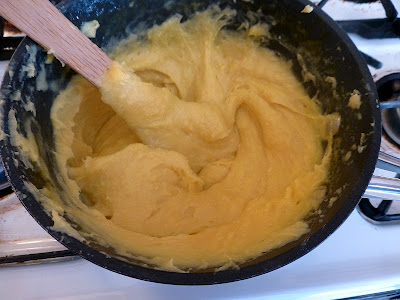 But eventually all the eggs got mixed, then I dropped quarter-cup globs on cookie sheets. 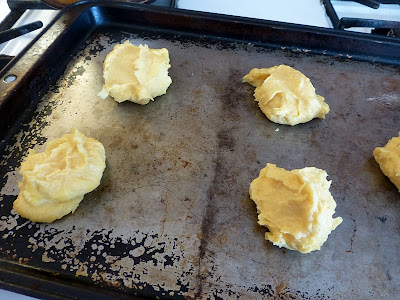 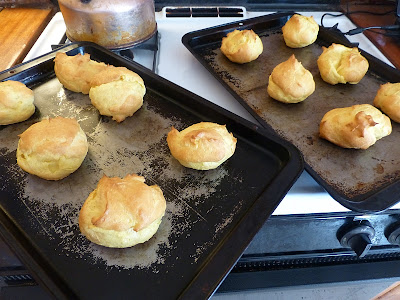 Once cool, the idea is to slice them open, pull out the filaments to sort of "hollow" out the puff, and then fill it with something yummy. 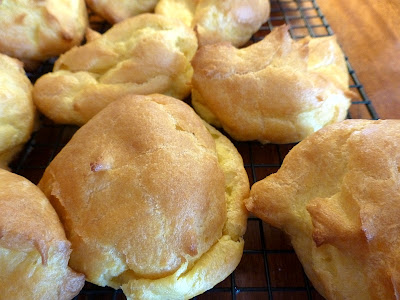 The cream puff recipe includes a recipe for the cream filling, which is essentially a custard. I duly made this... 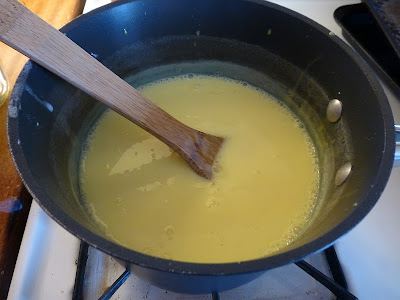 ...but after chilling it for several hours, it never "set" and remained liquidy. So I chucked it and instead made the cream filling I use in trifle. 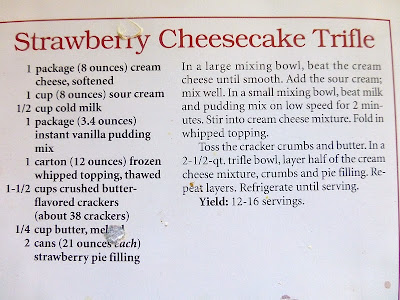 This consists of whipped cream... 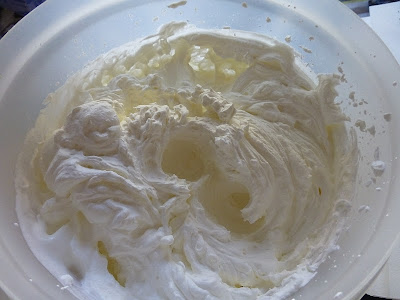 ...beaten cream cheese, which is then beaten again with sour cream... 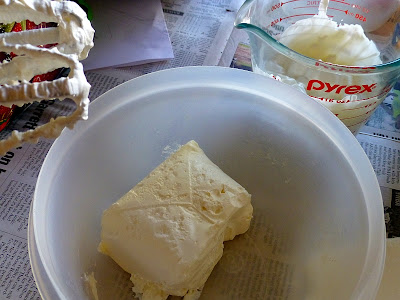 ...and instant vanilla pudding beaten with some milk. 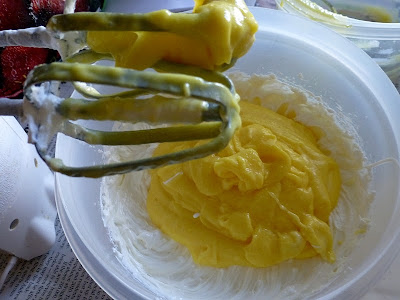 This is all mixed together to make a beautiful creamy filling. 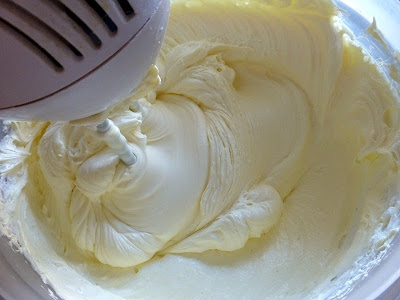 When it came time to assemble the cream puffs, I sliced them open... 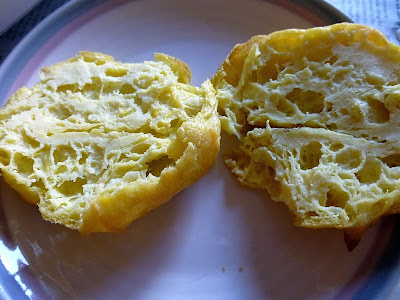 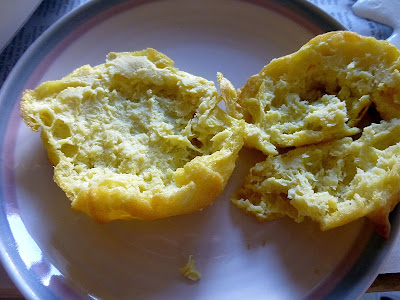 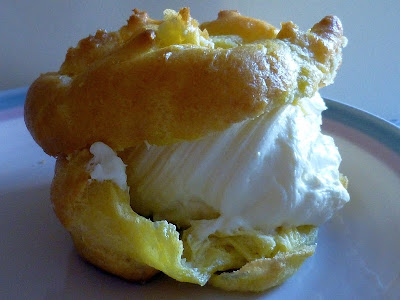