Here's some photos from a couple weeks ago, with Atlas updates.

Atlas, if you recall, is our new little bull calf we bought from a neighbor. We brought him and his mama, Lily, home after Thanksgiving, where they stayed inside the barn for a couple weeks until little Atlas's horn buds could be felt and we could dehorn him.

Here he is with duct tape over the dehorning paste. 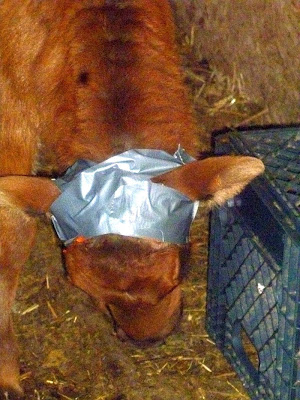 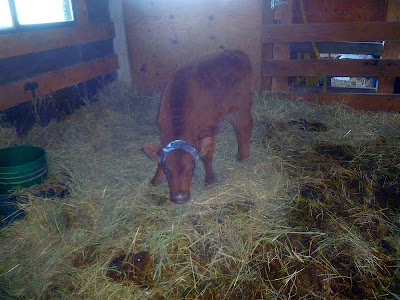 We cut the tape off the next morning, then let Lily and Atlas out into the corral for a couple hours... 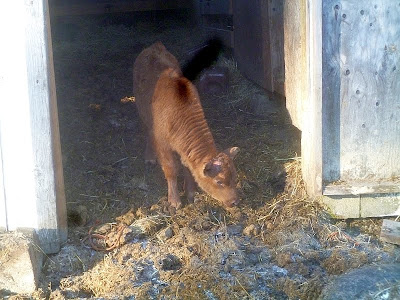 ...so they could meet the rest of the herd through the fence. 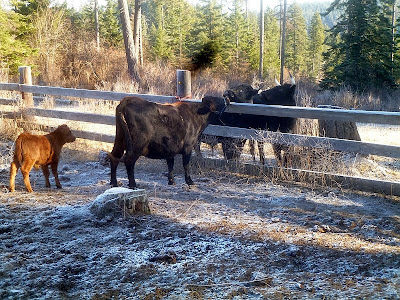 With all this room in the corral, oh my did Atlas run! He stretched out those legs like he couldn't do in the barn. 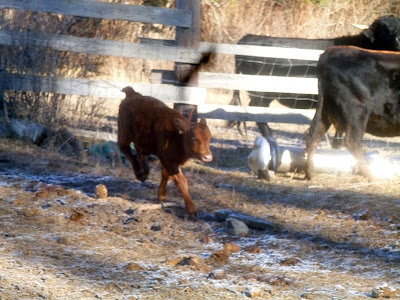 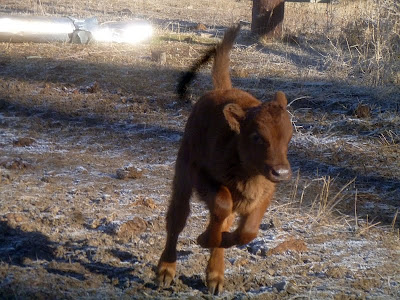 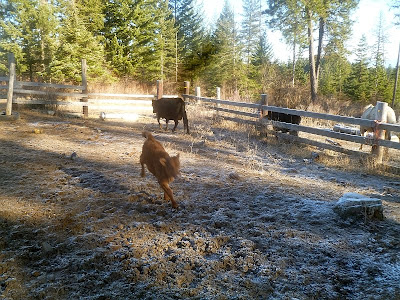 After a couple hours, we opened the gate and let the animals all meet each other. Here Sparky says hello to Atlas. 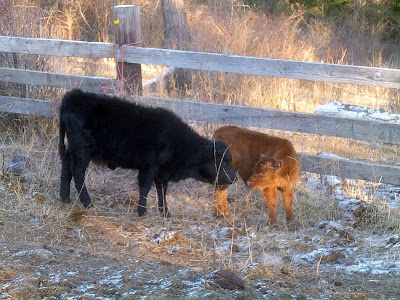 Everyone was curious to greet the newcomer. 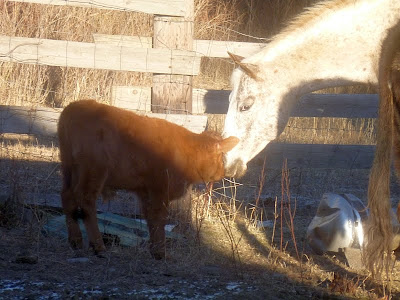 "Why is everyone staring at me?" 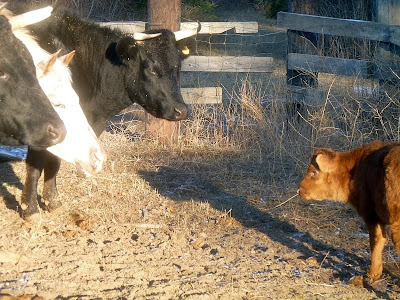 Because you're so cute! 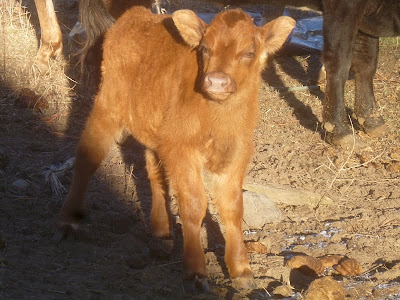 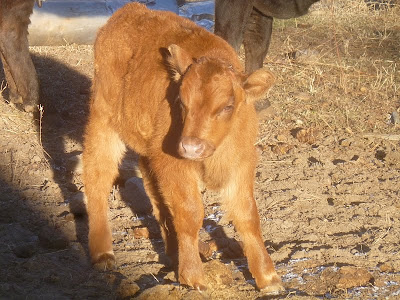 After awhile everyone got out of the corral, and the chase was on. Partially this was just high spirits, and partially it's establishing Lily, Atlas's mama, in the herd's pecking order. 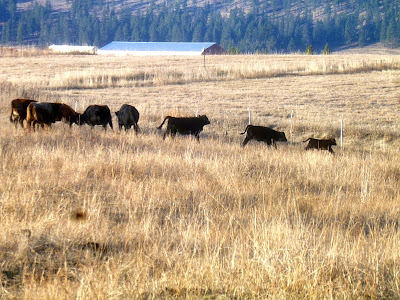 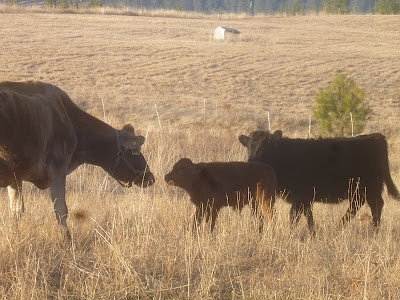 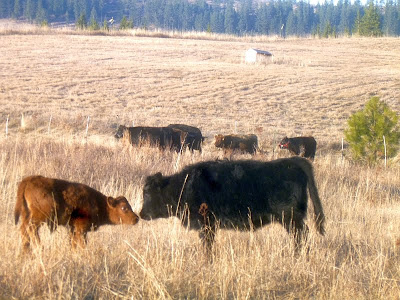 After awhile things calmed down, and Lily and Atlas became part of the herd (here, hanging around with Victoria). 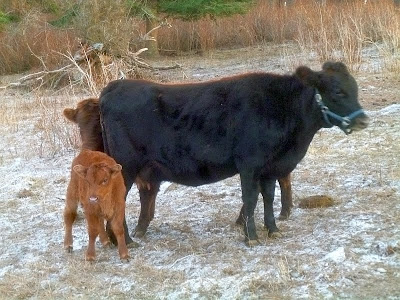 Posted by Patrice Lewis at 7:06 AM