I'm sorry for the silence this week!  On Sunday evening we had some dear friends from Oregon arrive for a visit and my time was consumed with them.  The purpose of their visit was to enroll their middle daughter, GG, in a Catholic boarding school in the region.  GG is a close friend of our Older Daughter, and I for one am thrilled she will be nearby for the next three years.  We insist that she consider us her second family during times she can't go home on holidays or school breaks.

So on Tuesday we went into the city to take GG (who was nervous!) to school.  We were early, so with some time to kick around, we decided to visit Cabela's, which had opened a few years ago and which I had never seen. 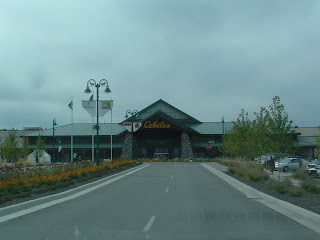 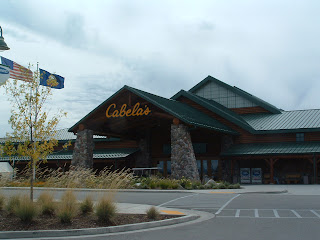 Cabela's, for those poor ignorant saps residing outside the hunting world, is a sportsman's outfitter.  This particular store is massive and was built on a bluff overlooking the highway (so you can't miss it!).  I took the camera inside and felt like a gawky hick tourist as I took shots of all the stuff there was to see.

Because Cabela's, you see, isn't just a store with walls of fishing rods or barrels of camouflage duct tape.  Oh no!  It's an "experience." 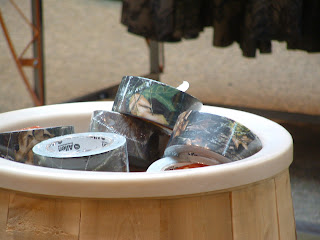 The first thing you notice are the stuffed animals, of which there are hundreds.  The store has an interior balcony below the ceiling which spans the entire inside of the building.  There is mounted wildlife crammed everywhere on the balcony. 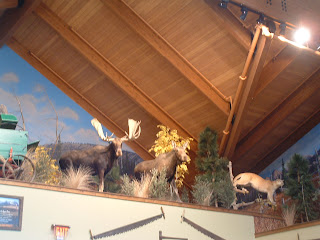 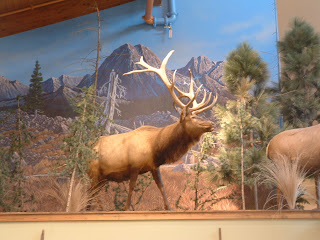 Flocks of Canadian geese fly around the vast inner spaces. 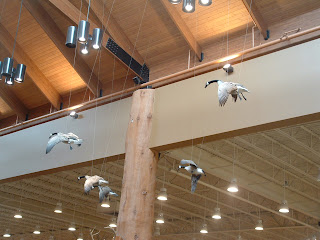 Dominating the center of the store is a mountain divided into biomes, each resplendent with the wildlife of that region. 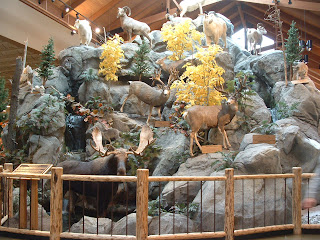 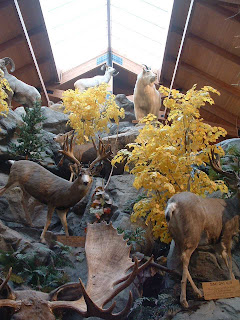 It even has a moose standing in a pool of real water provided by a waterfall. 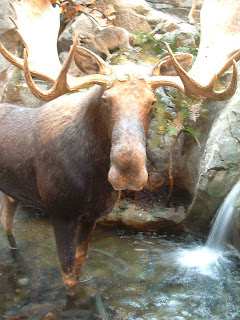 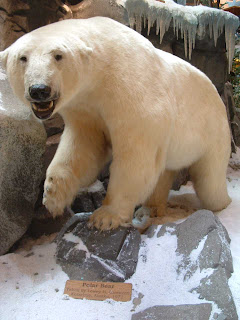 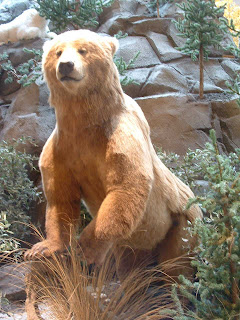 A spectacular feature, and one the neighbors kept talking about, was an aquarium.  It was a massive tank featuring fish native to this area. 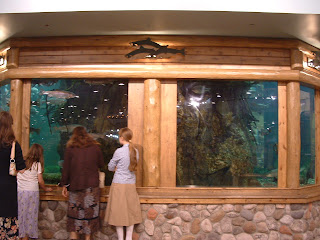 I don't know my fish, so I can't tell you the species. 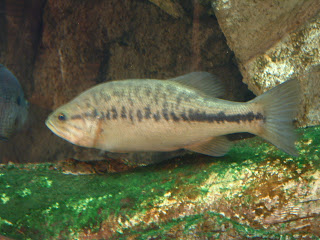 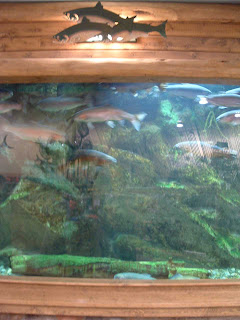 This guy looked decidedly tweaked, like his back had been broken or something. 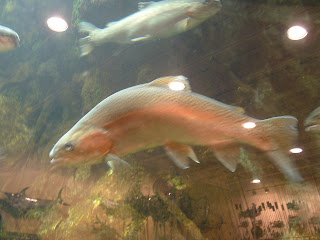 At any rate, passing a half hour inside Cabela's was an excellent way to pass a surplus hour until it was time for GG to check in to the school.
Posted by Patrice Lewis at 9:27 AM

Email ThisBlogThis!Share to TwitterShare to FacebookShare to Pinterest
Labels: Cabela's