Here's a recipe for Strawberry Trifle, which I made for this week's neighborhood potluck (it was my turn to bring dessert) (I give the recipe below). It's an easy dessert to make, but get ready to dirty every mixing bowl in your kitchen. 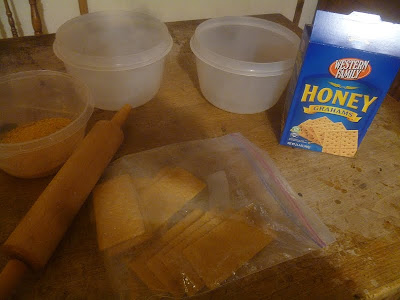 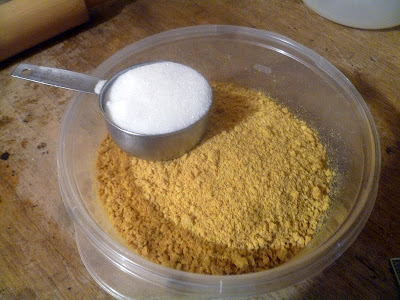 ...and 1/2 cup melted butter or margarine, then stir it all together. 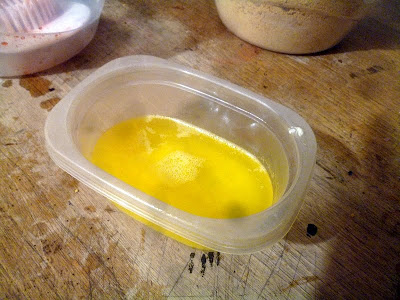 Take about two quarts of strawberries... 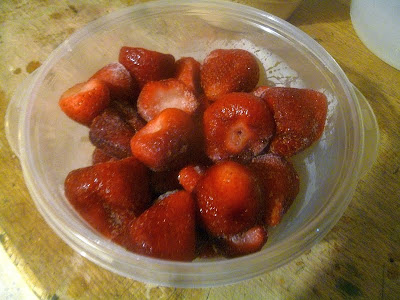 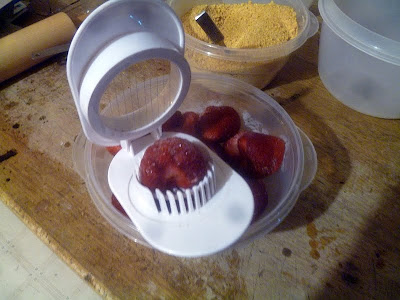 Add about 1/4 cup sugar, just enough to sweeten them a bit. 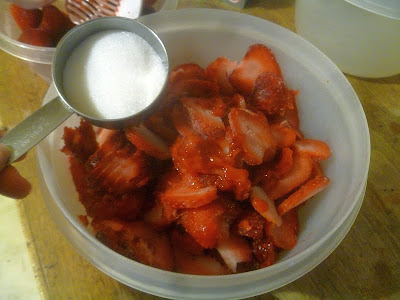 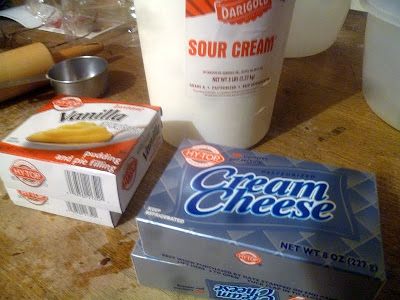 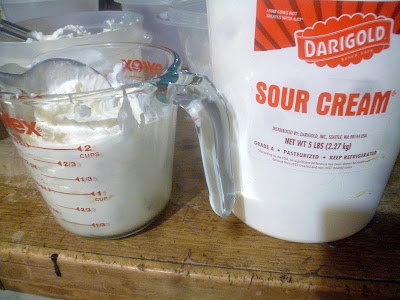 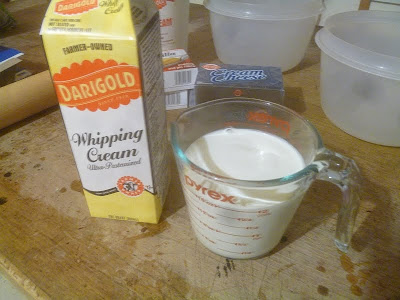 (By the way, I thought it was kinda neat the way the shadow of the Pyrex glassware reflected on the surface of the cream.) 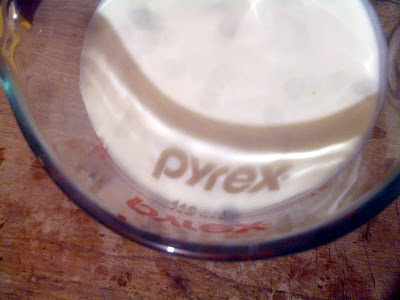 Whip the cream and put it aside. Don't add any sugar or vanilla. By the way, don't you admire my astounding ability to trash the entire kitchen whenever I make something? 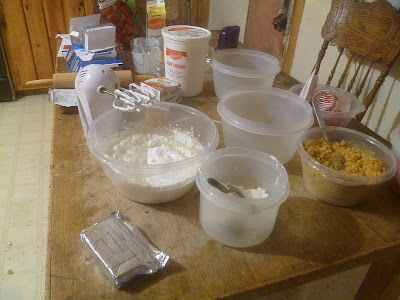 Soften the cream cheese in the microwave (or at room temperature for a couple hours) and beat it; then add the sour cream and beat it again.

Mix the two packages of pudding with one cup milk. The result will be so thick it's almost a big lump. 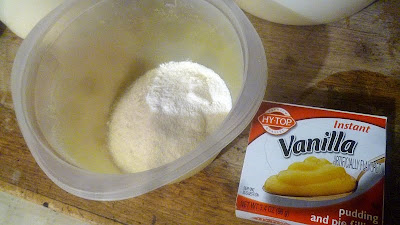 Add the pudding to the cream cheese/sour cream mixture, then beat. My it's thick! 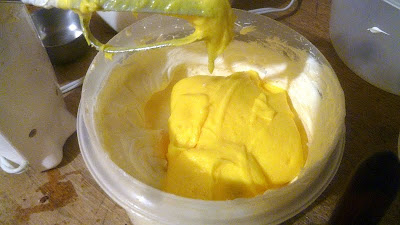 Now take the pudding/cream cheese/sour cream mixture, and mix it with the whipped cream. See what I mean about using every mixing bowl in your kitchen? 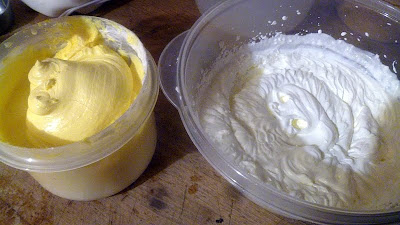 The result is a thick delicious filling. 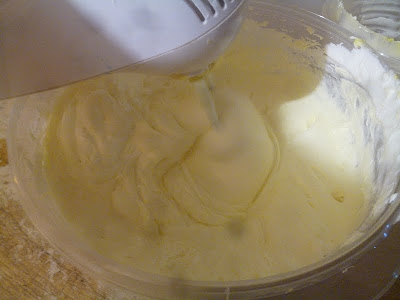 Now you should have three main ingredients: filling, graham cracker crumbs, and sliced strawberries. The recipe now calls for "trifle bowls" (as if I would own such exotic creations), so I just use large mixing bowls. 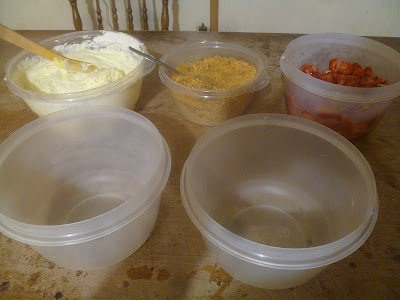 Now start layering the ingredients. My preference is first graham cracker crumbs, then filling, then fruit... 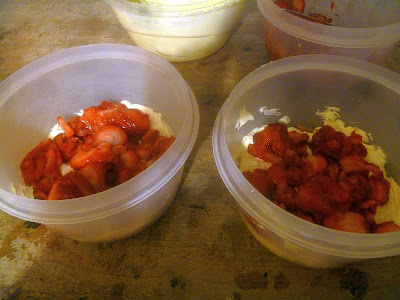 ...then repeat with another layer of each. 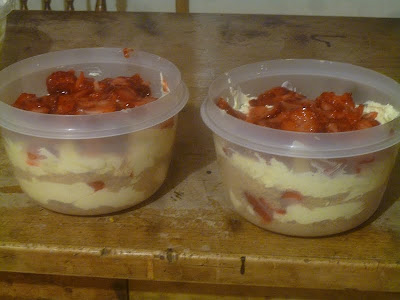 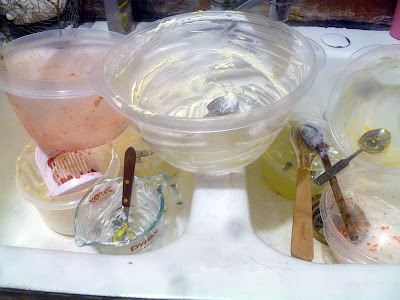 Here's the actual recipe. If two bowls of trifle is too much, just halve it.

Whip the whipping cream until stiff (don't add any sugar or vanilla).

Beat the vanilla pudding mix with the milk. It will be very thick and heavy.

Soften, then whip, the cream cheese. Mix in the sour cream. To this, add the pudding mix; then mix it all together with the whipped cream. Put aside.

Crush the graham crackers into crumbs, then add the sugar and melted butter. Put aside.

Slice the strawberries, then mix in sugar. Put aside.

Layer the ingredients in a large mixing bowl or trifle dish. By the way, nothing prevents you from experimenting with different fruits. I've made blueberry trifle and I think peach trifle would be excellent. Have fun!
Posted by Patrice Lewis at 3:50 PM