So it seems certain high schools are putting some rules in effect about prom dresses... specifically, trying to curtail skanky clothes.

"Schools from Connecticut to Arizona are responding to risqué prom dresses with elaborate dress codes," notes a Wall Street Journal article. "Prom fashion in some stores goes way beyond plunging necklines and hiked-up hems to include low-slung backs, thigh-high slits and midriff-bearing cutouts."

Interestingly, a not-uncommon criticism of homeschooling is the argument of "Awww, but they'll miss the prom!" (An example of what they're missing can be seen here.) Now it seems public schools are belatedly recognizing the prom trend has gotten uglier and uglier in recent years.

Some schools are pro-actively trying to forestall skanky prom fashions by giving Power-Point presentations, posting photos in school hallways, and printing up brochures about what constitutes unacceptable styles. In some schools, "students have to sign a document acknowledging they will abide by the dress code or be turned away at the door."

So what are some of the unacceptable prom fashions schools are trying to discourage? Take a gander: 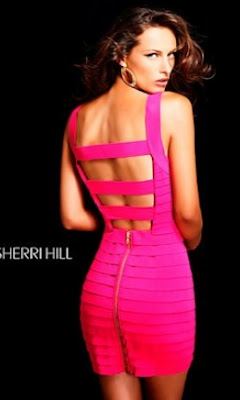 (Notice the zipper down the butt...) 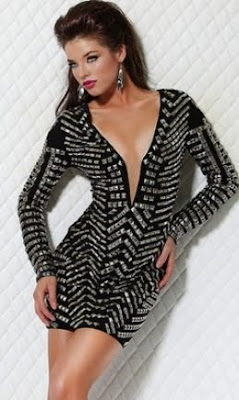 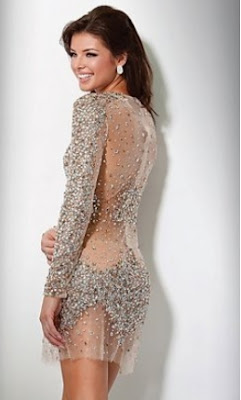 It may not work, but I applaud the schools for trying to uphold some sort of standards.

Now, here's another minor thing I happen to notice in this article on the same issue, in discussing the types of prom dresses which are considered acceptable:

"It seems kind of petty," Cindi Lee, an Algebra teacher at Southmore High School outside Oklahoma City, told the Journal, "but we really do want them to understand we are holding them to a high standard." Administrators at the school have put together a twelve-page power-point presentation with close-cropped images to show students exactly what the rules are. "Words don't mean much to them," says Lee. Other schools are using posters and illustrated handouts.

Words don't mean much to them...

Let's hear it for the high academic standards in our nation.
Posted by Patrice Lewis at 12:31 PM