Here are some random pix from the last few weeks.

Older Daughter went on a snow-caving trip with her Venture Scouts group (I'll post additional pix of her trip at some point). The group took a gondola ride at a ski resort to the top of a mountain and made a cave in the snow, where they spent the night. Here's a gear check before she went. It's not as heavy as it looks. 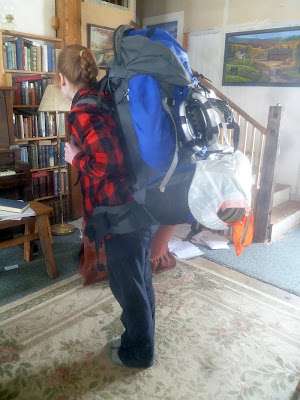 Coming home from our county seat one day, I happened to parallel a train. I pulled over to take a few shots as it crossed bridges and trestles. 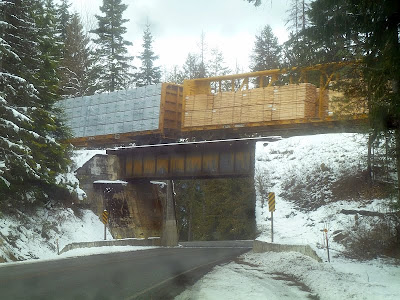 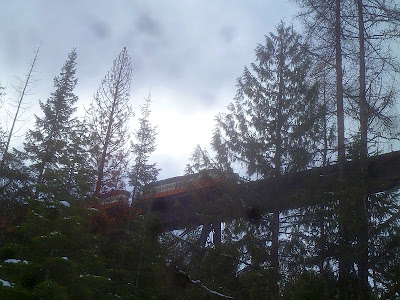 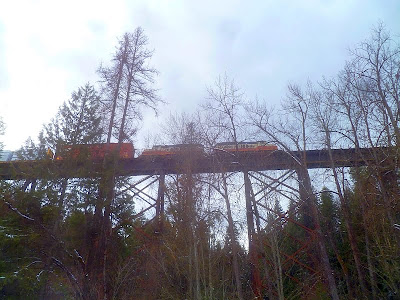 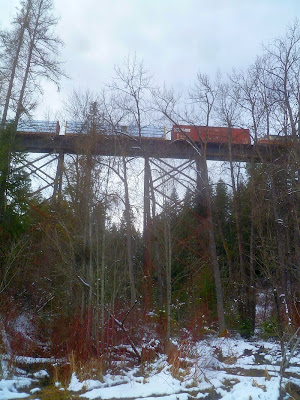 (There's just something about watching trains. I love them.) 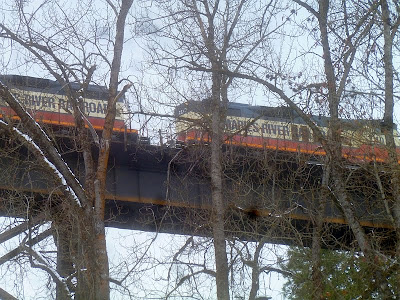 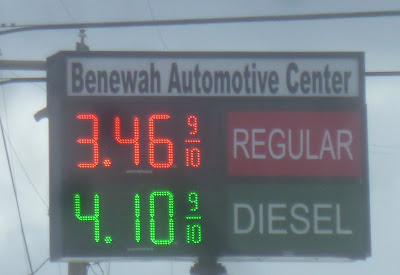 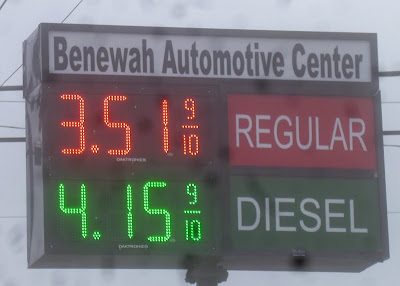 Making macaroni and cheese. Older daughter got the boring job of stirring the cheese sauce until it thickened. 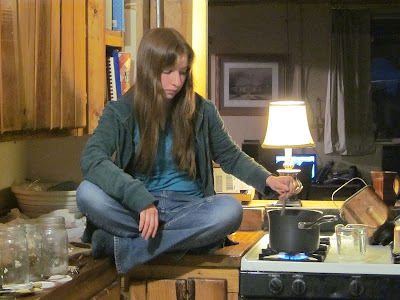 Snap, our rooster (photo taken through a glass door). 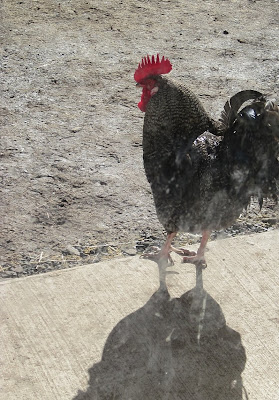 One of our hens, caught in a shaft of sunlight. 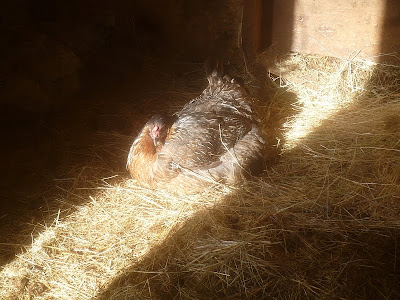 Major, barking at some neighbors riding their horses. 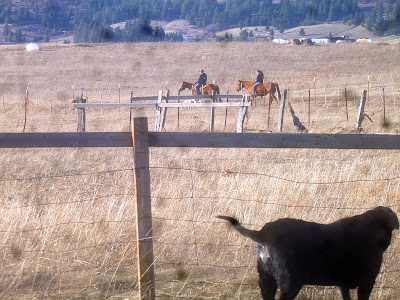 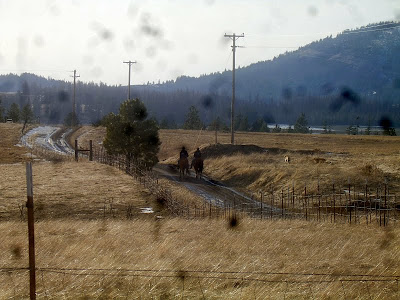 Older Daughter and I went walking with a neighbor and her son on a warm day. 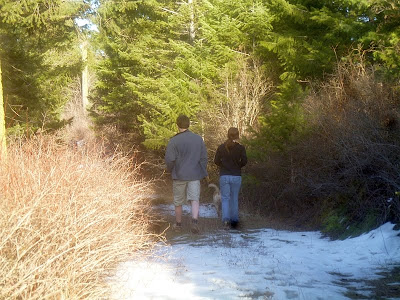 I liked the way the trees reflected on a stream of meltwater. 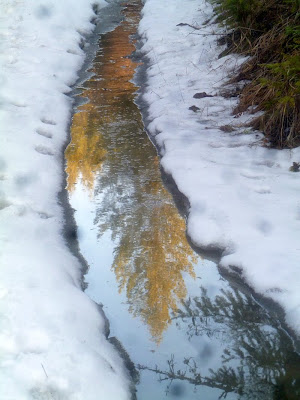 The views were beautiful. 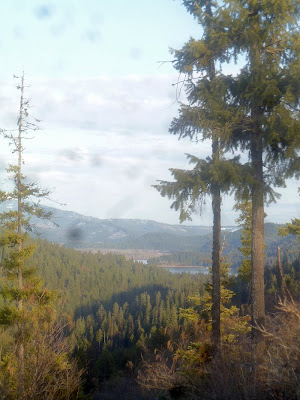 Early morning sunshine on our hay. 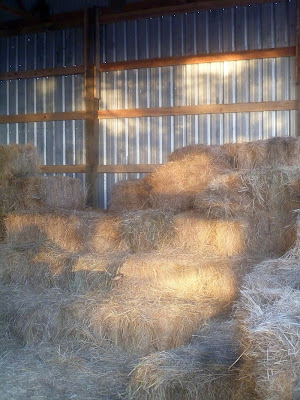 Will we have enough hay to get through the winter? No idea. Last year at this time we were buying hay, so at least we're doing better than that. 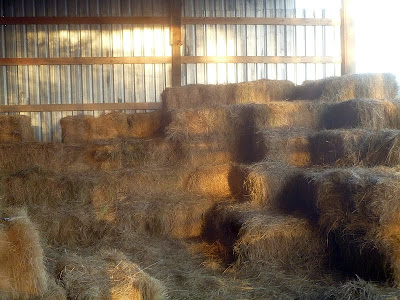 Younger Daughter is still endeavoring to teach herself Japanese. 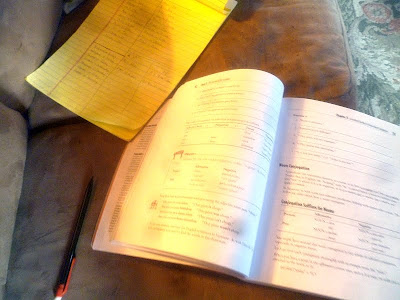 Recently she found a library book which is helping. 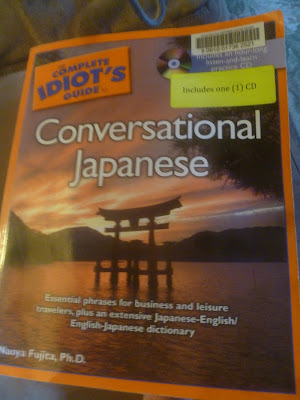 There's so much "awwww"-factor in this shot that I'm tempted to put it on the masthead of the blog. 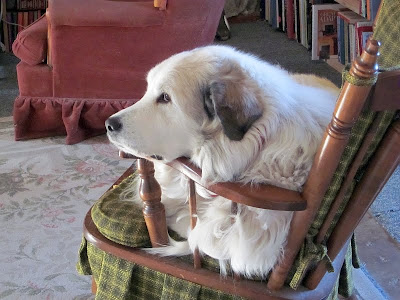 Full moon rising in the evening. 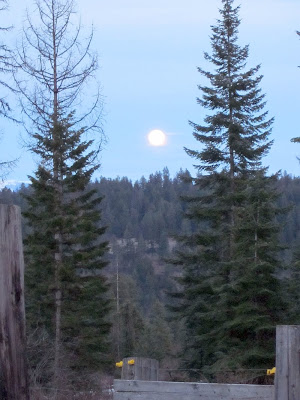 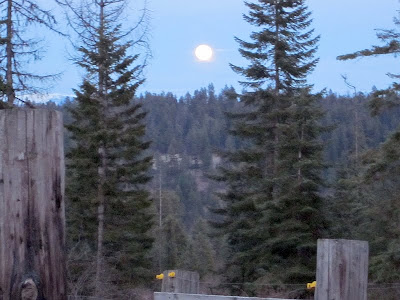 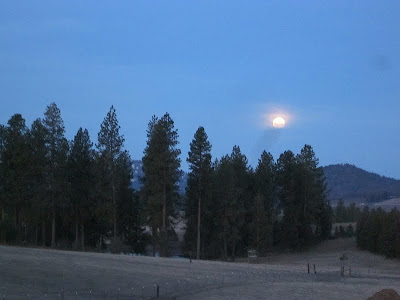 Deer at dawn, crossing the fields. 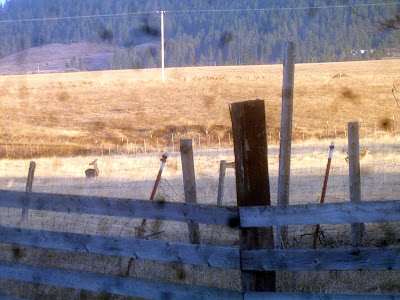 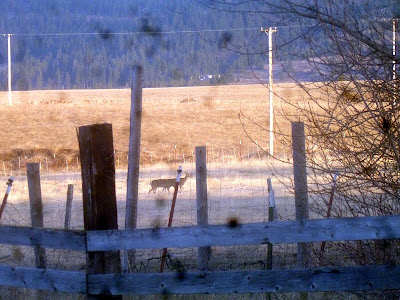 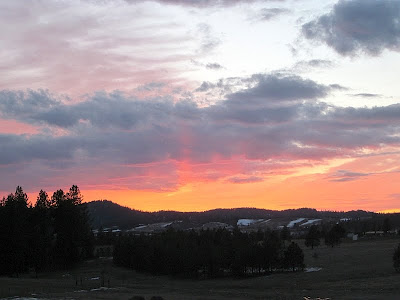 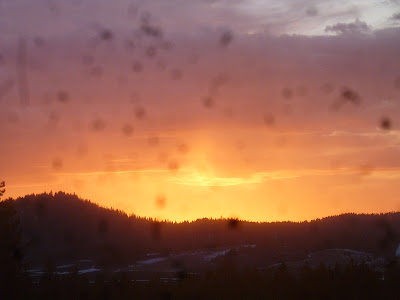 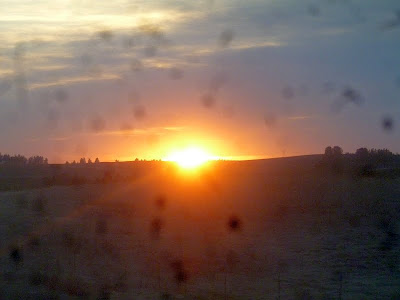