Insulting the Spirit of grace

Recently I’ve been seeing comments left by an atheist on a popular website. These weren’t just shrug-there-is-no-god comments. Rather, they were vitriolic attacks on the Divine, a blanket hatred and condemnation of anything having to do with the Almighty. And I mean these were vicious. Naturally, anyone who believed in God was included in this fellow’s blasphemy. His ire was particularly directed at Christians since he was certain we are all knuckle-dragging hypocrites.

This man took great glee in writing how he was raised in an evangelical home, but became “enlightened” as an adult and now spends much of his free time (if his comments are any indication) waxing eloquent with his gospel of hatred and loathing. His words are disturbing, lingering in the mind of the reader.

Lately this fellow, and folks like him, have been on my mind. I can't understand such hated, I guess. I find myself praying for people like that, people who are so filled with loathing for God that they entirely miss the peace which passeth all understanding.

Then last night I was reading Hebrews when this passage leaped out at me:

If we deliberately keep on sinning after we have received the knowledge of the truth, no sacrifice for sins is left, but only a fearful expectation of judgment and of raging fire that will consume the enemies of God. Anyone who rejected the law of Moses died without mercy on the testimony of two or three witnesses. How much more severely do you think someone deserves to be punished who has trampled the Son of God underfoot, who has treated as an unholy thing the blood of the covenant that sanctified them, and who has insulted the Spirit of grace? 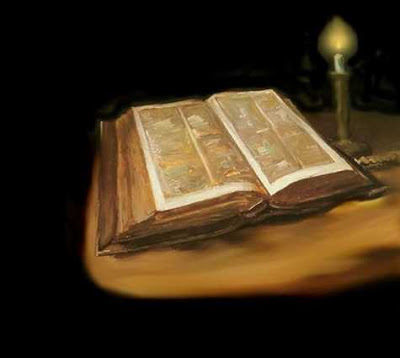 Gave me the shivers, it did, for that’s precisely what this person was doing with his comments. Trampling the Son of God underfoot. Treating the blood of the covenant as an unholy thing. Insulting the Spirit of grace. I fear his punishment will, indeed, be severe.

Guess I’ll keep praying, sounds like he needs it.
Posted by Patrice Lewis at 10:00 PM