Here's a fascinating little piece called Why Urban, Educated Parents are Turning to DIY Education which focuses on affluent Seattle urbanites who are discovering the joys of homeschooling.

Unlike the rural knuckle-dragging UNeducated parents who dress their kiddies in prairie skirts and force them to churn butter (and then lock them away after hours lest they accidentally be socialized against their parents' wishes), these parents will, you know, do it right. This "once-unconventional choice 'has become newly fashionable,'" notes the article.

Whoo-hoo! Homeschoolers are on the cutting edge of hip happenin' fashion! --unless of course you're not progressive or urban, in which case you're "evangelicals or off-the-gridders who spend a lot of time at kitchen tables in the countryside"... which everyone knows isn't fashionable.

The writer of this piece, in between elitist pokes at those of us who have been homeschooling for years, still makes the obligatory speculations about homeschooled kids' socialization. She apparently doesn't know there are lots of second-generation homeschoolers out there, including my daughter's brilliant fiddle teacher who is ranked eighth in the nation (the rube), and all these people are getting along just fine in the Real World. But even this writer admits that urban parents are recognizing the benefits of family togetherness and wanting to avoid getting nothing but the "exhausted leftovers" of their children at the end of a conventional school day. 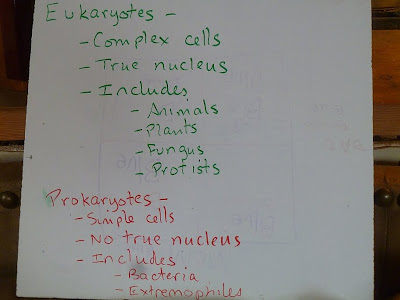 Unlike poor deprived rural homeschoolers, these hip happenin' Seattle parents can indulge their children with "Girl Scouts and ceramics and book club and enrichment classes and park outings," not to mention plays and museums and other stellar opportunities. (Whereas we pathetic troglodytes must make do with watching calves being born and canning vegetables. Sigh.) 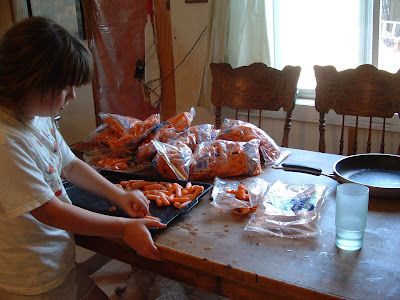 I'm sorry, I probably shouldn't poke fun at these families for doing what I strongly encourage every parent to do, namely break away from the government academic prisons and educate their own children. But it's not the parents being interviewed that jarred on my nerves, it was the condescending pat-on-the-head tone of the writer. Conservative parents have known for years what these progressive parents are just discovering: one-size-fits-all education doesn't work for every child. But why is it backward if conservative parents homeschool but enlightened when progressive parents do it?

The writer of this piece also cannot seem to fathom that families are happiest when they spend time together. "[Y]ou can’t help but wonder whether there’s a cost to all this family togetherness," she writes. "There are the moms, of course, who for two decades have their lives completely absorbed by their children’s. But the mothers I got to know seem quite content with that, and clearly seem to be having fun getting together with each other during their kids’ activities."

The writer quoted psychologist Wendy Mogel, author of The Blessing of a Skinned Knee (full disclosure: haven't read it), "who admires the way homeschoolers manage to 'give their children a childhood' in an ultracompetitive world. Yet she wonders how kids who spend so much time within a deliberately crafted community will learn to work with people from backgrounds nothing like theirs. She worries, too, about eventual teenage rebellion in families that are so enmeshed." I confess, I almost snorted my tea out my nose when I read this. Teenage rebellion? I know very, very, very few homeschooling families whose teenage children rebel. I have two teens and they aren't even close to that state. Rebellion often arises from peer pressure which teaches that dislike of one's parents is cool, acceptable, and normal. This attitude is reinforced by government schooling which accomplishes the act of separating children from the influence of their parents.

Whereas homeschooled teens know better. They know their parents aren't the ignorant adversaries public schools would have them believe. This attitude is reinforced by their peers.

Oh well. I know I shouldn't get my gingham knickers in a twist over this type of article. I should be grateful that even progressive parents are supporting the homeschooling movement.

And while it would be nice if they wouldn't lump the rest of us into one ridiculously inaccurate category, I won't hold my breath. Tolerance, as we all know, is a one way street.
Posted by Patrice Lewis at 8:51 PM