In the hometown of my alma mater, U.C. Davis (Calif.), an ABC news article came out about a family who decided to not spend any money during the month of February. Rather than "frugal Friday," this was supposed to be "frugal February."

The father is a columnist with the Davis Enterprise, and here's how he opened his column on the experiment: "Please, all bow your heads and pray for our humble family as we attempt to do the impossible: make it through the entire month of February without spending a penny. Or a dollar. Or anything in between." 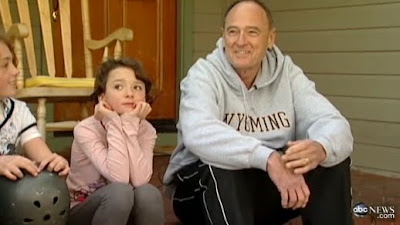 The town of Davis is flat as a pancake and everyone rides bikes. There are far more bikes than cars (real handy if you're a starving student as I was). So this family could easily eschew their vehicle for a month (they also work at home). They stocked up on food and other essentials ahead of time. And presumably so they won't fall behind on their bills, this frugality only applies toward "discretionary" spending.

After living near the poverty line for the past 19 years, somehow this exercise didn't impress me. Some people leaving comments on this article described it as an "empty gesture" and I must concur. Empty indeed.

Maybe there are people out there who are so addicted to spending that they went "Ooooh, I'm impressed!" upon reading this article, but we sure as heck weren't part of that group, and nor is anyone we know. Avoid renting movies or buying Starbucks or going to restaurants for a month? Heck, how about a year? Or two?

But this is the kind of thing that takes place all the time in Davis, which I assure you is an extremely, um, progressive town.

Don't get me wrong, I loved Davis when I lived there. I loved it so much that I moved back after my college years. In fact, it's where I met my husband. I'll always have a fondness for both the campus and the town.

But the people living there tend to do a lot of "empty gesture"-type activities. This family has no true understanding of frugality if all they've done is stocked up ahead of time and stayed away from Starbucks.

I know far too many families who are struggling with unemployment or other financial woes. Buying coffee or movie tickets or restaurant meals or even gas isn't an issue because they can't afford it. Hello???

Arrgghh. And this was considered a newsworthy story.
Posted by Patrice Lewis at 10:25 AM