It's been a sad week for us. Today we will be having our old black lab/hound mix, Major, put to sleep. 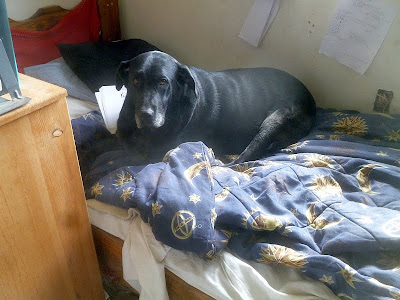 Major came into our lives almost seven years ago as a pound rescue. We were told he was about two years old, though of course no one knew his actual age. As the years went by it became apparent he was well over two, probably more like six years old when we first got him... so he's quite the senior citizen. 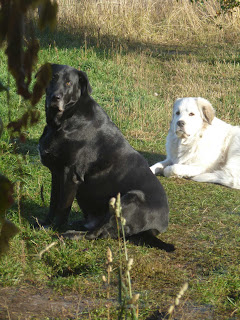 In the last year, he's declined in mobility, but he was always a dog who enjoyed his creature comforts. Early on in our ownership of him, we couldn't keep him off the couch; so we covered it with a sheet and it became "Major's couch." His couch is in the same room as the woodstove, which is a good thing because if there's one thing this dog loves, especially in the winter, it's heat. Sometimes he would literally wrap himself around the stove and sigh contentedly. 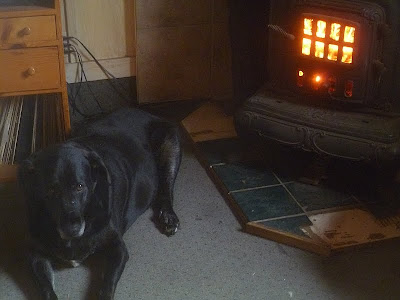 When we got Lydia, Major was top dog at first... but with Lydia's dominant personality, he got demoted to second lieutenant. But that was okay. As long as he had his couch and his woodstove, he was a happy canine. And in the yard, the dogs were great friends and often played together. 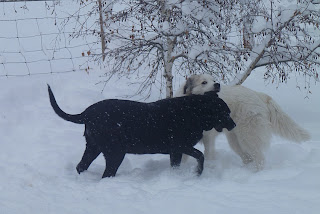 Last week we noticed he had a rock-hard lump on his forehead, and we've never seen anything grow so quickly. I don't even want to take a picture because I don't want to remember him like that. The lump is compressing one eye, and it appears to be affecting both his sight and his hearing. Thankfully he doesn't appear to be in any pain, though he's obviously in some discomfort... and the skin is beginning to split.

This all happened so fast that none of us have really had a chance to mentally adjust and accept it. Yet all it takes is one look at that lump to know we're doing the right thing in ending his suffering. Whatever that lump is, we're not going to commit with Major the grievous error we've done with previous dogs, which is to let them go too long because we can't bear to part with them.

A few hours after this blog post goes up, Don will take Major in to the vet and have him mercifully and gently put to sleep. 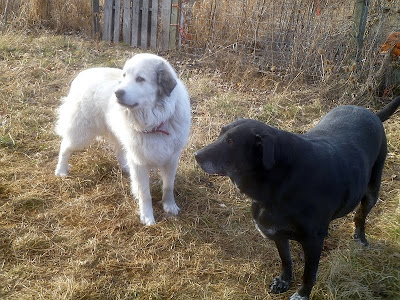 It's hard to lose a pet. Goodbye, Major. Thank you for many happy years.
Posted by Patrice Lewis at 8:48 AM