A picture is worth trillions of words

A reader sent this. For those who believe the soothing assurances that our economy is just peachy, perhaps they should view these schematics. It puts things in perspective.
__________________________ 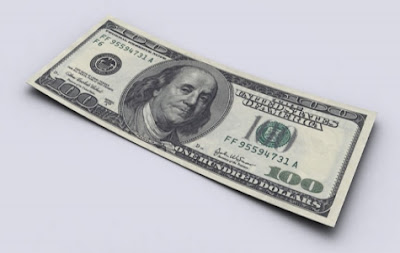 Ten thousand dollars ($10,000). Approximately one year of work for the average human on the earth. 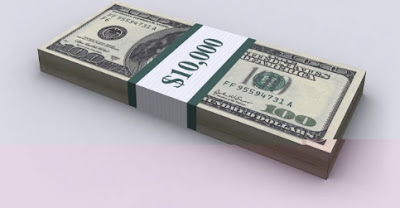 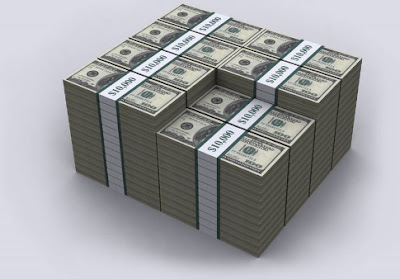 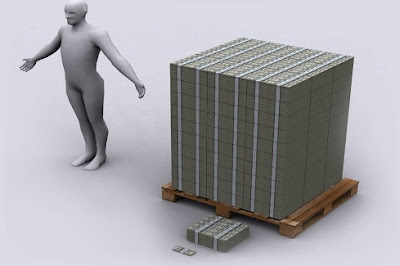 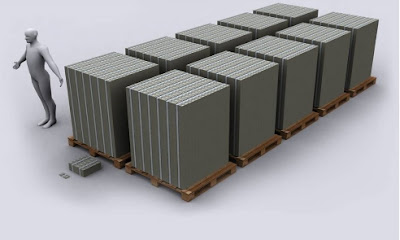 Comparison of $1,000,000,000,000 dollars to a standard-sized American football field and European football field. Say hello to the Boeing 747-400 transcontinental airliner that's hiding on the right. This was until recently the biggest passenger plane in the world.

Fifteen trillion dollars ($15,000,000,000,000) -- The U.S. national debt (credit bill) has just topped the $15 trillion two months before Christmas 2011. Miss Liberty seems rather worried as United States national debt passes 20% of the entire world's combined GDP (Gross Domestic Product). In 2011 the national debt will exceed 100% of GDP, and venture into the 100%+ debt-to-GDP ratio that the European PIIGS have (bankrupting nations). 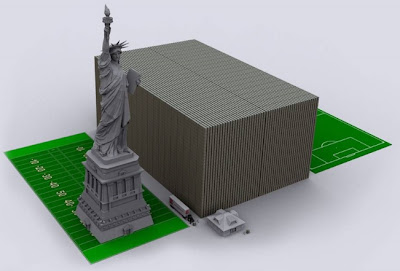 $114.5 trillion dollars ($114,500,000,000,000) -- U.S. unfunded liabilities. To the right you can see the pillar of cold hard $100 bills that dwarfs the WTC & Empire State Building -- both at one point world's tallest buildings. If you look carefully you can see the Statue of Liberty. The 114.5 Trillion dollar super-skyscraper is the amount of money the U.S. Government knows it does not have to fully fund the Medicare, Medicare Prescription Drug Program, Social Security, Military and civil servant pensions. The unfunded liability is calculated on current tax and funding inputs, and future demographic shifts in US Population. (Note: On the image below, the size of the base of the money pile is half a trillion, not $1T as on 15T image above. The height is double. This was done to reflect the base of Empire State and WTC more closely.)

[Incidentally this picture was so tall I couldn't "screen capture" it on my computer, so I had to capture it in three parts and paste them together, hence the blue lines.] 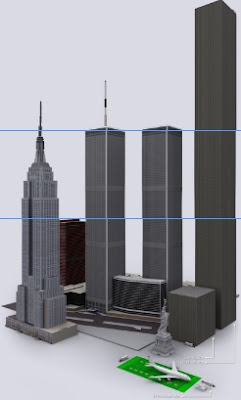 If anyone were to ask my husband and me why we prepare, this encapsulates it in a nutshell. Quite honestly, I don't know how we can avoid an economic collapse in this country... as these pictures illustrate.
Posted by Patrice Lewis at 7:29 AM