Every night during the months the cows are on the wooded side of the property (meaning, winter) I tuck Matilda into her stall. She and Polly are the only ones who get their own stalls. I dunno why, maybe because it's because Jerseys are a little less hardy than Dexters. Or maybe (ahem) Matilda is such a beloved cow that she gets spoiled. Whatever the reason, Matilda likes her stall.

So it's part of my afternoon barn chores to muck out her stall and spread fresh straw on the floor. But for the last week or so, I've had a problem.

Last summer when we built the new barn, the builders had a bit of extra concrete, so they poured a pad in front of the chicken coop, which normally turns into a slurry goopy mess every winter. The concrete pad has been an immeasurable blessing and we haven't had to deal with any mud in front of the coop this winter. 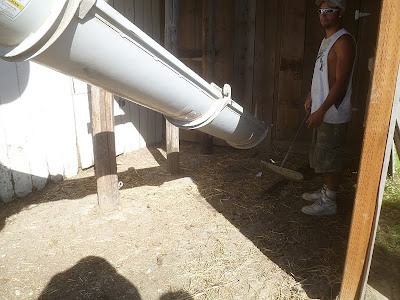 But it did have one unforeseen consequence: the water, which no longer pooled in front of the coop, instead pooled next to the concrete pad... then seeped into Matilda's pen. 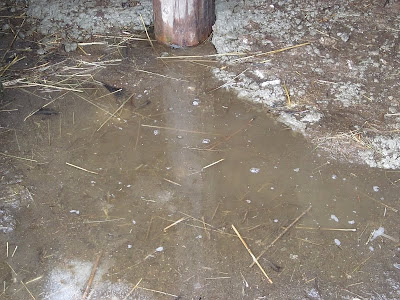 This meant there was constant mud in Matilda's stall. Worse, since we've had a few days of warmer weather and pouring rain (which melted the snow), there was something on the order of two inches of standing water (mixed with urine) in her stall. Ug. 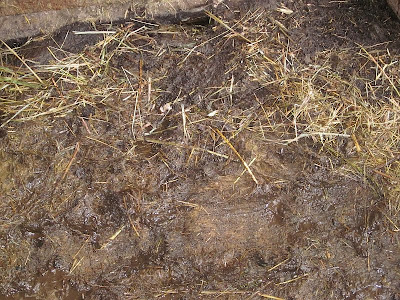 Last night it was raining hard but the stall was so wet I debated leaving her outside. But cows are creatures of habit, so in she went. This morning she was as muddy as any of the animals who spent the night outside, and I knew it was time to do something.

Eventually we'll have to trench the area and divert all this water away from the outbuildings, but I needed a more immediate solution. And my solution was to thoroughly clean her stall, then put a generous layer of gravel inside.

This is our gravel pile, left over from the barn pad. Every farm should have a gravel pile. It's immensely handy. 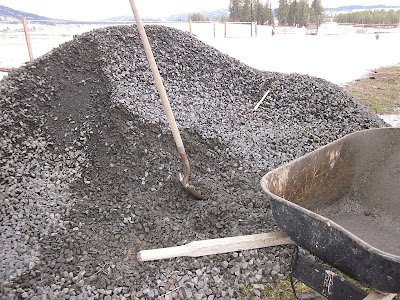 Gravel is heavy, so I only moved a bit at a time. 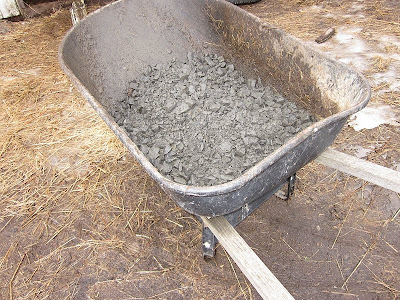 Still, the wheelbarrow was so heavy that I couldn't bump it over the lip of the stall as I normally do, so I improvised with a small incline. 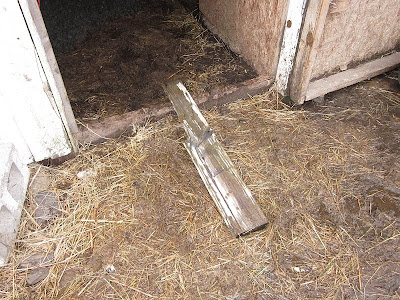 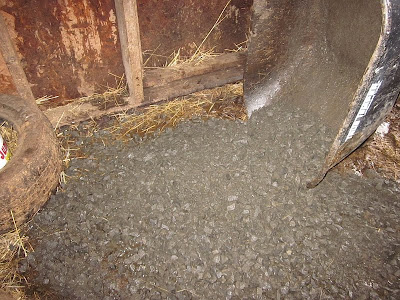 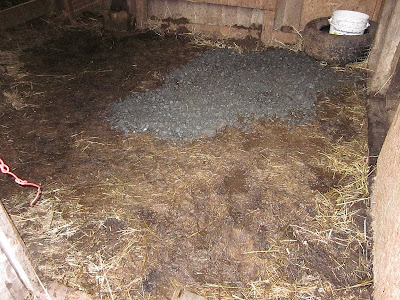 The stall has a slight slope to it, so I only graveled the lower portion. The gravel raised the floor level so Matilda would stay dry. It was SO nice not to have those awful pools of standing water and mud! Right now the gravel is bumpy and will no doubt be uncomfortable to lie on, but it will eventually pack down... and besides, bumpy gravel is better than mud and pooled water (and urine). 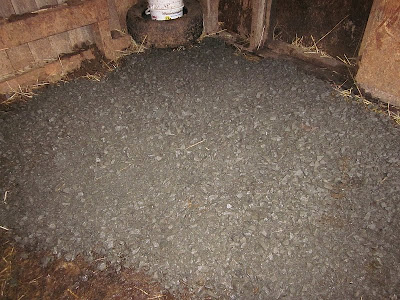 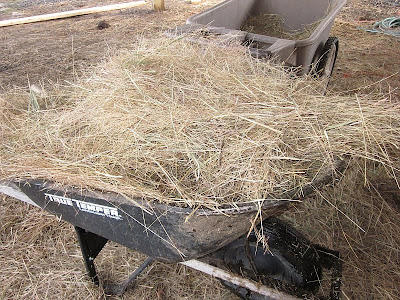 A nice padding, and Matilda should be much more comfortable tonight. 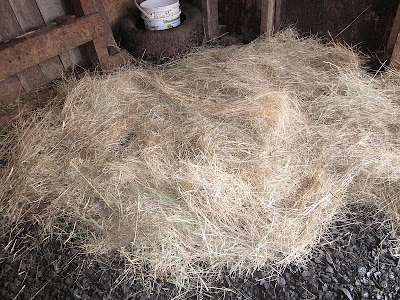 Just another day on the farm.
Posted by Patrice Lewis at 6:55 AM