I can identify and name all sixteen of our cattle without any effort. They are:

Well, with the last two -- Sparky and Shadow -- I have some trouble because the two of them are almost the same age and virtually identical. They only time I'm absolutely certain who is who is when I see Dusty nursing. 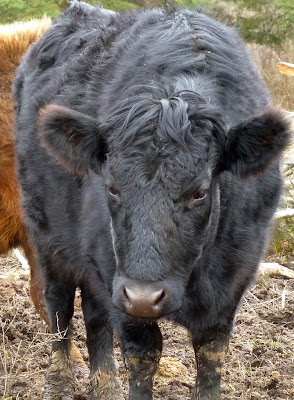 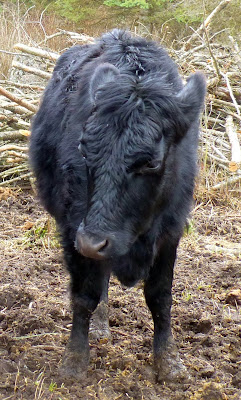 Normally this isn't a big deal except for one thing: Shadow is due any day now with our first calf of the season. We especially want to keep an eye on Shadow because her calf died last year, the first calf death we've had in fifteen years of raising cattle.

We like to scoot our expectant cows into the corral just before giving birth. We're not always successful, but that's the ideal situation. This way the mothers aren't tucking themselves down into the woods and having their calves in bad weather or subject to predators. But right now it's mud season and our corral is deep in muck. 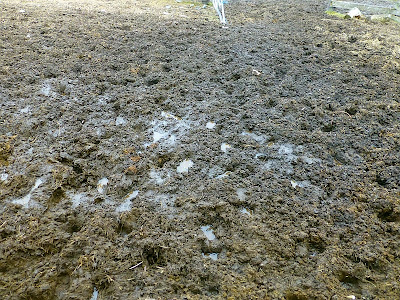 For purposes of reference, here's my boot, six inches deep. 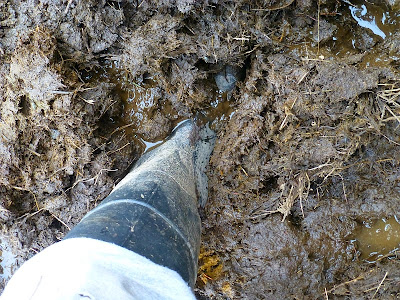 Can't have a poor calf born in that or it would get stuck.

So our plan is to tuck Shadow into the barn (where Matilda and Amy normally spend the night) and just leave her there for a week or so until she has her calf. But first -- we have to figure out who is Shadow and who is Sparky.

So I went out today and compared the two. Back and forth. I compared and contrasted. Front side and backside. 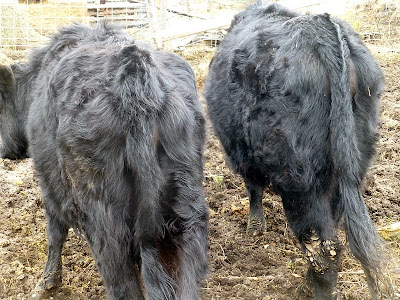 You might think a cow who is nine months' pregnant wouldn't be hard to identify, but I can assure you it's tough. (In the above photo, Shadow is on the right.) I mean honestly, these ladies could be twins. (They're not.)

After a great deal of looking at both of them, I discovered one minor difference: Shadow has some white hairs scattered across the bridge of her nose. 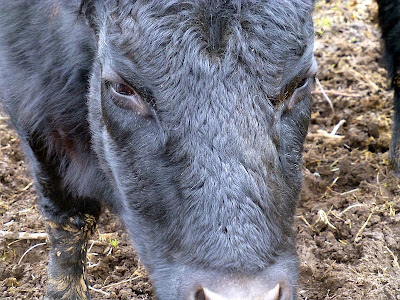 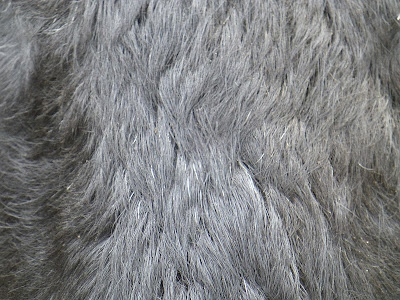 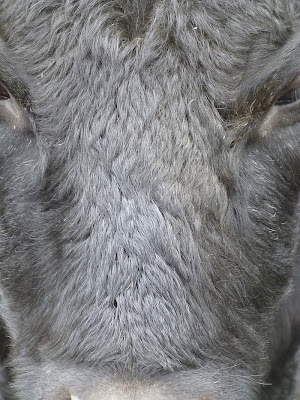 So when the opportunity arises to tuck Shadow into the barn, be sure we'll be looking for white hairs. And let's hope Sparky doesn't sprout a few in the meantime.
Posted by Patrice Lewis at 4:37 PM