I've been obsessing about Shadow lately, our little cow who lost her calf last year. She's due to give birth any day now, and above all I didn't want her to have her calf down in the woods amidst the mud, cold, wind, and rain. I want every chance for this calf to live.

Because conditions are so muddy right now, we decided just to let her loose in the driveway and give her free access to the barn, which has not only shelter, but all our hay. (Yeah! Feast!) 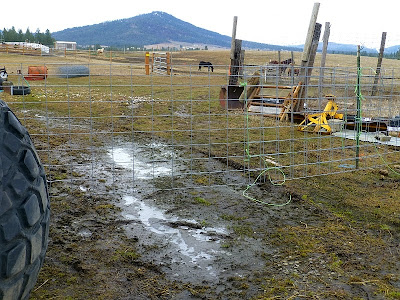 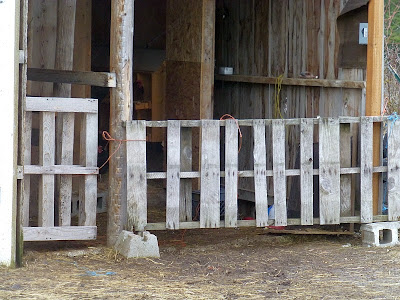 ...or of course out the driveway. 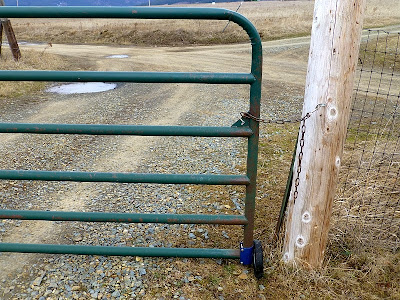 Last night we fed everyone in the feed lot, as usual. But this time we locked the herd in overnight. By morning, because they couldn't get to the water tanks in the corral, they were grumpy and thirsty. Everyone wanted to get out of the feed lot and into the corral to drink. But first we needed to separate Shadow, so we all donned boots and shooed everyone out one by one until just Shadow was left. Everyone dashed for the corral where we have the two water tanks. 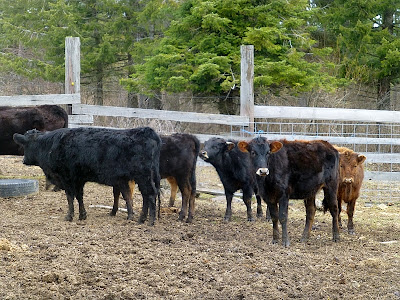 Shadow made straight for the barn and commenced foraging. Whoo-hoo! Feast! 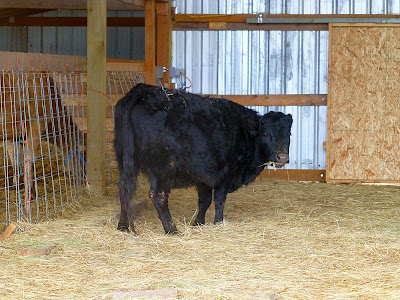 Then a funny thing happened. All the other cattle disappeared into the woods, foraging on the small amounts of new grass poking through the mud. Shadow continued to gorge in the barn for a couple of hours. Then abruptly she raised her head and realized... she was alone! Gasp!

But her frantic calls brought the other beasties up from the woods and they all hung around companionably by the fences. Shadow calmed right down. I think she must have thought we'd taken everyone else away or something, and was reassured when they all showed up.

At any rate she settled back down in the barn for the rest of the day, peacefully chewing her cud. 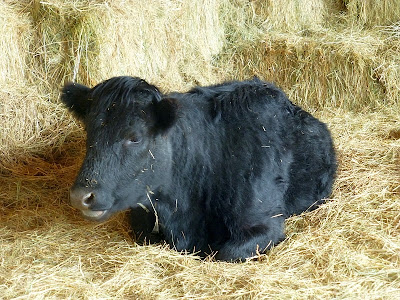 I've been keeping a sharp eye on her tail end, but there are no indications a birth is imminent. 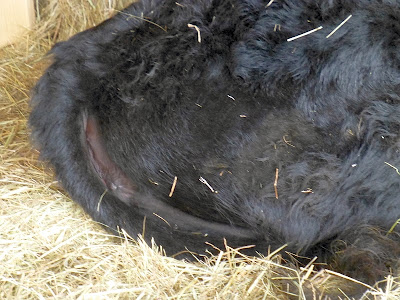 We've been having some violent squalls today, so I'm glad she's in the barn, warm and dry.

We could be in for a long wait before her calf shows up, but that's okay. Shadow has shelter, no mud, plenty of food, and fresh water. Not much more a cow could ask for while waiting for a calf.
Posted by Patrice Lewis at 6:10 PM

Email ThisBlogThis!Share to TwitterShare to FacebookShare to Pinterest
Labels: Shadow