I got another middle-of-the-night wakeup call this morning when I heard our bull lowing around 3:40 am. He'll often bellow in sympathy when someone's in labor, and since we expected Sparky to have her calf any day, I guessed what was happening in the barn.

Sparky is small and this is her first calf, so I wanted her close at hand in case she had difficulties. We tucked her into the corral a couple of weeks ago, and she's been hanging around watching Lily and Victoria have their calves.

By the time I got to the barn at 4 am on the dot, she'd already dropped her calf. This seems to be my specialty lately: arrive just in time to see the wet calf on the ground -- before it's on its feet -- but missing the actual birth. Oh well, we still have five more calves due.

Anyway, the calf was right in the doorway of the barn, on a spot where the ground slopes down into mud from recent rains. Bad spot for a baby. 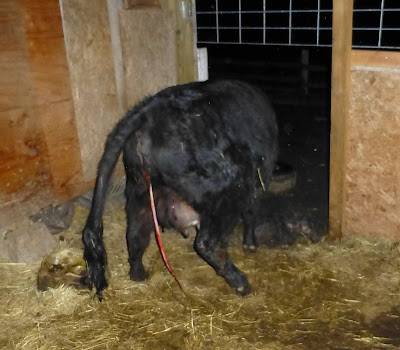 So I picked her up and scooted her further into the barn. (Sorry about the weird eyes, the flash makes everything look funny.) 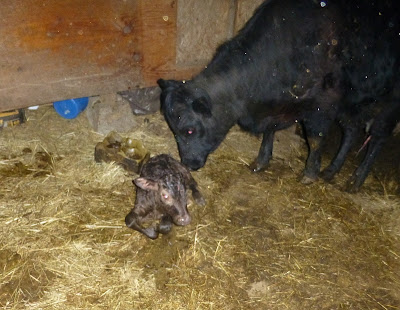 Dawn eased into the sky as Sparky licked her baby. The full moon set behind some clouds... 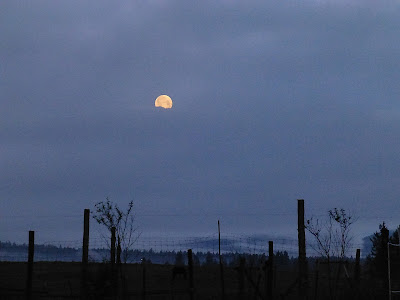 ...as the newborn got shakily to her feet. 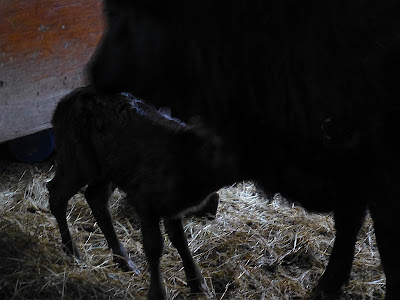 It took about twenty minutes for her (yes, it's a little girl) to make it on her feet, which had me a bit concerned (usually a calf is up in about ten minutes), but I shouldn't have worried. Within minutes of standing, she began nursing. 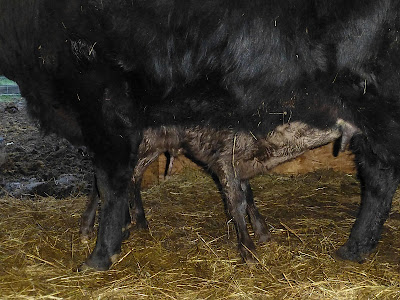 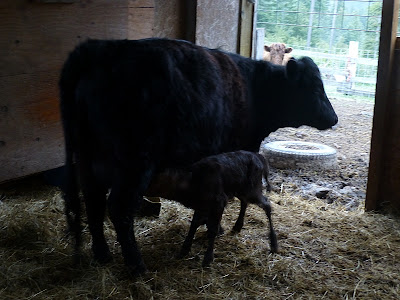 As the calf began to dry off, she emerged with an unusual dusky grey-brown fur. I think we'll name her Dusty. 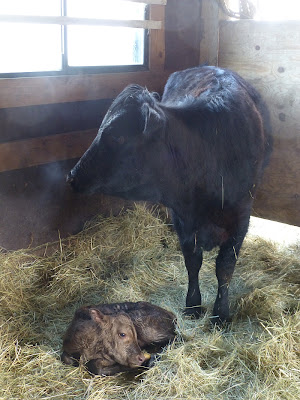 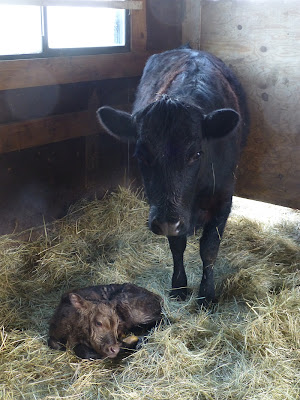 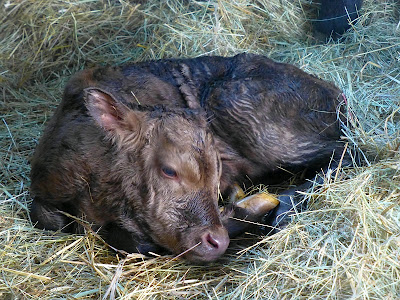 Unlike Victoria, who took some time to "settle in" to being a mom, Sparky has been vary calm, very attentive from the start. 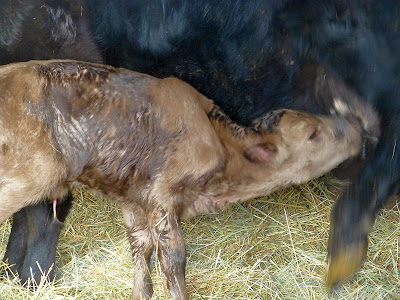 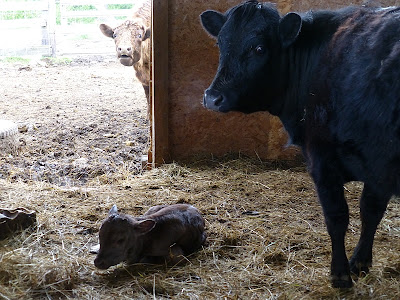 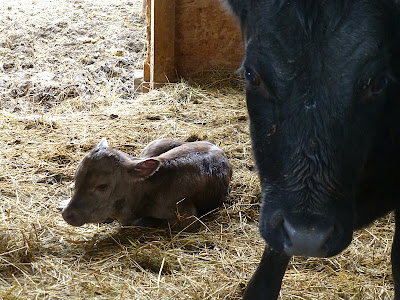 About 7:45 am, almost four hours after dropping her calf, Sparky delivered the placenta. 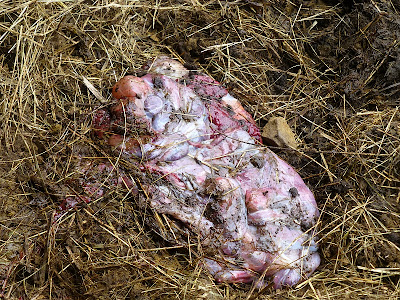 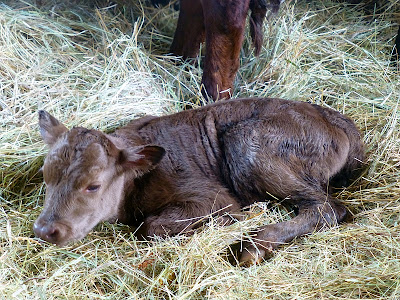 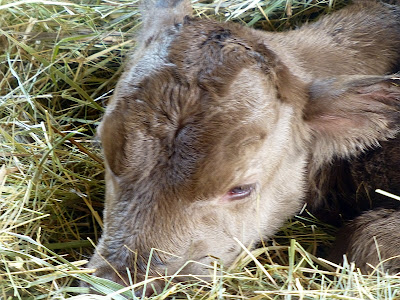 And I'm relieved that Sparky's first birth went so well! 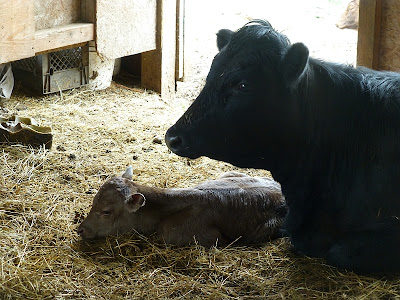 Posted by Patrice Lewis at 6:58 PM