I almost hate to confess (since the east is still walloped with tons of snow) that spring is springing here in north Idaho. This past week we've seen a rise in temperatures to the high 40s and all the snow is gone except for icy patches left over from berms.

Four days ago, this was the front of our house. The temperature had risen above freezing and the snow was slowly sliding down the metal awning, curling over the edge. 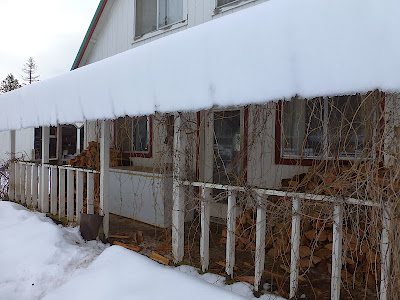 It curled so low it was blocking light from the windows. 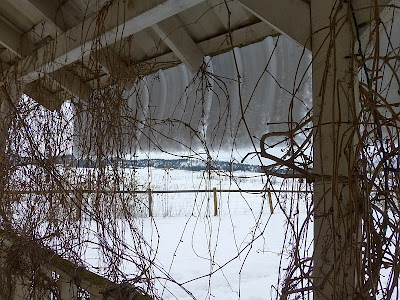 Water was melting from the snow and forming rivulets from the roof and Virginia creeper vines. 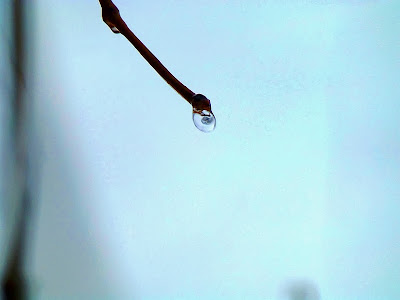 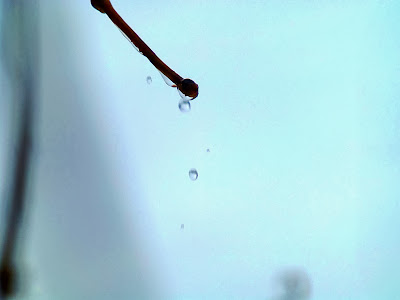 We've had a flock of quail around a lot, pecking at any bare spot they can find. 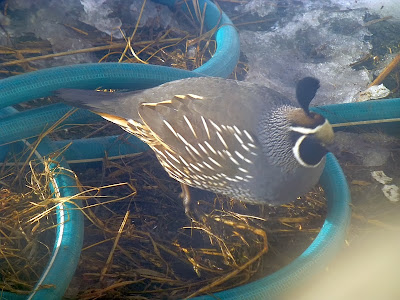 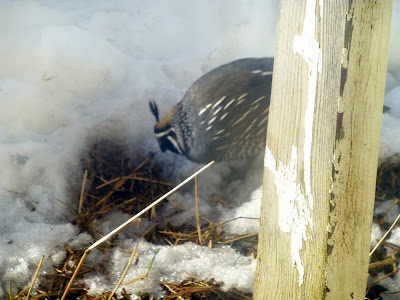 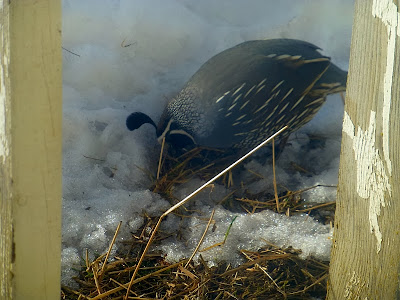 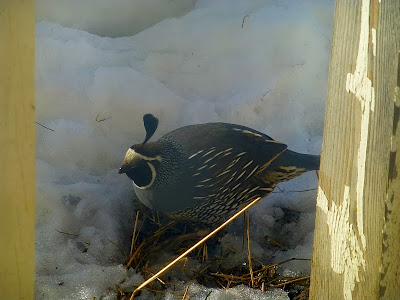 They're as fat as butterballs. 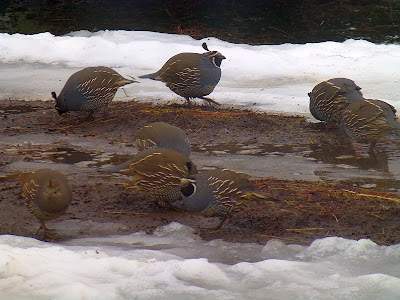 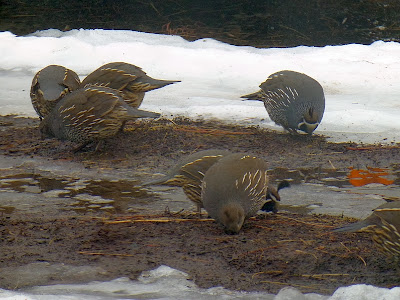 On Tuesday I drove to the county seat and saw the ice is breaking up on the lake. 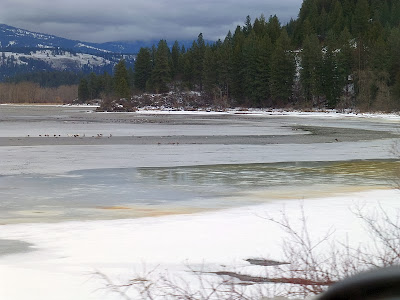 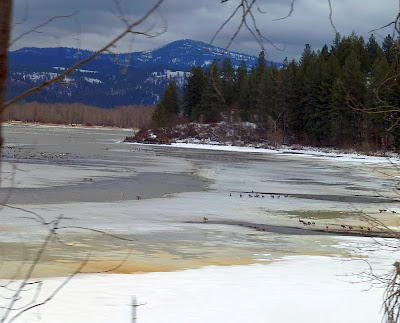 This morning I stepped onto the front porch and heard... a meadowlark. A sure sign of spring! Yesterday we also saw bluebirds. This morning while feeding the cattle I heard robins. I've seen starlings doing their mating dance.

I'd say spring is springing in a major way!
Posted by Patrice Lewis at 8:27 AM