This morning my brother (an engineering nerd, let it be known) emailed to wish me "Happy Pi Day." 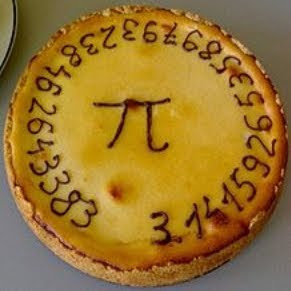 Pi, as you know, is the mathematical ratio of a circle's circumference to its diameter. 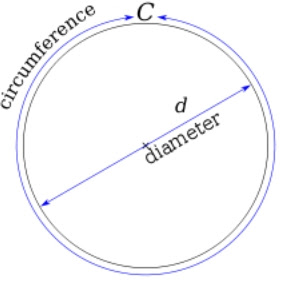 While pi is a constant, it's also infinite. 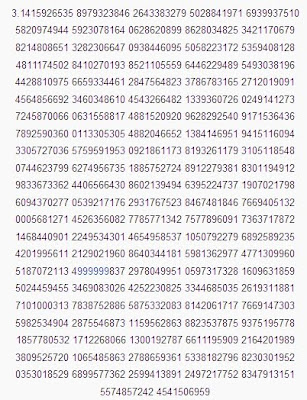 My kids get a kick out of listening to The Pi Song. 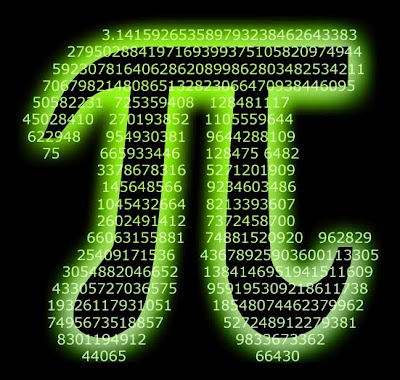 Yeah I know, that's what I get for growing up in a family of nerds...

UPDATE: Reader Rob sent me this photo of a pi pie. He said, "Hmmm, looks like raspberry... There's a nerd joke in that..." 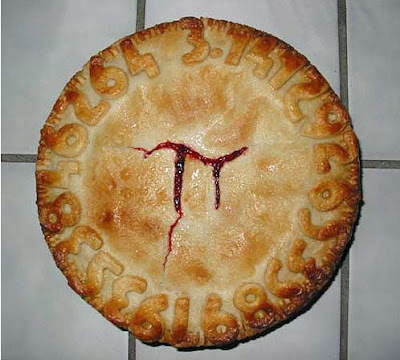 Not sure what the nerd joke might be, so if anyone knows, feel free to elucidate.
Posted by Patrice Lewis at 7:54 AM

Email ThisBlogThis!Share to TwitterShare to FacebookShare to Pinterest
Labels: pi