But in the early days of having my own laptop, I was naive about a few things, most notably that articles and website can disappear. Bookmarks aren't forever.

I realized this a few years ago when I went back to look for an article I know I had bookmarked some time before. I found the bookmarked, clicked on it, and it brought up... nothing. The page was gone.

After a few more similar experiences, I realized that if I really wanted to keep an article, I had better start copying-and-pasting the relevant information into a Word document, and include the online link just in case.

This became particularly important as I began collecting information on preparedness, homesteading, gardening, etc. If I wanted to keep the information from an online source, I'd better copy-and-paste.

But even that only goes so far. It goes without saying that if the power is out, those copied-and-pasted articles are useless. So... I needed hard copies.

I began the very lengthy process of printing off my collection of information last April. 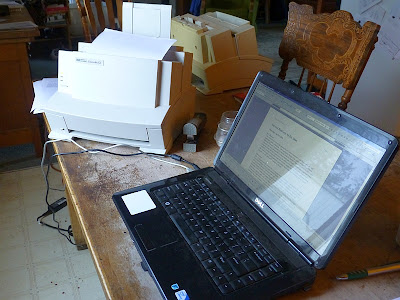 But I only got so far before my elderly and much-loved printer broke down. Such is life.

This is our new printer. It's one of those whiz-bang combo models that scans, copies, prints, waxes floors, and hangs laundry. 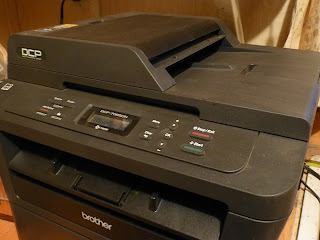 Last week I set up the printer on the kitchen table with my laptop and finished the job of printing the articles I had accumulated. 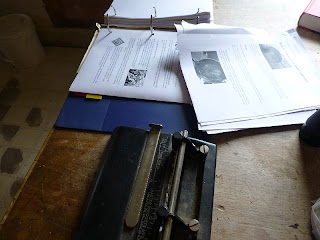 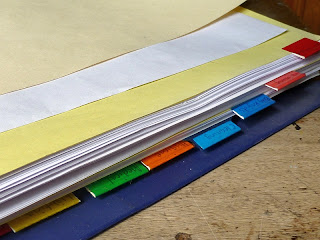 Coupled with the material I printed last April, the binder is filling up. 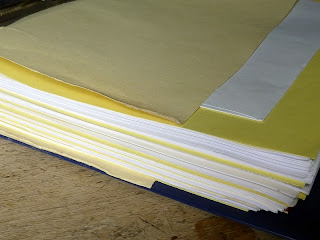 It goes without saying that this project will never be "complete." There's always more information to be found, but it's an easy thing to make sure I have a hard copy should the need arise. Just this morning, for example, I printed out articles on how to make vegetable rennet as well as animal rennet. Hey, ya never know.

I urge everyone to consider doing the same thing. Computers are marvelous things, and the internet is just about the best invention since sliced bread; but if neither functions, nothing beats hard copies of important information.
Posted by Patrice Lewis at 7:50 AM