As you doubtless know, much of the western U.S. is experiencing a heat wave. There are hideous reports of 120+F temps all over the southwest. 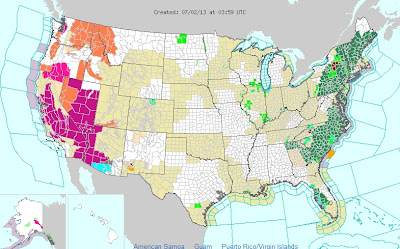 In anticipation of this heat, on Saturday morning we decided to move the cattle to the wooded side of the property, where there is more shade.

Saturday dawned with a mighty thunderhead in the west. 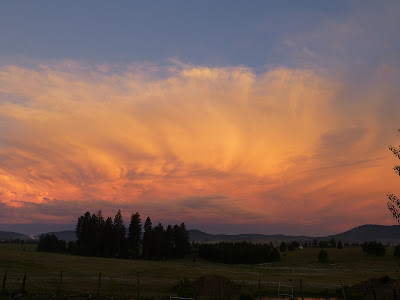 As dawn broke, the western sky displayed all sorts of bizarre cloud formations as thunderstorms dodged around us. 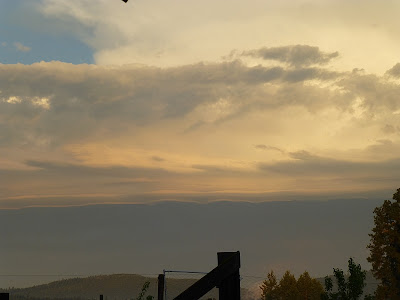 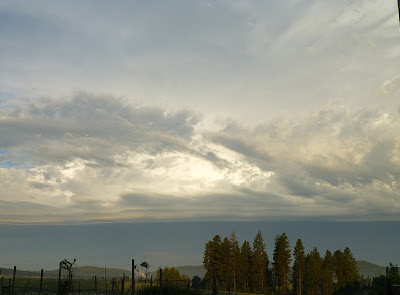 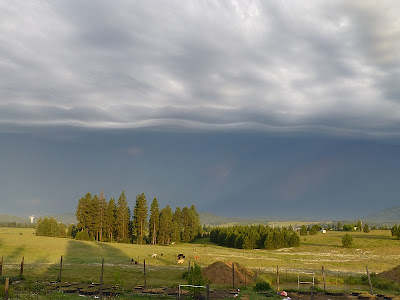 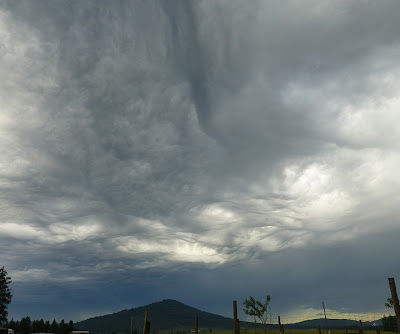 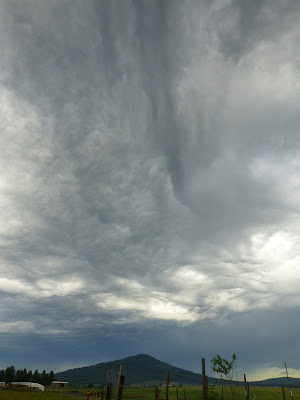 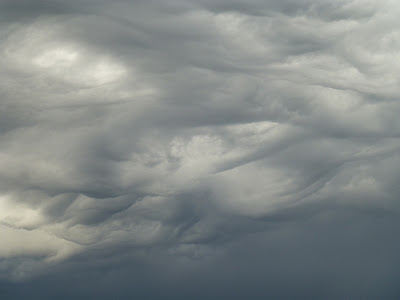 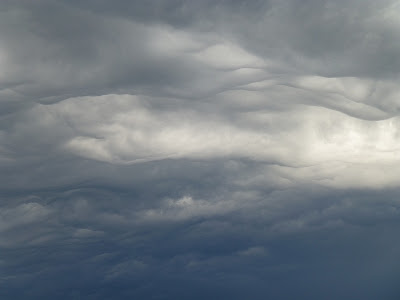 Sadly the storms mostly skirted us by, and we received just a sprinkling of rain before the clouds moved on and the heat moved in.

As you can see, not much shade for the critters in the pasture. Time to move the herd. Animals don't need to suffer through heat, not if we have alternatives. 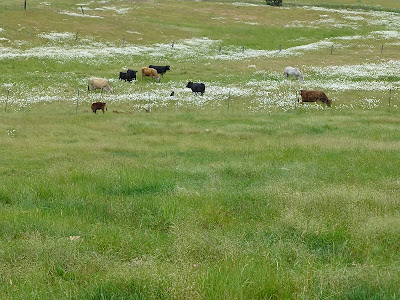 So we opened the gates to the woods and sent out our universal cattle call: "Bossy bossy bossy bossy BOSSY!!" (In case you're wondering, Bossy was the first cow we ever owned.) 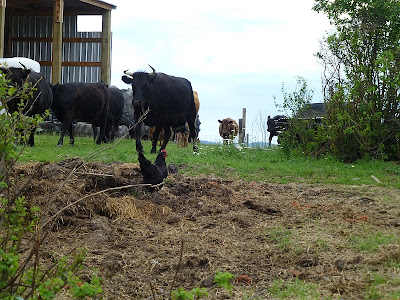 In no time, everybody was moseying into the woods. The calves had never seen this side of the property. 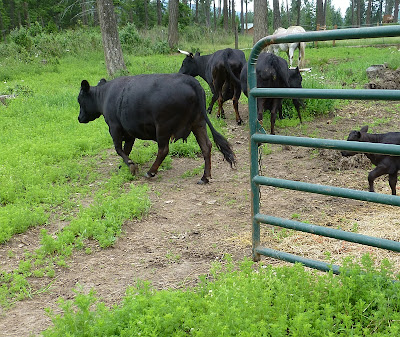 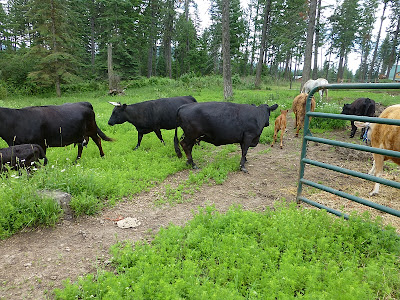 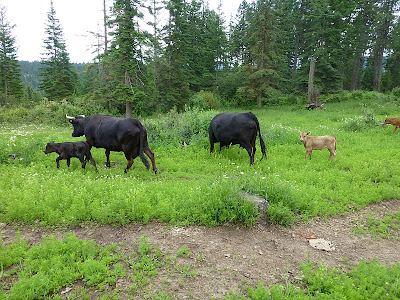 We kept the water tank in the driveway, though, so we could keep an eye on it and make sure it was always full. This is Raven and Chester. 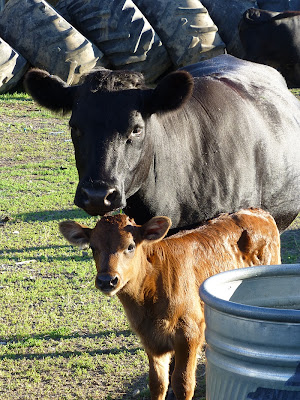 Meanwhile on Sunday, the girls left for a week-long church community service camp. I hope they don't work the kids too hard in the heat. 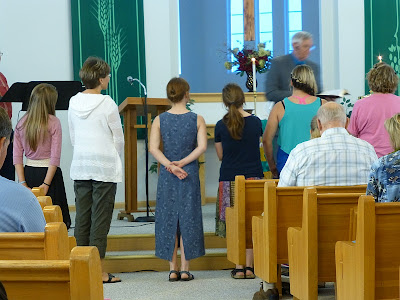 Late Sunday evening, with the sun down, the calves got frisky. 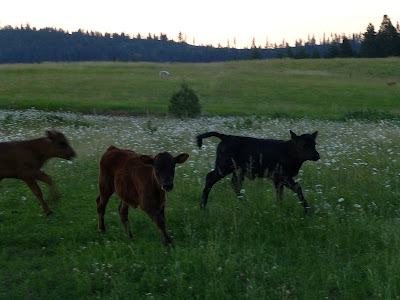 Today, Monday, is the worst heat day. I watered the garden early -- it takes 2.5 hours to water -- and I noticed a neighbor working in her garden as well. 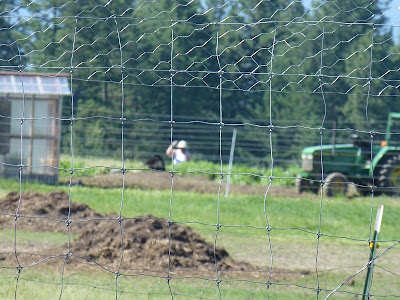 The heat is making the new strawberry plants explode in size. A few even had some almost-ripe berries. 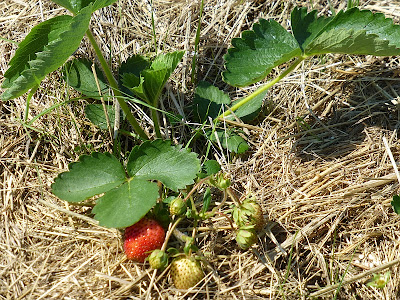 This afternoon the temperature climbed to a gasping humid 94F. I realizing this is laughably cool by, say, Phoenix standards, but (whimper) we're not used to this in north Idaho. We don't have air conditioning. Could have been worse, though. They were predicting 102F. 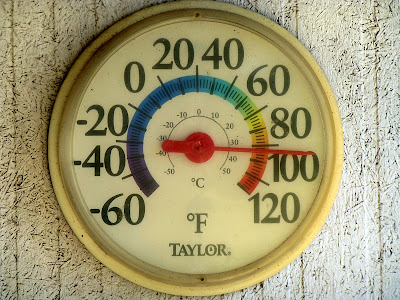 The chickens stood around in the shade with beaks open and wings up. 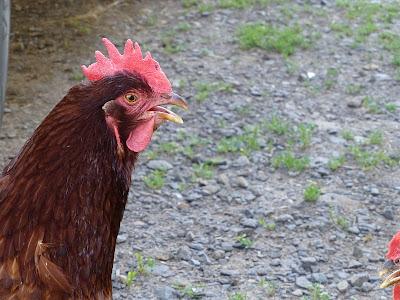 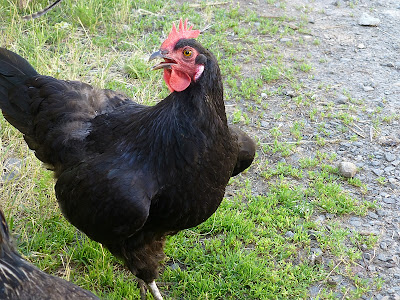 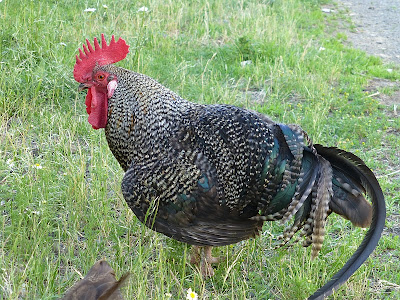 A good day for homemade ice cream. We got cream, we got milk, we got eggs. 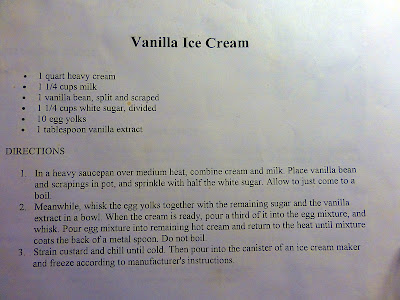 We got ice cream. 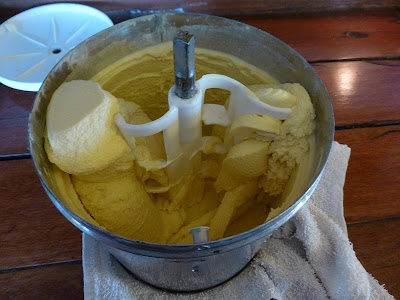 What's the temperature in your neck of the woods? 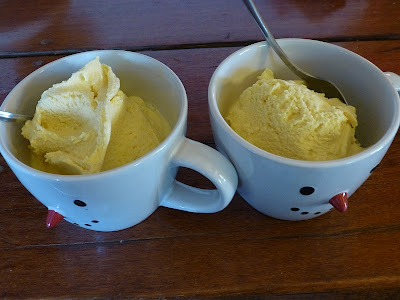 Stay cool, everyone!
Posted by Patrice Lewis at 10:15 PM