For the last three weeks, we've been working on a massive production run of about 300 pieces in anticipation of my annual sales trip to Portland.

This meant that the house was almost always in production mode (meaning, really really messy). With a home business, work just spreads everywhere. The kitchen table seldom saw a meal. Instead it saw lots of various stages of glue-up, coating, testing, etc. 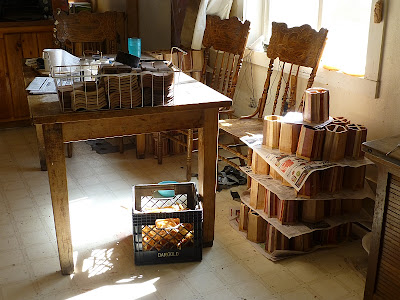 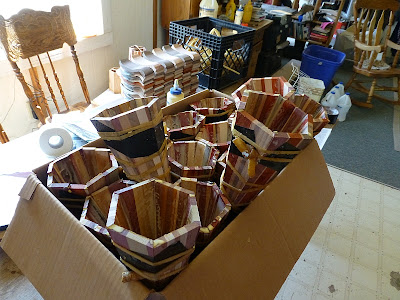 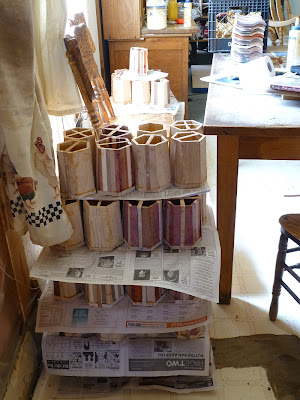 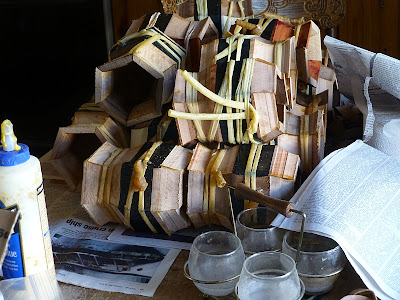 After the tankards are glued up and sanded, we put on handles, then shoot them twice with varnish. This is done outdoors in good weather. This photo shows about one-third of the production run -- we did them in stages. 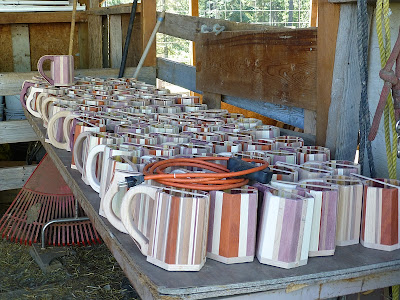 Brit came over to say hello. Hey, we're a family-friendly business, including the four-legged family members. 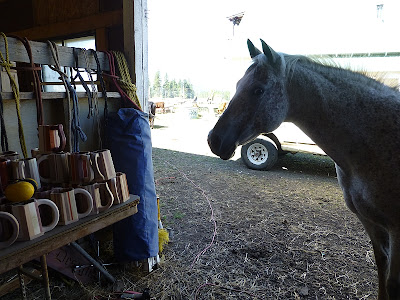 Half the tankards shot (first coat). 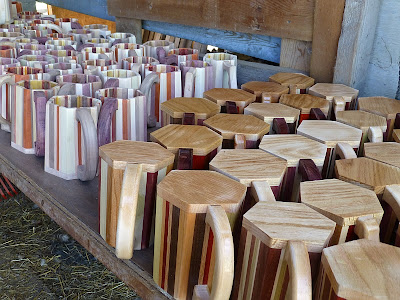 Once the tankards are shot, we double-coat the inside with a food-safe epoxy resin lining. See? The kitchen table is in constant use. 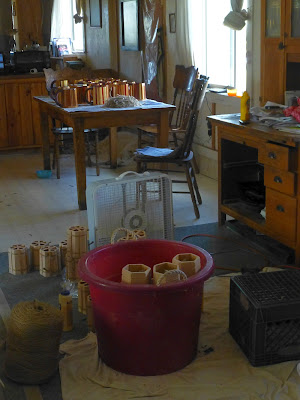 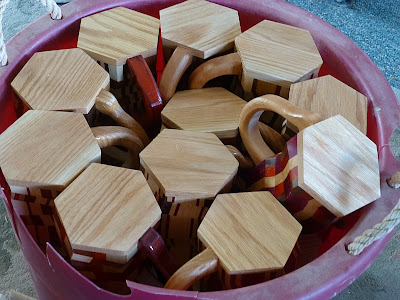 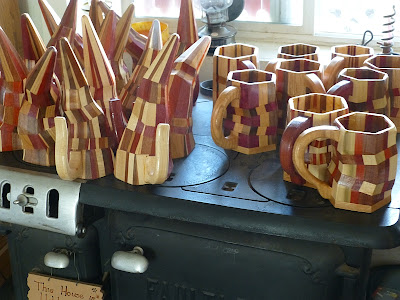 The girls work very hard this time of year, alongside us. It's nice that they're of an age to do a lot of the production work. We pay them, of course, and they like being able to earn money.

Horns, freshly-coated. The really funky pieces sell well in Portland, so we made sure to stock up. 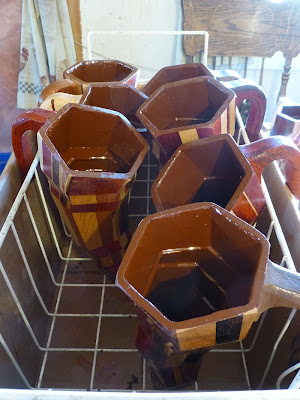 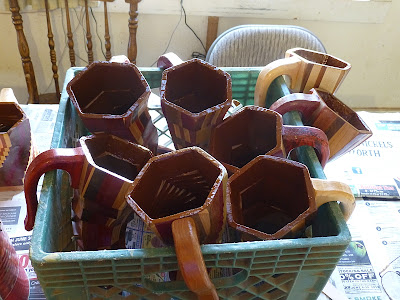 We let everything dry for a few hours, then second-coat to make sure we didn't miss a spot. Once the tankards are dry, we force-cure them in the oven by baking them at low temperatures. 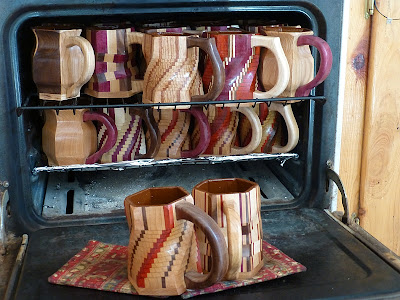 Once they're out and cool, we fill them with water to test for leaks. 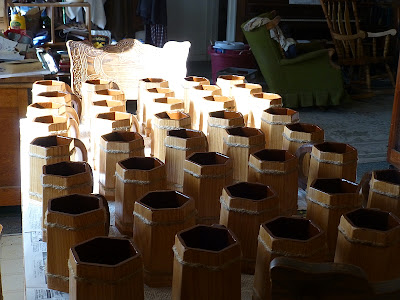 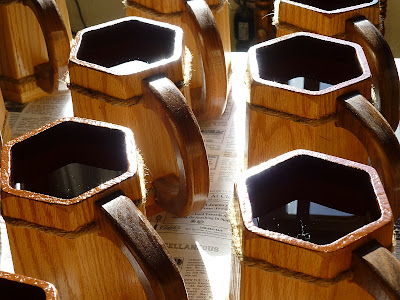 Leaks seldom happen (about 1%), but when they do we can usually repair them. Since we're so busy at the moment, we just put the leaking tankards aside and will repair them later. 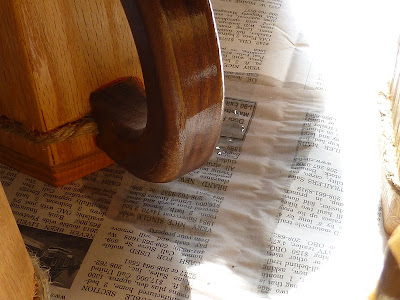 We stacked the finished tankards in a pile... 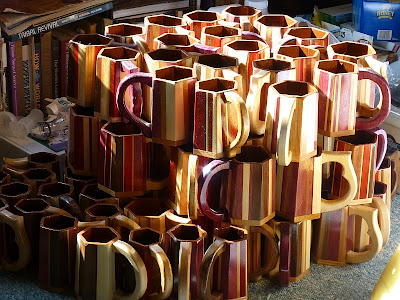 ...which grew and grew until we started boxing them just to get them out of the way. 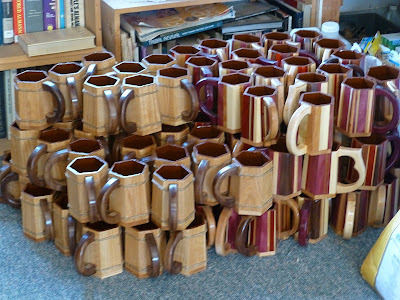 We shipped a bit under half via FedEx Ground (I'll pick them up in Portland) because there are far too many to fit in the vehicle. Tankards that are traveling with me don't need to be individually wrapped and padded with bubble wrap, as when shipping. 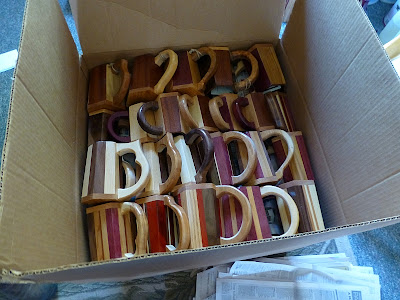 By the time you read this blog post, I'll be well on my way to the Big City. Pray for a safe journey!
Posted by Patrice Lewis at 4:20 AM