Phew -- the festival is over! It's been an exhausting five days, but now we're done and we'll be heading home.

Sundays are usually (and understandably) our slowest sales day, but yesterday we sold 28 pieces! For a Sunday, that was spectacular. Overall for the show, I sold 137 pieces, which while not as high as last year, certainly exceeded sales for all previous years (which have averaged 110 or so pieces).

So it was a nice end to a tiring trip. Here are some photos from the day.

I stopped and looked at the map of where visitors are coming from. It was much more filled in than it was after the first day -- folks hail from literally all over the planet. 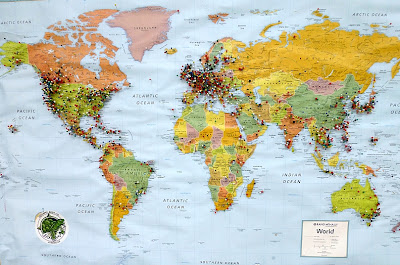 Lots of folks from India and the Middle East... 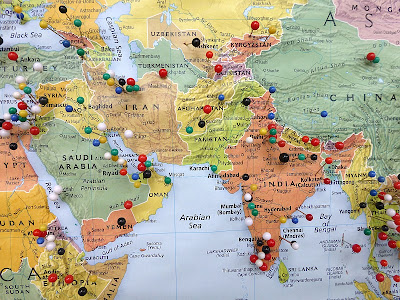 ...and many many from Europe. 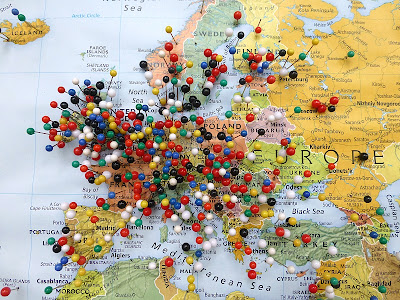 Every state in the nation was comfortably represented. 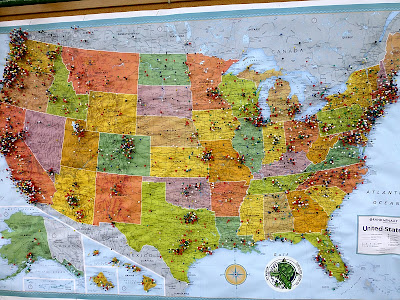 Here's the underside of the massive Morrison Street Bridge. It's hard to appreciate these behemoths until you see their structural supports up close. 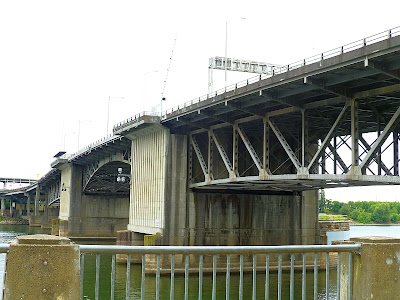 I've always been fascinated by this complex collection of bridges and highways. 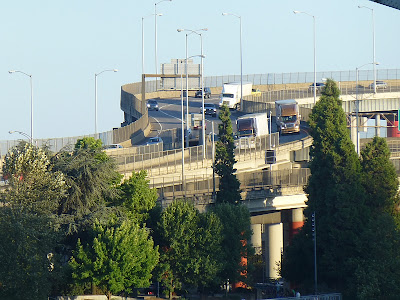 A cheerful young man let me take a photo of his -- earplug? earring? -- which was square. 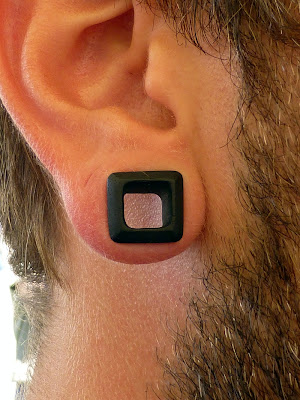 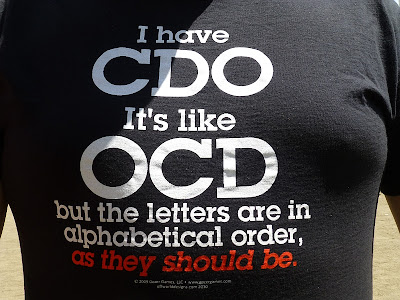 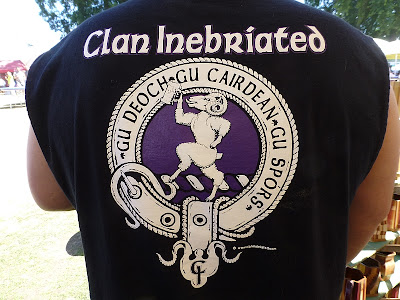 A man came in and bought a rather astonishing four tankards. When I asked if he wanted a bag, he preferred instead to string them on his belt. Advertising -- works for me! 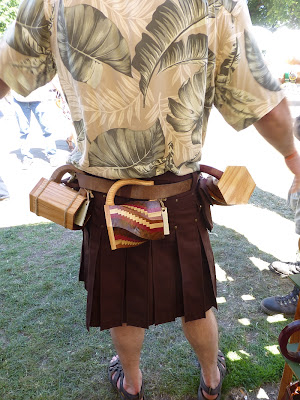 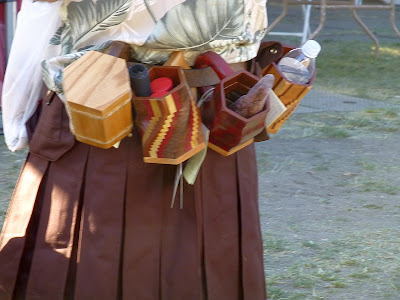 Actually this generous fellow bought five tankards, but he gave one away to someone else who couldn't afford one. As it turns out, he told me that he's been down-and-out at times in his life, but now he has a business that makes him a lot of money, much more than he needs. He was on a one-man mission to give it away -- by being generous to strangers, by being generous to crafters (he patronized all the other booths around us)... it was a lovely philosophy. 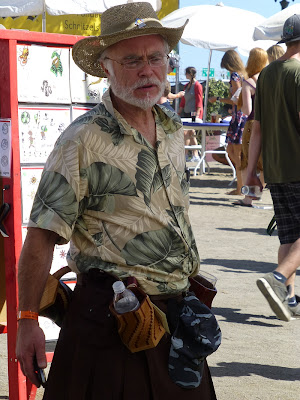 Here was a delightful pair of blog readers, Connie and Devin, who stopped in to visit. I just love it when I get to put names to faces and meet readers. Fortunately they came at a time when it wasn't too busy in the booth, so we were able to visit for awhile. 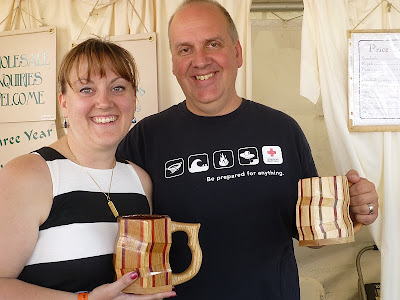 In honor of the occasion, Devin wore a T-shirt he knew I would appreciate. 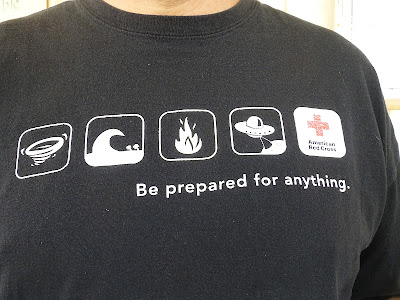 As the afternoon wore on, we started removing the lower shelves of the shelving units in order to keep the upper shelves looking full. 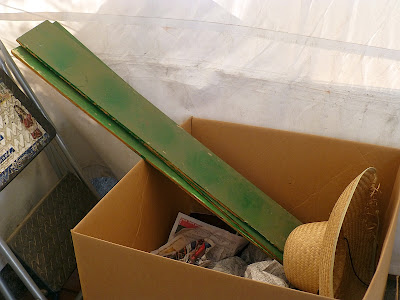 This couple was enthusiastically dancing to the music from the band. They happened to be standing in a shaft of sunlight, which made his yellow suit more distinctive. 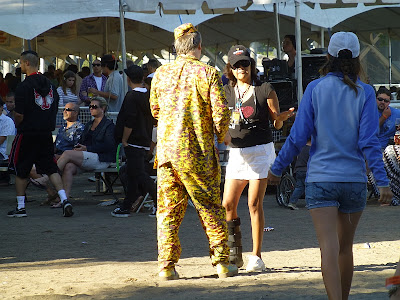 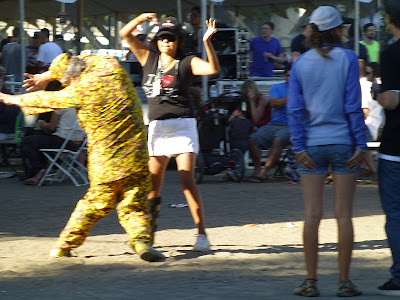 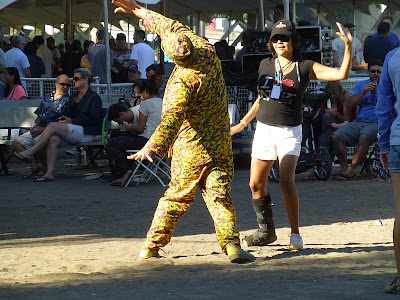 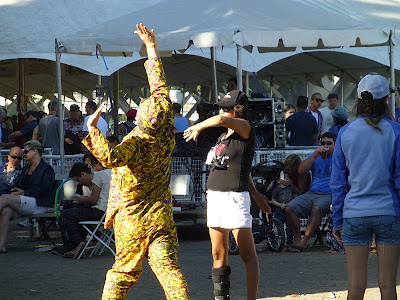 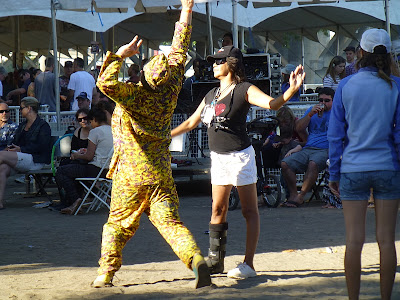 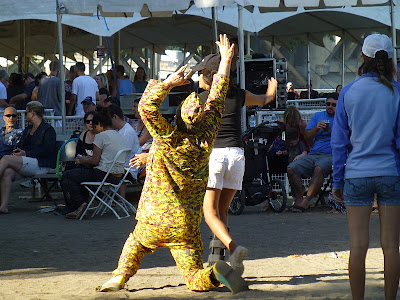 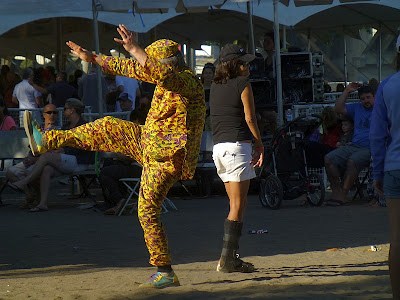 Thankfully this fashion trend of wearing pants below the rear is waning. I really don't care to know what color someone's drawers are. 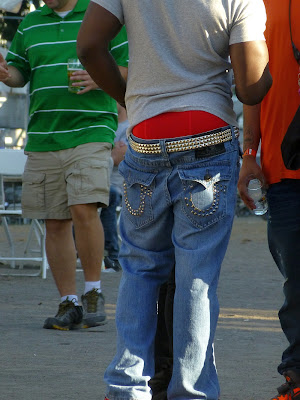 It was interesting to note how he handled a simple act like sitting. 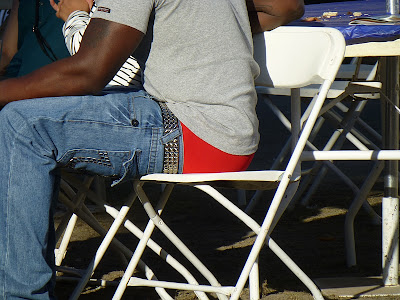 By 7:30 in the evening, the booth was well on its way to being disassembled. 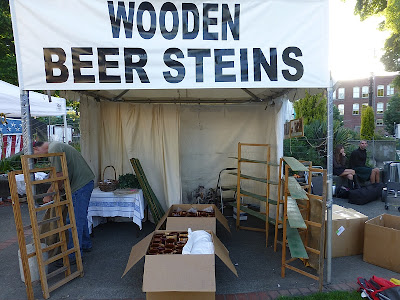 Tim and I returned home to find my friend Wendy had bought me an interesting local concoction: a bacon maple donut from a bakery called Voodoo Donuts. Younger Daughter wants to assure everyone that these donuts are "insanely good" and they "melt in your mouth," but (ahem) I was underwhelmed and let her finish it. 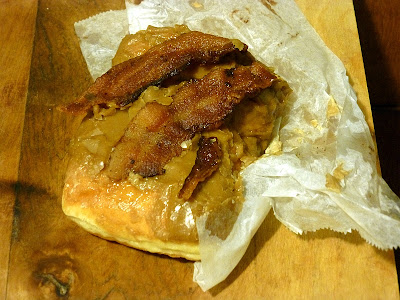 All in all it was a tiring but very satisfying selling trip. Younger Daughter and I will be indulging in a trip to Powell's Bookstore shortly after I post this, then heading out for the long drive home.

Thanks for coming with me to Portland!
Posted by Patrice Lewis at 8:15 AM