Well yesterday's first day of sales weren't anything like the sales of last year... but still nothing to complain about. I sold 20 pieces (compared to last year's 44), but to be fair, this is much more normal amount of sales.

Here's our booth, all set up. 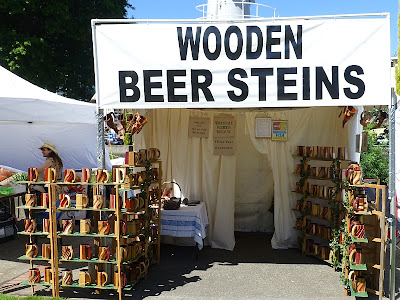 Next to me was a booth selling kilts, with colorful garments hung up like autumn leaves. 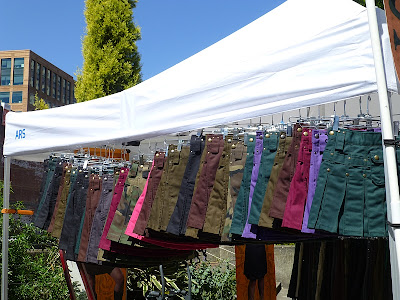 The booth's name is Stumptown Kilts, and they had this rather startling natural log formation on display. 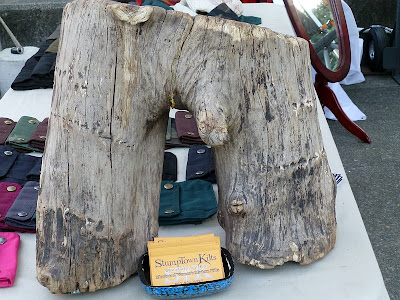 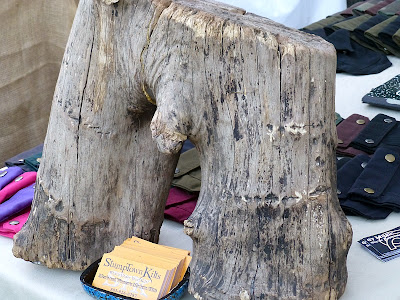 In keeping with its unofficial motto "Keep Portland Weird," people were out for a day of enjoyment. I asked a number to come into the booth to pose with tankards. Here's a couple of pretty fräuleins. 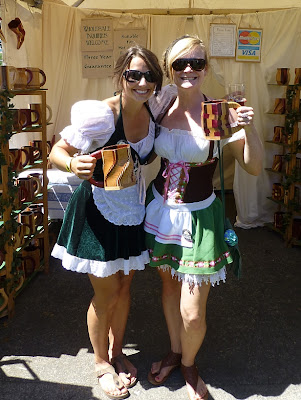 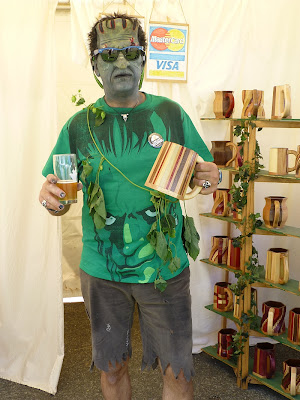 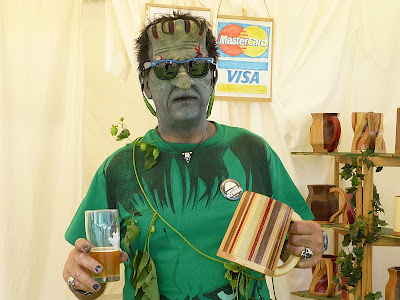 Needless to say, he was with his wife "Stein." (She was dressed like a beer stein.) 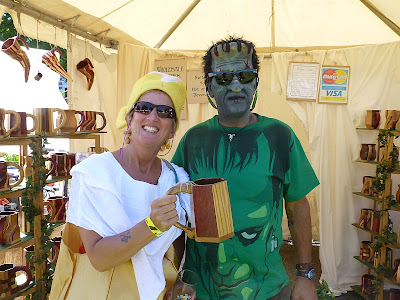 Get it? Frank and Stein. Get it? Hey, just doing their part to keep Portland weird.

There was a handsome (as in, "I know I'm handsome") fellow walking around dressed like a king. He was being followed by a cameraman. I asked him to pose with some tankards, and he was happy to do so. The cameraman filmed everything -- apparently they were recording a promotional video for a beer company or something. 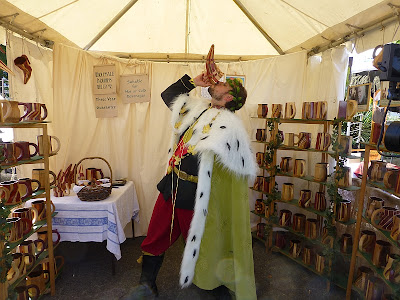 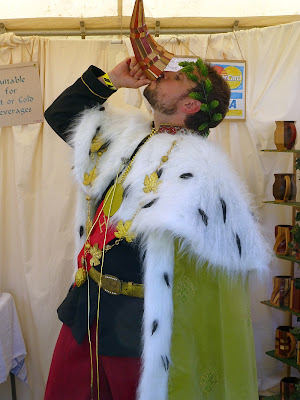 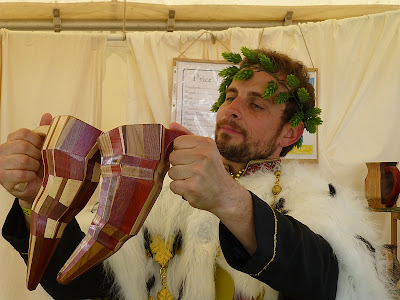 What a ham. Actually, both he and the cameraman were very nice. 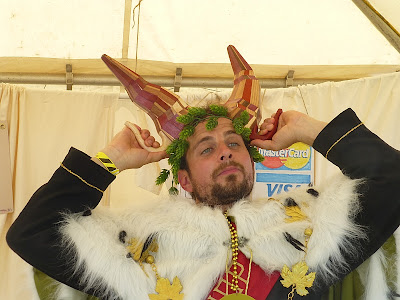 There were news stations filming as well. Here a reporter is talking to a group of people. The woman on the left in the green T-shirt is Chris -- she's the vendor coordinator and a wonderfully cheerful and competent organizer. 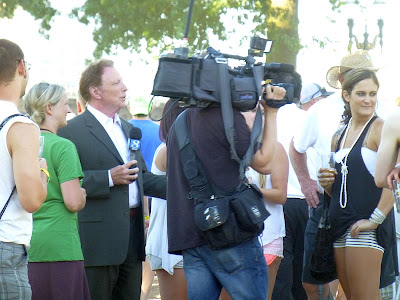 Here's an adorable toddler whose father bought him one of our miniature "shot glass" tankards. Cute kid. 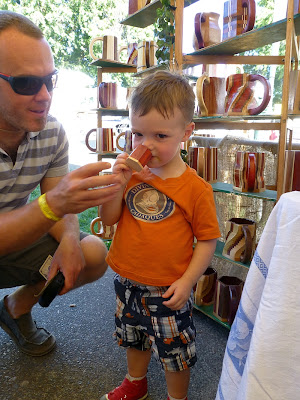 Entertainment ranged from neutral to Very Very Good. This was an all-woman saxophone band playing jazz and blues. And wow -- they were VERY VERY good. 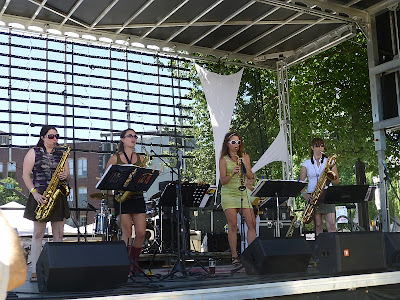 In the evening there was a reggae band that brought out these enthusiastic dancers. The shirtless fellow danced for the band's entire performance. 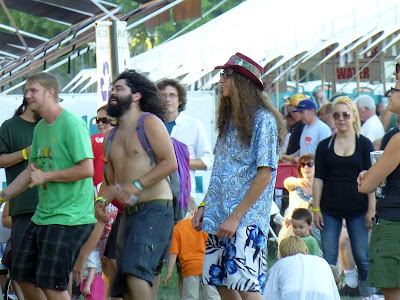 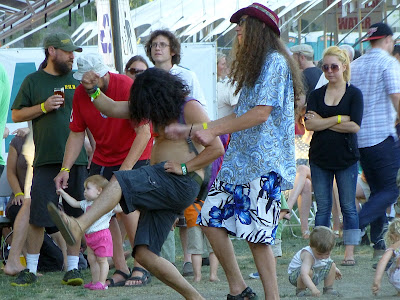 There was a disappointingly few really funny T-shirts, but here are a couple: 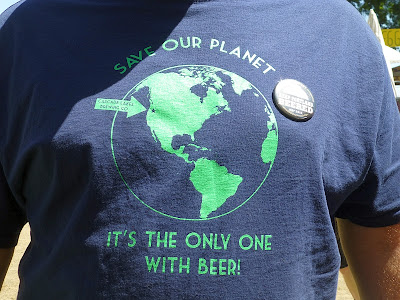 To counter all the weirdness from yesterday, this morning I passed this pretty little garden shining in the sun. Portland has a lot of these little spots of green tucked here and there. 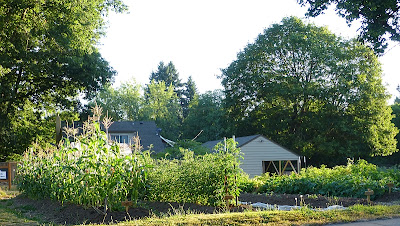 Okay, I'm off for the second day of sales. Wish me luck!
Posted by Patrice Lewis at 8:34 AM