Last Thursday Don had his first follow-up appointment since he was hospitalized for acute kidney failure a couple weeks ago. Thankfully his kidneys are working fine now, but he spent the last two weeks with a catheter and catheter bag. Not fun. He's also been on medication to shrink the prostate, which is at the root of all these issues.

So on Thursday morning, we were instructed to remove the catheter six hours before his appointment (meaning, about 8 am), which we did. It rapidly became apparent that the catheter was still necessary because he was still blocked from urinating. What fun.

Several calls to the urologist's office followed, and it was determined that he needed to come in earlier than his scheduled appointment. I drove him in to Coeur d'Alene, he disappeared behind closed doors, and they withdrew a quart and a half of urine from his bladder. He felt MUCH better afterwards. 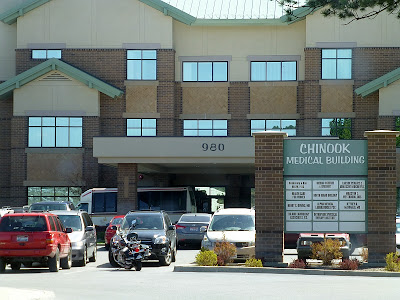 So obviously the problem is persisting. The urologist determined that the prostate is still grossly enlarged and had been slowly enlarging over several years. It just reached the tipping point in early April when all this started. The medication is taking so long to be effective that we'll have to see how things are in another two weeks or so.

Meanwhile they taught Don how to self-catheter. Yes, you heard that right. He's been an absolute trooper about this procedure, and in fact is quite cheerful about it, especially since he doesn't have to wear a bag or have the catheter tube in all the time. "Hey, urination is good!" he says jauntily. That's my man!

Bottom line, we're strongly considering some laser therapy treatment at some point in order to permanently shrink the prostate and keep this problem from periodically flaring up. We're also thinking about the long-term outlook. If Don had not had prompt access to hospital care when he did, this situation could have turned out far, far differently. We don't want the prostate to keep causing him difficulties which could prove grave if immediate medical care isn't available at some future point.

One outstandingly phenomenal piece of news -- thanks be to God! -- is there is no cancer in the prostate. That had us deeply concerned for awhile.

So that's the skinny so far. I want to thank everyone once again, from the bottom of our hearts, for your prayers and well-wishes, your get-well cards and emails, and your overall support. It means more to us than we can say.

UPDATE: A reader sent this, which I thought was remarkably apt. 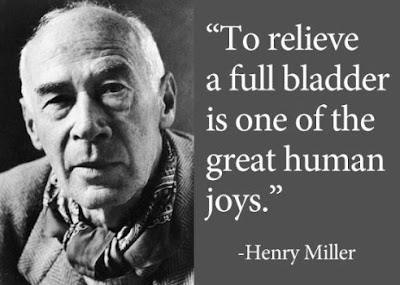 Posted by Patrice Lewis at 8:09 AM

Email ThisBlogThis!Share to TwitterShare to FacebookShare to Pinterest
Labels: illness